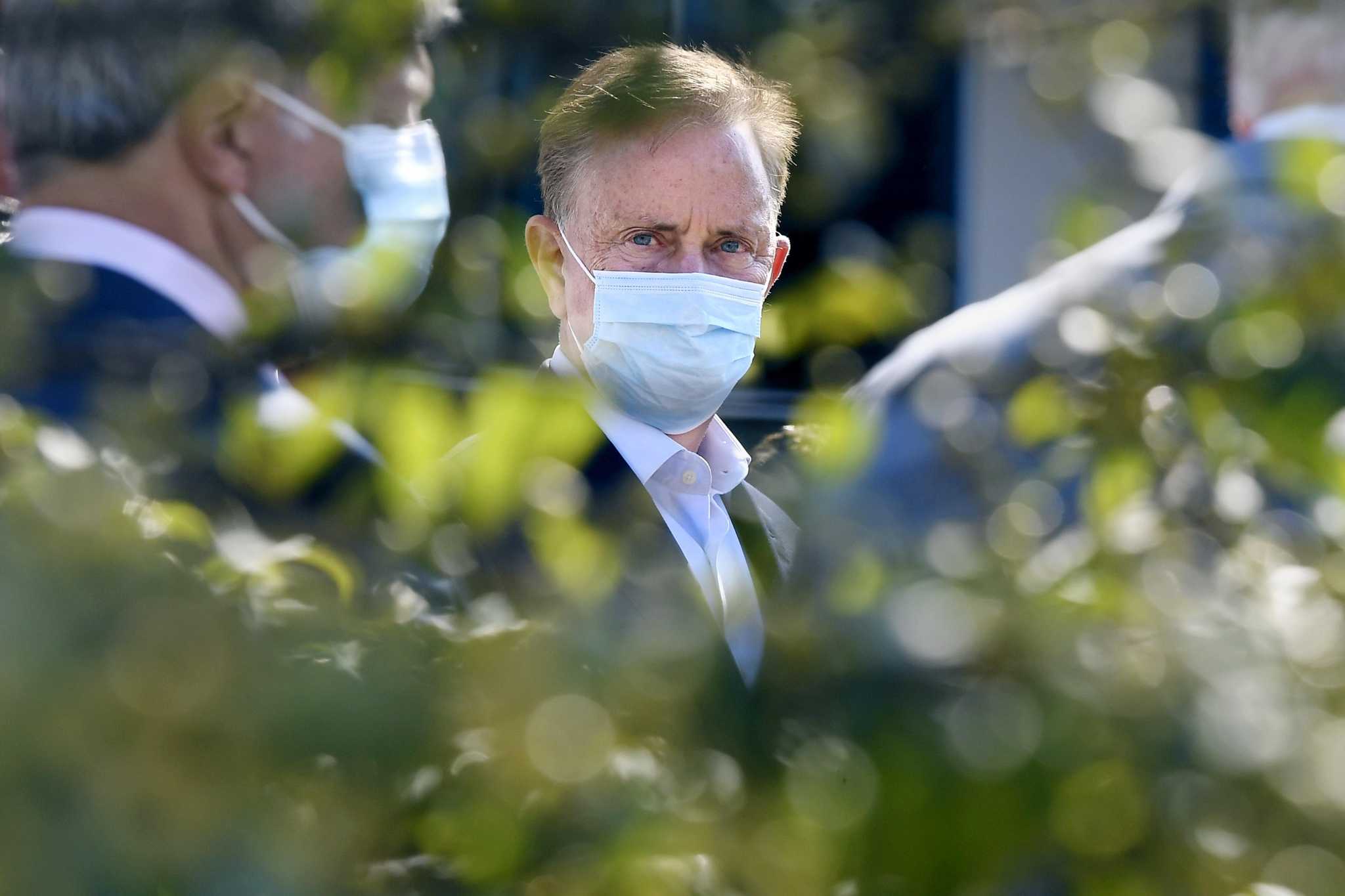 It was a development few prognosticators saw coming at the onset of the COVID-19 pandemic — but as the federal government propped up states with a flood of relief and stimulus funding, the Connecticut budget floated free of deficits at the cost of state services and jobs.

With public health concerns dominating the first year of the pandemic, Connecticut’s economic recovery took center stage in 2021, as vaccinations gained steam in the early part of the year, emboldening many employers to hire back workers. But by summer, many were running up against a labor shortage that overtime and hiring bonuses only dented.

While the official unemployment rate stood at 6 percent in November, the state was on the cusp of weekly unemployment claims dropping below their levels in the weeks prior to March 2020 when Gov. Ned Lamont declared a public health emergency, putting limitations on many businesses. Still, the state remains 74,000 jobs short of the nearly 1.7 million in November 2019 on the eve of the first reports of COVID-19.

During the pandemic, the state Department of Labor paid out more than $10 billion in unemployment assistance, with businesses matching that through the U.S. Department of the Treasury’s Paycheck Protection Program that awarded forgivable loans for those that do not lay off workers.

Those programs, along with stimulus checks to families and other pandemic aid, helped Connecticut keep up tax revenue with extra to spare. Since the start of the pandemic, the state has put away $1.6 billion to cover future obligations to retirees, and maintain its “rainy day” fund at roughly $3 billion.

But speaking in early December at an economic summit in Hartford sponsored by the Department of Economic and Community Development, Lamont described Connecticut’s surpluses as “organic” that can be sustained whenever federal pandemic assistance fades.

“Chronic fiscal crisis, lurching from deficit to deficit — enough already,” Lamont said. “We have a long way to go — I’m not putting up the ‘mission accomplished’ banner, but I want you to know we have made extraordinary progress.”

Connecticut’s gains were seen in many areas in 2021, from real estate sales continuing to thrive, more companies moving to the state, the revitalization of downtown districts, legalization of recreational marijuana and the launch of sports betting.

As the year comes to a close, Hearst Connecticut Media Group looks back at some of the biggest business and economic stories that impacted the state in 2021.

Few expected this year’s housing market to top the 2020 pandemic stampede — but over the first 11 months of this year, Connecticut home sales were up 4.8 percent to nearly 50,000 homes sold, according to Berkshire Hathaway HomeServices New England Properties.

Homeowners continued to cash out during a historic market, selling at prices they could not have obtained without the median home price rising 12 percent. That put the squeeze on would-be buyers who saw their “best-and-final” offers beat out repeatedly. For those resigned to another year of apartment living, many absorbed rent hikes.

Dawn of sports wagering in Connecticut

On Sept. 30 at Mohegan Sun, Lamont bet $50 on the Connecticut Sun to beat the Chicago Sky, launching sports wagering in Connecticut. The Sun won and Connecticut aims to as well with sports gambling and online casino games, generating $1.7 million in revenue in October.

Five years after General Electric moved its headquarters out of Connecticut, the state is seeing renewed appeal as a corporate destination during the COVID-19 pandemic.

A decade after moving to Stamford, meanwhile, Charter Communications got the keys to its new headquarters complex there. This year, new U.S. Census Bureau data showed that Stamford overtook New Haven to become the state’s second-largest city.

As Cindi Bigelow said during the DECD summit in December, when an Asian supplier demanded $1 million to cover the cost of shipping a key ingredient for Bigelow Tea across the Pacific Ocean, she had no choice but to sign the check.

With aerial photos in July showing dozens of ships waiting to enter California ports, the supply-chain crisis cascaded through the Connecticut economy for the remainder of the summer and fall, with sporadic shortages for some goods and prices rising on everything from food to building supplies.

In the second year of pandemic uncertainty, one unexpected beneficiary emerged — Connecticut’s downtown commercial districts, which had endured an extended stretch of malaise as shoppers turned to Amazon.

Many storefronts are full for the 2021 holiday shopping season, and if malls continue to grapple with empty anchor pads once occupied by Lord & Taylor, Sears and other historic brands, they are developing alternatives for entertainment and apartments.

While towns are peppered with plenty of options for dining out these days, the sector continues to struggle, according to the Connecticut Restaurant Association, with receipts having yet to bounce back to pre-pandemic levels.

Some locales lost out. It was the phone call that prompted nearly 750 job cuts in Connecticut, when M&T Bank’s CEO checked in with his People’s United Bank counterpart Jack Barnes about a takeover.

Within two months, the executives had a $7.6 billion deal in place. With the vast majority of job cuts hitting the Bridgeport headquarters of People’s United, Bridgeport Mayor Joe Ganim vowed to close the city’s accounts with the company.

In a separate deal, Webster Bank chose Stamford as its new headquarters having long been based in Waterbury, after its own $10 billion merger with Sterling National Bank.

Sept. 4 — it was the date tens of thousands of Connecticut residents had circled on their calendars, when a $300 weekly boost for unemployment compensation reached its sunset as well as jobless aid for self-employed workers. Thousands of Connecticut employers had the date circled as well, in hopes that the expiration of benefits would prompt more people to apply for available jobs.

While a number of pandemic aid programs continue into 2022 — including UniteCT, providing rent and utilities assistance, and the Homeowner Assistance Fund, providing mortgage relief — the expectation by labor departments is for people to resume working for a living.

Nine years after Colorado and Washington became the first states to legalize recreational use of marijuana and Connecticut allowed for medicinal use of the substance, Lamont signed Connecticut’s new law, which took effect in July and allows for limited possession of pot.

Retail sales will not commence until 2022, with the Connecticut law creating a “Social Equity Council” to ensure that underserved communities get a larger share of business licenses.

The new law also has companies updating their employee handbooks to address possession and use.

Two years after filing for bankruptcy, OxyContin maker Purdue Pharma received a judge’s approval in September for a proposed settlement — only for a U.S. District Court judge to reject the deal in December.

With President Joe Biden signing the American Rescue Plan in March, Connecticut will receive nearly $475 million in assistance for its public transit system, which saw ridership drop dramatically during the COVID-19 pandemic.

With little appetite to fund road and bridge improvements through tolls, the state looked at other revenue sources, including a truck tax that will raise $90 million a year.

Entering 2021, Connecticut pledged support for a New England-wide Transportation and Climate Initiative that would have required fuel companies to purchase emission allowances that could be recovered by charging higher prices at the pump.

But with Connecticut and Massachusetts pulling out of TCI despite intensifying weather disasters, Lamont instead issued an executive order for state agencies to curb energy use, and by extension, emissions.

The state’s two largest utilities are moving ahead with their own initiatives, with Avangrid and Eversource planning offshore wind farms and Avangrid planning to run transmission lines through Maine from hydropower dams in Canada.

Eversource and Avangrid accepted penalties from the Connecticut Public Utilities Regulatory Authority over their preparation and response to Tropical Storm Isaias, which knocked out power statewide for extended stretches in August 2020, on the heels of a heat wave that radiated into monthly bills.

Additionally, Eversource agreed to provide more than $100 million in customer credits and assistance for those behind on their bills. The decisions came on the heels of a “take back the grid” law that allows PURA to force the utilities to cover the cost of spoiled food and medicine for preventable outages lasting four days or more.