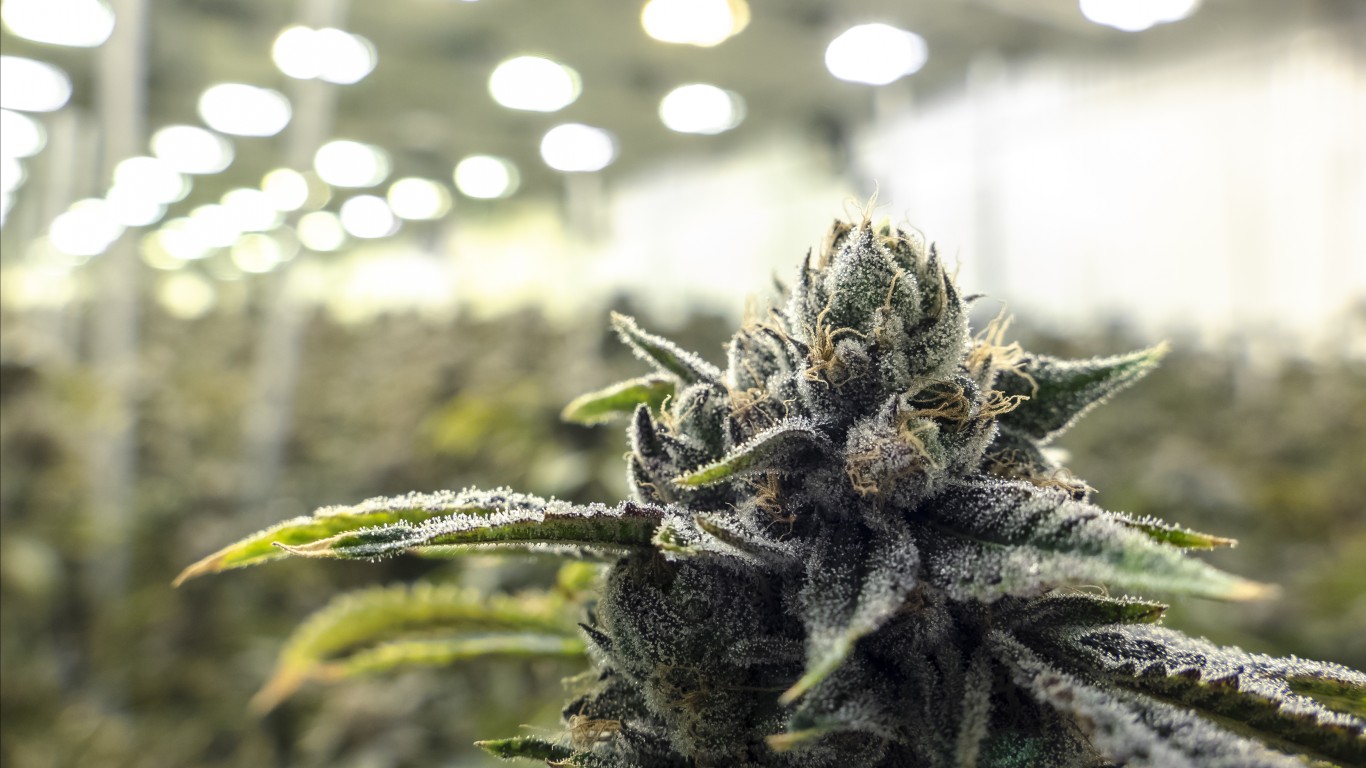 These changing attitudes have translated into changing laws at the state level. A decade ago, marijuana was illegal in every single U.S. state. As of early 2022, adults 21 and over can legally consume cannabis recreationally in 18 states and Washington D.C., with more states making the push for recreational use each year.

To determine the states where marijuana is legal, 24/7 Wall St. reviewed  information from advocacy group Marijuana Policy Project. Data on adult usage of marijuana came from the National Survey On Drug Use And Health from the U.S. Department of Health and Human Services

Not every push for legalization has been successful. South Dakota voters approved a 2020 ballot measure that would have allowed recreational cannabis usage, but the measure was overturned. Gov. Kristi Noem and others challenged the law up to the state Supreme Court, which struck down the initiative in 2021.

As more states have legalized marijuana, they have also made an effort to address the way drug laws affected residents in the past – particularly people of color. Despite reporting roughly equal marijuana usage rates, Black Americans are more than three times more likely to be incarcerated for marijuana-related offenses than white Americans. And in some states, the disparity is even greater. These are the states with the largest disparities in marijuana arrests.

Click here to see 18 states where marijuana is legal