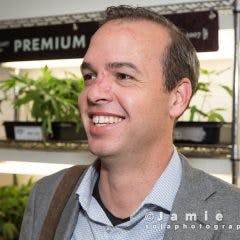 The situation is wicked hard, but improving by the day.

Eighty-eight final recreational cannabis cultivation licenses are better than the none. In 2016, voters got the state to start issuing them and sales started in 2018.

The pandemic killed 2020’s East Coast Cannabis Cups—trophies offer some of the few data points on a new market’s quality. Exactly who’s growing what, and whether it’s any good, is just now starting to come into focus.

Legendary growers like Chemdog operate in Massachusetts and players like Berkshire Roots have found their footing both growing and selling ganja. We pinged experts like Danny “Danko” Vinkovetsky at Northeast Leaf Magazine, looked up fresh Cup winners, and trawled Leafly menus and data for notable ganja and the farmers who grew it.

Here’s an early read on what’s worth trying in dispensaries.

Um, you can get Chemdog from Chemdog in Massachusetts. That’s, like, a reason to visit in and of itself, right? Pair it with other stuff, but yeah, dude—Chemdog tourism!

Smash Hits grows it out in Sheffield, MA.

The craft store shows 20 flowers on the menu, but they’re all super elite crosses and zaza like Garlic Juice. Yes.

Seventeen miles outside of Boston in Nattick, MA, and for medical card holders only—try the Meow, Bubblegum Breath, Horchata, and Pina Grande. The Cup winner’s just sitting there on the menu. Bountiful Farms also got second runner-up in the Cultivator’s Cup for Secret Formula. That’s Wifi #43 and Do-Si-Dos, dayam.

Plants drink in small, frequent bursts like an Olympian, instead of in one or two daily gut bombs. Hand-trimmed and pesticide-free, Bountiful Farms is the first grow facility from exotic grow consultants Juiced Grow.

Have your LA Kush Cake with a side of carbon offsets at vertically integrated grower-seller Solar Therapeutics in Somerset, MA, recommended by Northeast Leaf’s editor Vinkovetsky.

Plus, they mess around with racy African sativas like Horace (Banana OG x Nigerian) and Ebony + Ivory (The White x Nigerian).

Head’s up, Boston— vertically integrated grower-seller Berkshire Roots is rocking the knock-out OG Kush cross, OGKB 2.0 BX. It’s listed for nighttime sleep aid and pain relief (yeah, no kidding). The name stands for OG Kush Breath, and this is the second, super version of it. Sheesh.

This big boy dispensary lists 31 cultivars for sale and carries their own good stuff, and the good stuff from the rest of the high-end Mass legal gang: The Botanist’s Garlic Drip and Nature’s Heritage Forbidden Zkittlez.

Come in there with a game plan because the retail side of the operation is all business. Ask for that fresh, terpy zaza and be prepared to pony up for it.

There are lots of multi-state operators operating in Massachusetts—don’t hate the player, hate the game. One big dog pumping out the jams all across Massachusetts is the grower Rythm. I’d order the Tahitian Punch: Sour Tangie x Sour Apple—all Diesel-y and tart for weekend cleaning.

We got more intel on fire tree in Bay City this fall. High Times’ People’s Choice Cup results are due Oct. 21.

Shout out more of Massachusetts’ most excellent rec in the comments below.