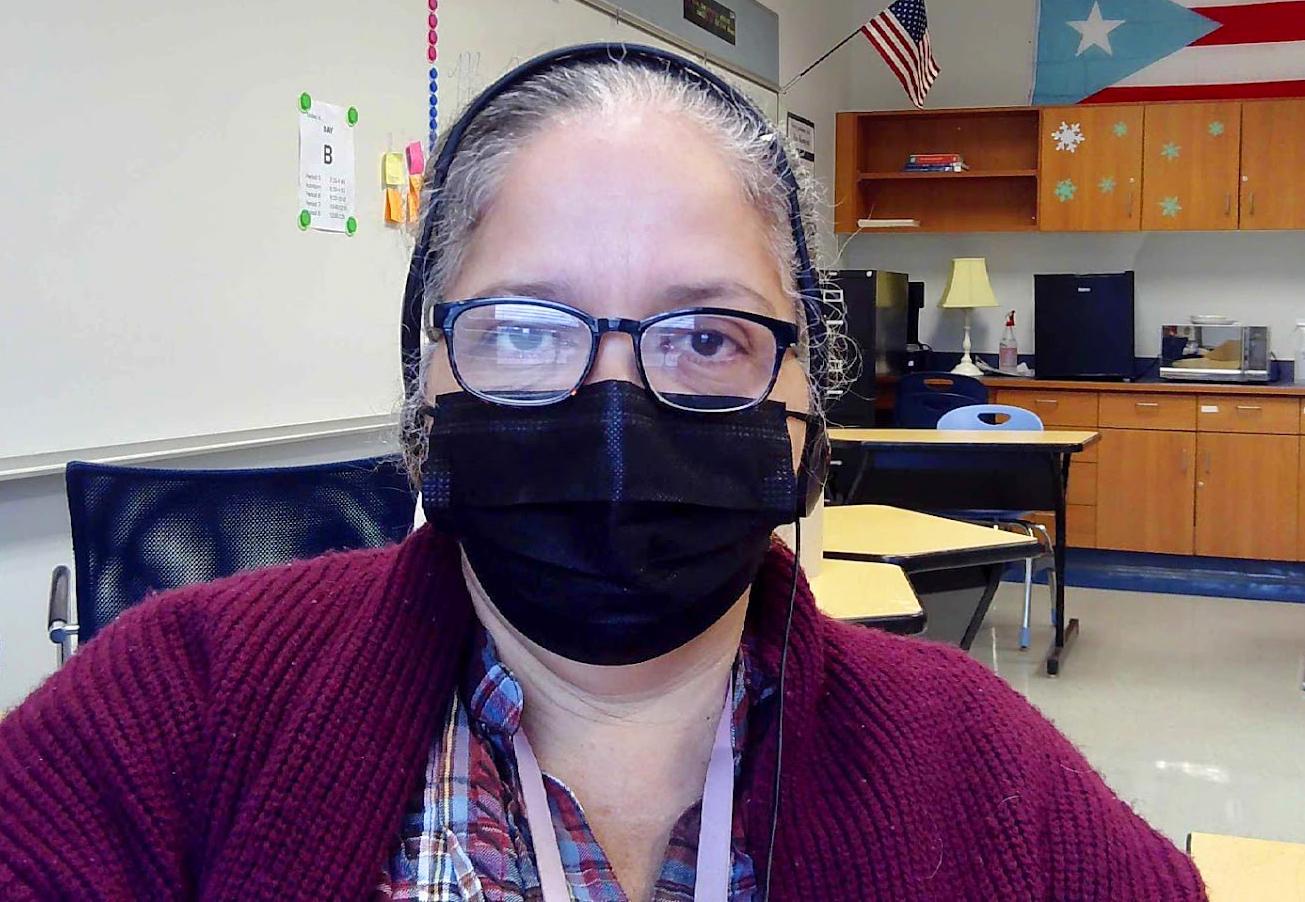 MIDDLETOWN — Adela Santiago, who suffered a permanent spinal injury two years ago, says she often has to trek more than 2 miles in her wheelchair to her job as a tutor and interventionist at Middletown High School.

Two winters ago, Santiago said she slipped on ice while going down the stairs at home. As a result of the accident, she said her spinal cord and nerves were permanently damaged, causing acute scoliosis.

Santiago said she also suffers from sciatica and needs a motorized wheelchair to get around.

“I am in horrible pain all the time,” she said last spring. “Sometimes, I can’t walk. The pain is so bad I can’t even move.”

Now Santiago, who does not have a car, has launched a fundraising campaign in hopes of buying a used minivan.

The single mother of two teenagers has been relying on the kindness of co-workers, bus driver and others for rides, but when no one is available, she’s forced to walk.

It’s also difficult to get her wheelchair into most vehicles, Santiago added.

Santiago is raising funds through GoFundMe, with an $8,000 goal. She hopes to gather enough to buy a used car so she can put her chair in the back. Any leftover funds would go toward insurance, she said.

“Not big,” she said of what kind of car she’s looking for. “Good enough to take me to work, the grocery store, doctor’s appointments.”

Santiago was previously a long-term Spanish substitute after she discovered her daughter wanted to take the class but there was no instructor, she said.

She taught the course until the district found a replacement.

Santiago, who says her co-workers and the principal have been supportive, works 36 hours a week at the high school, but she doesn’t receive benefits and her position, which is funded through a grant, may not be renewed after this school year.

“I’m grateful for what I have,” she said. “I love the city. This is my home away from home. This is my little Puerto Rico.”

Santiago is also an accomplished artist. She attended the art school, Escuela de Artes Plásticas y Diseño de Puerto Rico, but she couldn’t afford to continue her education, shattering her dream to become a teacher.

In her spare time, she paints and creates decorated mugs, bottles, elaborate cakes, sugar sculptures and flowers, fairy and “wisdom” houses, and much more.

“It lets my imagination run, and it helps keep me sane, and deal with depression and my conditions,” she said. “The pain is horrible.”