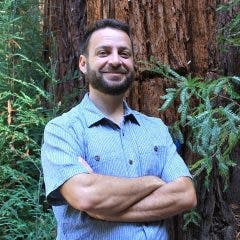 Singer-songwriter David Crosby ranks among the last musicians standing from the Woodstock generation. A Grammy winner twice inducted into the Rock and Roll Hall of Fame—as co-founder of both the Byrds and Crosby, Stills & Nash—he has been called everything from an asshole (by himself) to an iconoclast, and often serves as a cautionary tale about the dangers of hedonistic excess among the rock star set.

But at 80, the Croz has decidedly mellowed. He’s also entered a new phase in life as an elder statesman enjoying a late-career renaissance. His new album For Free just dropped to glowing reviews, his health is sound in body and mind, and he regularly revels in his role as the nation’s premier joint rolling critic via his always engaging Twitter feed.

And now—in an exclusive interview with the podcast Great Moments in Weed History—he’s finally weighing in on the positive role cannabis has played in his life, his work, and his recovery from drug abuse.

Speaking on the eve of his 80th birthday, on August 14, Crosby pushed back against the idea that he’s a music legend and cannabis icon.

He smoked the best weed in the sixties and seventies

Maybe so, but he’s still a stoner who smoked out the Beatles and the Grateful Dead, spent much of the 1970s sailing the high seas with some of the era’s most prolific weed smugglers, and enjoyed a reputation for having the strongest stash in the rock scene back in the day when the best buds still came in from overseas.

Was the cannabis of that era really so much different than what we puff on today? Crosby had this to say:

“Well, that really depended on who you were and who you knew. The pot that we had in the early sixties was crap: bricked-up seeded kilos coming up from Mexico in truck beds. Then somebody brought up sinsemilla from down in Michoacán. And as soon as we got ahold of that stuff, it was an entirely different world.

But really, there was no shortage of truly stunning cannabis back then. We were also getting actual Thai Stick that was still on the stick.“

‘Sober is sober. Smoking is smoking.’

Known for his angelic singing and occasionally demonic off-stage antics, Crosby has long been a counterculture hero for his refusal to literally and metaphorically cut his hair. He’s also someone who famously struggled with substance abuse. In the mid-1980s he spent five months in a Texas prison on drug and weapons charges.

Upon his release in 1986, he quit all intoxicants, including weed. But then, around the year 2000, he decided to reintegrate cannabis back into his life—both as a medicine (“I’ve got tendinitis in both hands”) and as a safer alternative to alcohol and hard drugs.

A soft landing with cannabis

Cannabis had never been among his problem substances, but for a long time he didn’t trust himself to indulge in it. Now he grows his own at home and even has his own personal cannabis line—Mighty Croz—in the works.

So while the Croz himself chafes at the term “California sober,” that’s exactly where he’s happily landed.

“Whatever you want to call it, that’s what I do—cannabis but nothing else. And it’s been a good thing in my life, though I couldn’t and wouldn’t speak for anyone else. Also, I don’t want to preach, but it’s not really ‘sober’—so that’s my disagreement with that term.

Because I think when you’re trying to stay sober you can’t have any gray area. I was trying to kick heroin and cocaine—that’s real serious stuff—and it took me a year in maximum security prison to break it. And then for fourteen years I went to meetings three or four times a week and didn’t touch anything, until I didn’t feel like it was snapping at my heels anymore.

That’s when it felt okay for me to start smoking pot again, and it’s still the only thing I do. But I think calling that any kind of sober is cheating. Sober is sober. Smoking is smoking. I don’t think there’s a middle ground.”

While Crosby can still fondly recall the specific strain of African weed he first smoked out the Beatles on 50 years ago, he maintains a healthy skepticism about the hundreds of varieties available at California’s legal cannabis dispensaries—claiming that only the plant geneticists really know what’s in the jar.

So when assessing the modern world of hybrid and poly-hybrid varietals, he falls back on the old stoner adage that “the nose knows.”

“The names? I think a lot of times people just made them up last week. They do that in the stores all the time.”

At home, Crosby keeps it simple by growing five distinct varietals he’s nicknamed for their most pronounced attributes, like Purple.

‘What I’ve learned from growing my own pot is that it’s an awful lot of fun.’

He enjoys puffing on a Pax vaporizer starting usually in mid to late afternoon and concludes each day by rolling up a fat joint and watching a movie with his wife. In between he often finds cannabis to be a creative catalyst for his songwriting.

He also enjoys growing cannabis as a creativity-stimulating pursuit, one that engenders a profound connection to the plant.

“What I’ve learned from growing my own pot is that it’s an awful lot of fun. The plants are beautiful and lovely. They grow like crazy and truly respond to you. What I end up doing in the morning is making some coffee and wandering around in my underwear in the garden. I’ll pluck off a leaf here and there while I water them and tell them how lovely they are…. It’s wonderful.”

Veteran cannabis journalist David Bienenstock is the author of “How to Smoke Pot (Properly): A Highbrow Guide to Getting High” (2016 – Penguin/Random House), and the co-host and co-creator of the podcast “Great Moments in Weed History with Abdullah and Bean.” Follow him on Twitter @pot_handbook.