One thing that Tara Dalbow learned while completing her MFA in poetry at Sarah Lawrence College is that the perfect ending is one that’s both surprising and inevitable.

That description applies to her latest project, which isn’t a poem. Dalbow is the curator of The Barns Center, a newly opened arts center that focuses on food, farming, ecology and sustainability. Considering the Hudson Valley’s impressive cultural heritage, not to mention its rich agricultural history and role as one of the founding sites of the modern environmental movement, it seems inevitable that a place like The Barns Center would come to exist, and surprising that it hadn’t already. 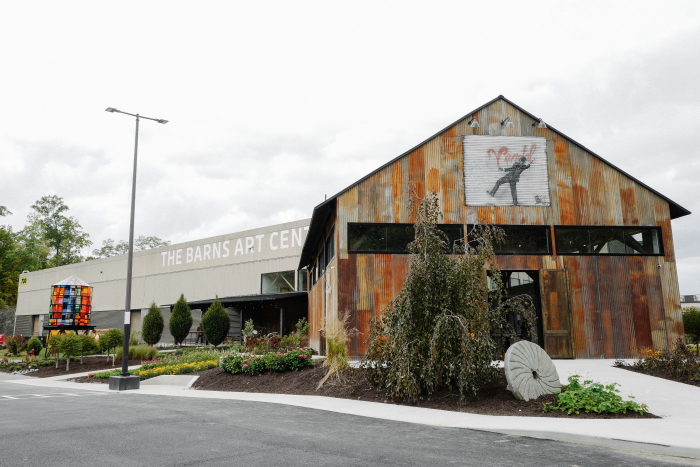 The Barns Art Center is located at the former IBM campus in Hopewell Junction. (Photo provided)

What’s also surprising is the location of the center — at the 500-acre former IBM campus in Hopewell Junction where the company developed its iconic Deep Blue computer that in 1997 beat chess legend Gary Kasparov.

Six years ago, IBM closed the campus and essentially abandoned it. Massive cranes that were used to haul giant crates of microchips still hang inside some of the buildings. In 2018, National Resources, a Connecticut-based real estate developer that specializes in abandoned industrial sites, started turning parts of the campus into a food production facility. Today, 15 food and beverage companies have moved their production facilities there, including the beverage syrup company More Good, the CBD drink Recess, the Sloop Brewing Co. and Jane Bakes bakery.

Many of those companies don’t have a retail space on the campus, so National Resources is building a food court. It also wanted some sort of visitor center. 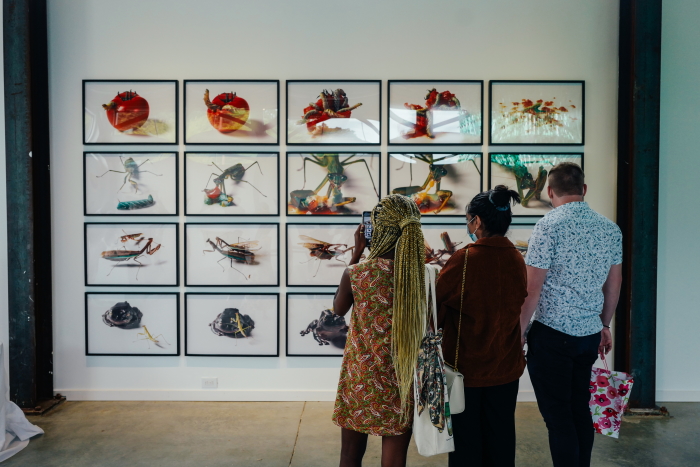 Visitors at the opening of The Barns Art Center (Photo provided)

Enter Dalbow, who was working in fashion journalism at The New York Times, and through a series of surprising developments (“I’m still not sure how it happened,” she says) ended up pitching an idea to National Resources at the end of 2020. She spoke about the concept of an arts center that would honor the farmland that the IBM campus was built over. Suddenly, she found herself in charge of the project, with about seven months to pull it off.

What followed was a lot of phone calls.

“I did like 70 to 100 interviews in February, calling up arts and educational organizations throughout the Hudson Valley,” she recalls. Some of her questions involved practical matters, such as how to create an arts institution from scratch in the amount of time it takes a head of garlic to grow. But most questions involved what was missing from the Hudson Valley cultural scene. 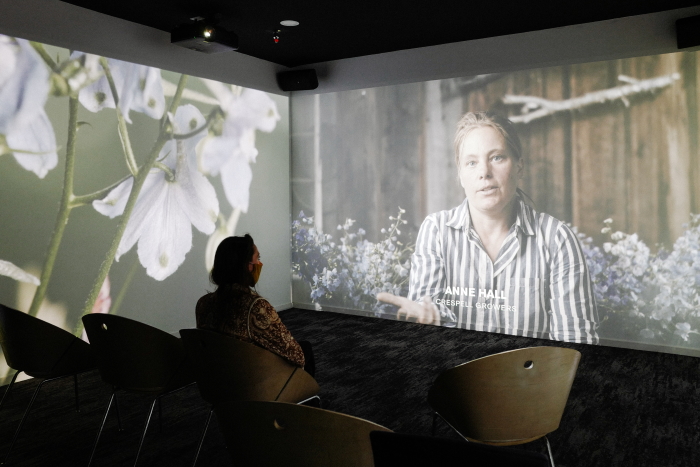 “I’m not interested in competition,” she says. “We already have a robust cultural landscape here. So what is needed?” The consensus was: a community-oriented space that held high standards as to the quality of the work that was shown while still being accessible to local artists.

The center’s first exhibit, Tasting Menu, opened in August and runs through Dec. 5. About half of the works are by Hudson Valley artists. Some pieces, including Newburgh artist Daniel Giordano’s installation representing 500 clementines in various states of decay, were created for the show. 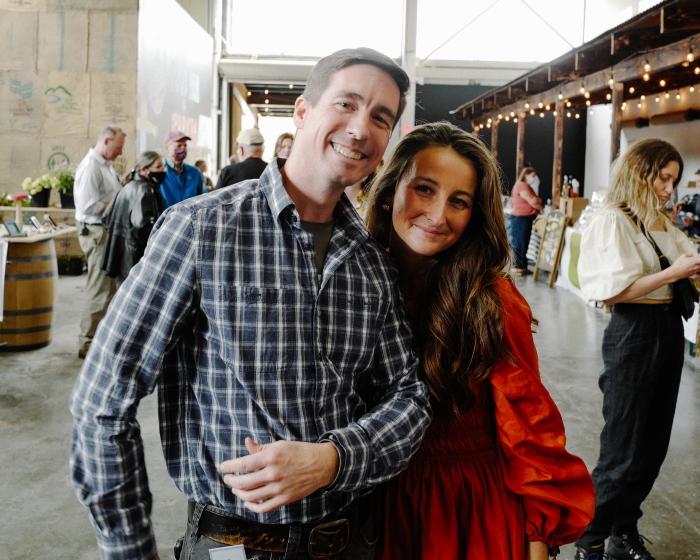 The center also built a second gallery that showcases the work of high school students who studied with Poughkeepie’s Art Effect. Taken as a whole, the exhibit reflects the moods and anxieties of teenagers living through a pandemic, as well as the effects of the climate emergency. “You can imagine what kids are feeling these days about the world we’ve brought them into,” Dalbow says.

The teen show opened this past weekend as part of the center’s Harvest Festival, which included flower-arranging workshops; a mushroom-foraging walk in the woods alongside the campus; and the premier of a 55-minute documentary commissioned by the Barns Center, Lost Arts, that focuses on the work of 10 farmers and food producers. Three projectors cast images that wrap around the audience for an immersive experience. 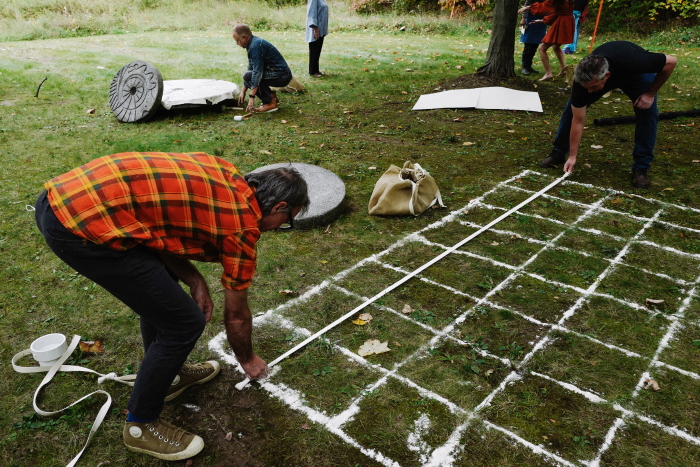 Members of the art collective Futurefarmers lay out a chessboard with flour. (Photo provided)

The center also kicked off a 3-year-long installation by the art collective Futurefarmers that will culminate in the creation of a structure that functions as a bread oven, meeting space and music-creation chamber. Working with an 80-year-old carver in Maine, the group created millstones that, when eventually placed together, will play a piece composed by the group. For the Harvest Festival, the group planted wheat seeds from Wild Hive farms around the site where the structure will be and drew a chessboard in flour to recreate Kasparov’s game with Deep Blue.

Initially, Dalbow worried that the center’s focus would be too narrow. But she’s already planned the next two years of shows, including a collaboration next summer with Bard College and the Smithsonian.

“The more you think about it, everything is connected to food and agriculture and the land,” she said. “This is what people want to talk about and it’s what people need to be talking about.”

The Barns Art Center, at 736 South Drive in Hopewell Junction, inside the iPark 84 campus, is open from 11 a.m. to 4 p.m. on Saturday and Sunday. Admission is free. See barnsartcenter.org.