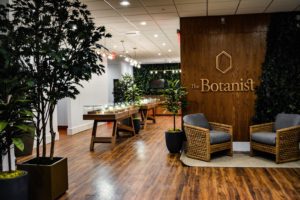 Acreage Holdings has confirmed its plans to relocate the Compassionate Care Center of Connecticut, a medical marijuana dispensary in Bethel, to 105 Mill Plain Road in Danbury.

Based in New York City, Acreage had previously announced it will rebrand its three medical cannabis dispensaries in Connecticut – which also include Thames Valley Relief in Montville and Prime Wellness of Connecticut in South Windsor – as The Botanist.

The firm is considering adding recreational marijuana at those sites, although Danbury has established a 12-month moratorium on such sales.

Earlier this week, Acreage announced it had entered into a definitive agreement with Chalice Brands Ltd., under which the latter will acquire the assets and assume the operations of Acreage’s four Oregon retail dispensaries branded as Cannabliss & Co.