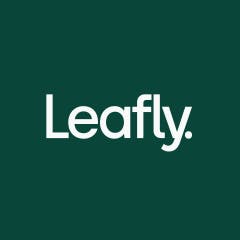 You’ll never guess what the NYC rapper named his signature stock of buds (it rhymes with sing song!)

In the past year, Coney Island, New York native Nems has taken his organic catchphrase, “Bing Bong,” to the moon. It’s gone from a viral joke he popularized on the YouTube show Sidetalk NYC, to a TikTok trend that reached the White House and infiltrated the global meme lexicon. Now, Gorilla Nems is using his national platform to launch his very own line of legal cannabis flower.

Riding “Bing Bong’s” viral high has turned Nems from the self-proclaimed president of Coney Island to one of America’s pandemic-era sweethearts. Last year, New York Knicks basketball fans adopted Bing Bong as a rallying cry at games and on social media. It wasn’t long before the team’s players and corporate office adopted the phrase. Then in November, Nems brilliantly remixed his wild and aggressive “Bing Bong” song into a slightly friendlier Knicks-themed anthem for the 2021-2022 season.

“I’ll dump your life savings into a f*cking Dutch,” brags Nems on his original “Bing Bong” track, honoring the influence Dutch Masters cigars have had on his city’s consumption methods through the years.

He no longer consumes cannabis regularly, but Nems remains deeply plugged into NYC’s streets. Plugged in enough to know that a Bing Bong-themed line of weed products is a no-brainer with the Empire State’s legal weed market rolling out soon.

We tapped in with Coney Island’s reigning king to hear about his new products, talk about his very first hit from the bong, and to hear him explain why the man he affectionately calls Joe Byron needs to federally legalize trees on the double with cheese.

“My first time smoking weed, man, I was 11 years old. And this older kid from my neighborhood, I seen him walking the dog. He was smoking weed, passed it like, ‘(You) smoke?.’ I was like, ‘Yeah!’ I smoked, went home, and passed out until my moms came home.

Then I just started smoking weed all the time. The first time (by myself), I wasn’t able to roll. So I made a bong out of a two-liter Pepsi bottle. Stab it a little, put the pen cap in it, put the tin foil on the top, put some holes in it. Bing Bong!”

What is a gravity bong and how do you make one?

“There were three types of weed (back then). There was whatever the dude had at the time, there was Chocolate (Thai), and there was some sh*t called The Mozz (pronounced like Motts apple sauce, short for mozzarella). I was in Bensonhurst and Bay Ridge (and) they was like, ‘Yo, this is the Mozz!’

You go to the weed spots in Bed-Stuy, East New York, they had the Chocolate (Thai) and then they just had regular weed. Whatever the f*ck they was smoking (had) wild stems and seeds back then.”

You don’t even smell seeds no more in weed. Actually, I did the other day. My man rolled the blunt, I was like, ‘You got a seed in that weed? What the fuck is you smoking, bro?’ I haven’t smoked a seed in 15 years.”

As for some of the people he thought were cool back in the day, Nems says, “Definitely Cypress Hill. There were others. I mean, Redman, Method Man–But really Cypress Hill was talking that, “I want to get highhh“. Like that was one of the first albums I had, you know what I’m saying? They always was talking that weed shit. That shit was fire, though.”

The 23 dankest lyrics about loud weed

“(Weed) ain’t no crime, man. I spent at least five nights outta my life arrested (for cannabis). It did nothing, but give me a criminal record at a young age.

From the ages of 16 to about 24, 25, I spent at least five nights of my life overnight (in jail) because of weed. Like, I remember they arrested four of us for a clip this big [hold fingers within inches of each other] in the astray of a whip. Like at 16 years old, bro, they gave me a criminal record from 16 on.

So that’s starting off your adult life with a criminal record, man. That was ridiculous. All for them to get dismissed and everything. Because it’s just weed. Nobody cares about (it). But they need to legalize it.”

“And then we (should) change classifying lower-income areas and poor neighborhoods (as drug zones). They wasn’t going to the white areas, too. They were like, oh your father’s a CA, let them go. But if it would be in the hood, they arresting mad people overnight for weed to fill they quota.

So I feel like if they made it legal, it would (give) a lot of more people opportunities in life to do better.”

When you go into the criminal system at 16 years old, man, it forces you to become somebody that you don’t want to be. Or somebody that you might not even know (is) in you. You might go in there and crack somebody’s head. Now you locked up for a whole ‘nother charge. You know what I’m saying? Because of weed.

On taking a tolerance break from cannabis

“I’ve been writing raps since I’m 15. I stopped smoking at 26. So that whole period, I was high all the time.

There was certain (strains) that I would smoke that would make me better at freestyling and just more calm and relaxed. And my bars would be better. So different occasions would call for different stuff. But, all in all, if I just compare the times that I was smoking to the times I’m not, my sober mind, my bars have been way better.

And I had to get more comfortable with myself in the beginning. ‘Cause I thought I would just not be creative if I didn’t smoke weed. But it turned out the total opposite. Like I really just got more focused. And that’s me personally. Some people it’s the opposite. But for me personally, I feel like my bars and my grind and everything just got better when I was sober. But I definitely was smoking, man. Mad amounts of my songs are under the influence.

Signing off, it’s Gorilla Nems, live from Coney Island. And you’re rocking with Leafly. Roll that, light that, smoke that, stupid! Bong!”

If you want to know more about Nems’ Bing Bong weed early, come to his show on Sunday February 20 at Brooklyn’s Knitting Factory and ask him about a pack yourself. Click here for tickets. You can also visit Nems’ FYL.NYC for merch and stay tuned to Leafly for the latest on when and where to find Bing Bong packs in NYC.

Save the flyer and date below for access to his next NYC show.