Despite facing early pressure from Robin Frijns and holding his lead over title challenger Mitch Evans Taken down by a fifteenth lap safety car, Vandoorne was able to hold on to win his first Formula E crown.

Evans won the Seoul E-Prix yesterday, but was ultimately unable to make up enough ground to compete for the title, finishing seventh, having ranked 13th for the final race of the season

Round 16 not only marked Formula E’s 100th race, but Mercedes’ final E-Prix in the sport and the last event to be contested with their ‘Gen 2’ cars.

Next year, the eighth Formula E champion is set to join a new DS Penske team as the sport adopts the new lighter, faster and more efficient Gen 3 cars. 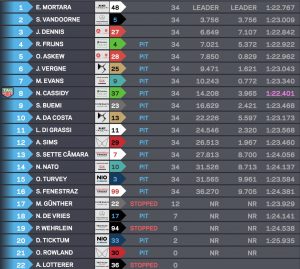