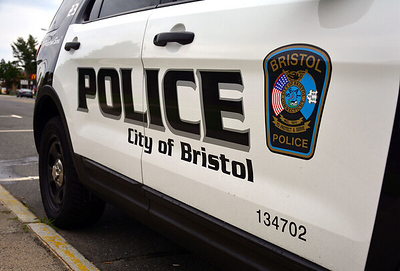 BRISTOL – A city man is scheduled to appear before a judge next week on charges he was over the legal drinking limit and had PCP and marijuana in his system when he caused a Christmas Day crash that seriously injured two young children.

The 28-year-old is free on $150,000 bond and is expected to answer to the charges next Thursday in New Britain Superior Court.

According to the arrest warrant in the matter, two children, ages 6 and 3, were seriously hurt during the head-on car accident that police allege Borrero caused, which was reported on Dec. 25, 2020, around 1:23 a.m., in the area of 424 West St.

The 3-year-old was actively vomiting when first responders arrived on scene, which police noted is indicative of a traumatic brain injury. The 6-year-old, the warrant said, was bleeding from the mouth. Two other juveniles in the car complained of general pain, but their injuries were later determined not to be as serious as the other two in the car. Three adults in the same vehicle also complained of injuries.

The children were taken to the Connecticut Children’s Medical Center in Hartford, while the adults in the car were taken to Hartford Hospital.

Doctors determined that the 3-year-old suffered a skull fracture and had a small inra-cranial bleed. The 6-year-old needed an immediate procedure to remove four teeth and required several sutures to close the lacerations to his mouth and lip.

Police wrote in the warrant that Borrero was driving a 2008 Honda CRV, heading north on West Street, when he crossed over the center lines and struck a 2012 Toyota Sienna, which was heading south on the same road, with the four children and three adults inside.

According to police, Borero was unconscious and suffering from agonal breathing after the collision. First responders gave him Narcan, suspecting that he had possibly overdosed on opioids, the warrant said. He was extracted from the vehicle by firefighters before being taken to St. Francis Hospital in Hartford, where police said he gave an officer a fake name.

Inside the Honda, police said they found a small baggie of suspected marijuana. They later identified the driver of the Honda as Borrero – who broke his left femur in the crash – and determined he did not have permission by the vehicle’s owner to be driving the car, according to the warrant. Investigators also determined Borrero’s license was suspended at the time of the crash for a previous operating under the influence arrest in Bristol in September 2020, the warrant said.

According to the warrant, a blood sample from Borrero showed he had marijuana and PCP in his system, as well as a blood alcohol content of 0.23. The legal limit to drive in Connecticut is 0.08.

The warrant for Borrero’s arrest was signed in April. He was not charged until about a year after the car accident.

Justin Muszynski can be reached at 860-973-1809 or jmuszynski@bristolpress.com.