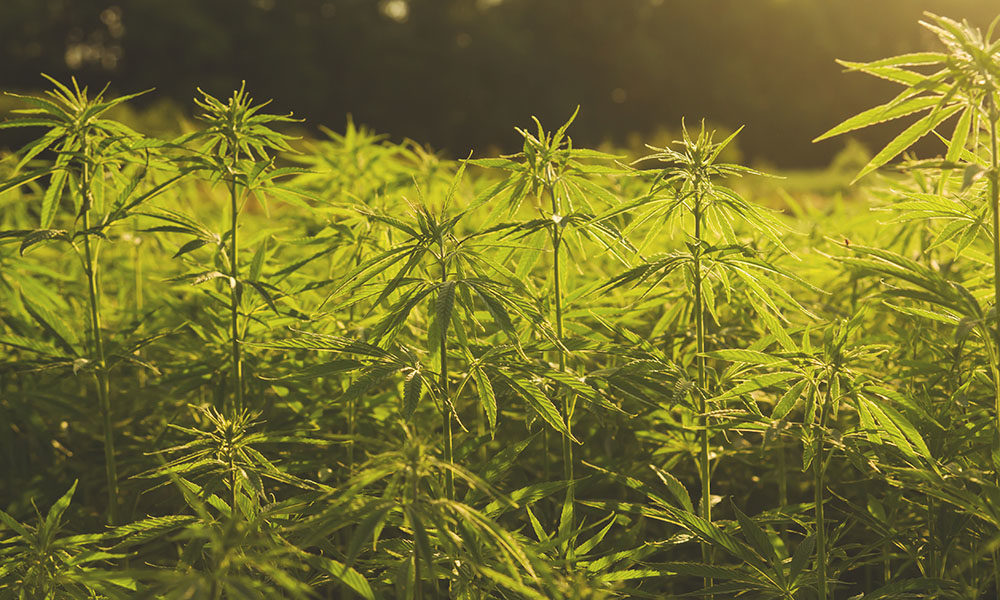 California Gov. Gavin Newsom signed legislation last week that legalizes hemp-derived cannabinoids including CBD for inclusion in dietary supplements, foods, beverages, and other products. The bill also establishes regulations for hemp products including CBD edibles, supplements, and pet foods, as well as smokable hemp and other inhalable forms of the crop.

The legislation, Assembly Bill 45 (AB45),  was signed into law by Newsom on Oct. 6 after receiving broad bipartisan support in both the California Senate and State Assembly.

“California consumers have been unwittingly purchasing unregulated hemp CBD products for far too long,” said State Assembly member Cecilia Aguiar-Curry, the sponsor of the bill. “AB 45 puts in place a rigorous system for testing and labeling hemp CBD so that we can be sure these products are safe in our state.”

Although the 2018 U.S. Farm Bill legalized hemp and hemp products, Stuart Tomc, vice president of business development at San Diego-based CBD products manufacturer CV Sciences, says that federal regulation of CBD products has not kept up with demand. The lack of federal guidance has left responsible CBD companies to deal with a patchwork of state regulations while less scrupulous operators were free to take advantage of unwary consumers.

“Since the industry lacks federal standards for the manufacturing, testing, and labeling of CBD products, CBD products available today vary widely in safety and quality,” Tomc wrote in an email to Cannabis Now. “These products are being sold by “bad actors” – companies that are taking advantage of consumer interest in CBD without using good manufacturing practices or testing their products – which puts consumer safety and trust at risk.”

AB45 allows CBD and other hemp derivatives and extracts to be used as an ingredient in foods, dietary supplements, beverages, cosmetics, pet foods, and other consumer products. All hemp ingredients and finished products must contain less than 0.3% THC, which under the legislation includes Delta-9 THC and other variations of the cannabinoid such as Delta-8 and Delta-10. The bill requires manufacturers of hemp foods and supplements to register with State Department of Public Health, and mandates independent lab testing for purity and THC content.

The legislation also sets labeling standards for hemp foods, beverages, and dietary supplements, including a requirement for a label, barcode, QR code, or website linking to lab analysis test results. The bill also prohibits labeling, marketing, or advertising with any untrue or misleading health-related claim. Jonathan Miller, general counsel for industry trade group U.S. Hemp Roundtable, said that the new law sets standards that are likely to be followed by manufacturers nationwide.

“You’re not going to make a less-safe product to sell into Idaho because they don’t have any regulations there,” he added.

Smokable Hemp Legalized, With a Catch

Early versions of AB45 included a ban on smokable hemp and other inhalable products such as CBD concentrates and vape cartridges. Industry advocates lobbied successfully to have the ban stricken from the final version of the bill, although the legalization of smokable hemp will be phased in after the legislature has a chance to levy taxes on the products. Aguiar-Curry has said she hopes to pass a tax measure on smokable hemp products in 2022, but critics say the delay will hurt small farmers.

“I think it’s just disastrous, and they did it right at harvest time,” said hemp grower and industry advocate Chris Boucher. “You spend millions of dollars on equipment, greenhouses, processing equipment, labor, and you can’t sell your crop in California. That was really just a punch in the face.”

Provisions requested by representatives of California’s cannabis industry, including required lab testing, were also incorporated into the final version of AB45. Lindsay Robinson, executive director of the California Cannabis Industry Association, applauded Aguiar-Curry’s leadership on the bill, saying the assembly member “has been steadfast in her approach to create a level playing field between cannabis and hemp while protecting the health and safety of all Californians.”

“AB 45 establishes a long overdue, comprehensive framework for the manufacture and sale of hemp products in California, but our work is not over,” Robinson said. “We look forward to working with the author on future legislation to establish a pathway for the incorporation of hemp into the cannabis supply chain.”

The legislation opens the door for a new generation of regulated hemp and CBD products to be manufactured for the California market. Aguiar-Curry characterized AB45 as a “victory” for the state’s consumers and hemp industry that was possible only after years of debate and negotiation among stakeholders and lawmakers.

“This is an opportunity for California to make it easier for its people to access a nonintoxicating alternative product they want, and for farmers to establish themselves in a fast-growing industry,” she said. “As a farmer myself, I’m excited we can provide this opportunity for California farmers, manufacturers, and retailers to benefit from a booming global market for food and topical CBD products. It’s a victory on so many levels, three years in the making.”

AB45 went into effect immediately upon being signed by Newsom on Oct. 6. Provisions of the bill, however, allow for the state health department to enact new rules to comply with federal regulations once they are enacted.