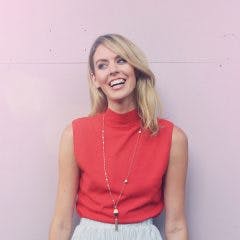 Canadian budtenders are scared for their safety at work | Leafly

Budtender safety in Canada is a real concern for dispensary staff. With over 2600 cannabis retail stores nationwide, that is a lot of frontline workers.

Customer-facing jobs draw a certain personality type. Not only do these roles require you to be on when you’re feeling off, but they force you to navigate a variety of situations with patrons that range from sexist, racist, uncomfortable, and in some cases, full-on dangerous and life-threatening.

The old adage suggests that the customer’s always right, but where’s the line? A racial slur, a physical assault, a death threat? For some budtenders in Canada, these situations are far too common, and safety at work is a growing concern across the nation.

“Female budtenders are constantly harassed by male customers, especially if the girl is well educated in cannabis,” says Ella King*, a budtender from Edmonton, Alberta.

King recalls a recent disturbing experience where a male patron entered the store while she was working. The man allegedly walked up to her at the counter, looked her in the eye and asked why the owner would let two women work in the shop together.

“[He told us] we were more likely to be ‘robbed and killed on sight’ than a male worker,” she says. “I wanted to lock the door for the rest of the day.”

John Torrez*, a budtender who was employed at a dispensary in Toronto throughout the pandemic, has also experienced distressing situations in the workplace.

One instance that stands out for Torrez, who is Canadian with Mexican heritage, is when a customer used a racial slur in a thinly-veiled analogy.

“I asked the customer how they would like to pay and he said, ‘Green card, like the Mexican [redacted]’ while holding out his green-coloured debit card,” he says. This customer’s geographically-inaccurate racism will be of no surprise to retail workers of colour.

Torrez was alone in the store when this happened and his supervisor at the time still hadn’t shown up for their shift. There were no repercussions and the aforementioned customer still frequents the place, he says.

Torrez also alleges that during another shift a disgruntled customer “flashed a gun” after becoming aggressive and physically assaulting staff members. The police were called, but to his knowledge, there were no repercussions at the store.

When Torrez started working at the shop there were always three people working at any given time: a door person, a budtender, and an inventory person. But as more stores opened across the GTA, competition increased and the number of customers began to dwindle.

The decrease in paying customers meant the owner needed to reduce the number of staff during any given shift. It’s financially logical—reduce bodies, save money—but fewer employees also mean increased security risk.

Sometimes, says Torrez, who was eventually promoted to a supervisor position, he would be the only person in the store for hours. But even on days when there was two staff scheduled, he felt uneasy.

“I’m quite a small person and my primary coworker was a very small woman,” says Torrez.

He asked his employers to consider scheduling a male door person on the days the two of them were working together, which he said would “make any dangerous situations feel easier to deal with,” but his request was ignored.

The pandemic and its public safety measures are also increasing the number of disputes among dispensary staff and customers, as many continue to push back against mask mandates.

“We had one guy come in without a mask on, so we gave him one and he put it on his face but left it hanging down over his chin,” says Karen Barry, founder and CEO of Calgary’s Beltline Cannabis dispensary.

“I asked him if he wouldn’t mind putting it up so we could all be moving ahead and instead he threw the mask down and stormed out.”

Barry agrees that negative Covid-related encounters like this have increased, and while disheartening, the robust health and safety protocols within her business help keep everyone safe.

At Beltline Cannabis, there is always a minimum of two employees in the store at once and no one ever closes alone.

The company also has a safe word that staff understand they can use if a situation ever escalates. If the safe word is uttered by one of the employees, sales on the floor immediately stop.

There are dozens of cameras on the premises, in addition to her company’s own special protocols for closing and ensuring the premises are secure.

For the most part, the cameras simply film normal, friendly interactions between staff and clients. As Barry points out, the vast majority of customers she encounters are cordial.

“Generally speaking, in comparison from liquor to cannabis, we’re not seeing these rageful, drunken people wandering in,” Barry says of her store. “It is generally a more passive audience.”

Canadian cannabis retail stores are legally required to adhere to a list of security measures. These vary slightly by province.

Meanwhile, the Alcohol and Gaming Commission of Ontario (AGCO) says provincial cannabis shops must keep cannabis locked in a secure storage room and there has to be a record of employees who are authorized to enter said space.

The AGCO also states in its Cannabis Retail Regulations Guide that store windows need to be blacked out so people from the street can’t see in.

“Once cannabis products and accessories are on-site, they cannot be seen from the outside of the store (i.e. some retail store operators may choose to use tinted glass or frosted windows),” the document explains.

This particular rule of covered windows differs across the country (in 2020 the government of B.C. removed the non-transparent window requirement for cannabis stores).

Still, despite what the playbooks say, the feedback Leafly Canada received from budtenders coast-to-coast suggests that there is more we can do, as storeowners and as an industry, to protect staff.

These store employees have a lot to deal with during their shift and worrying about their personal safety needn’t be one. Folks, be kind of your budtender and for god’s sakes, put on the damn mask.

*names have been changed for anonymity.