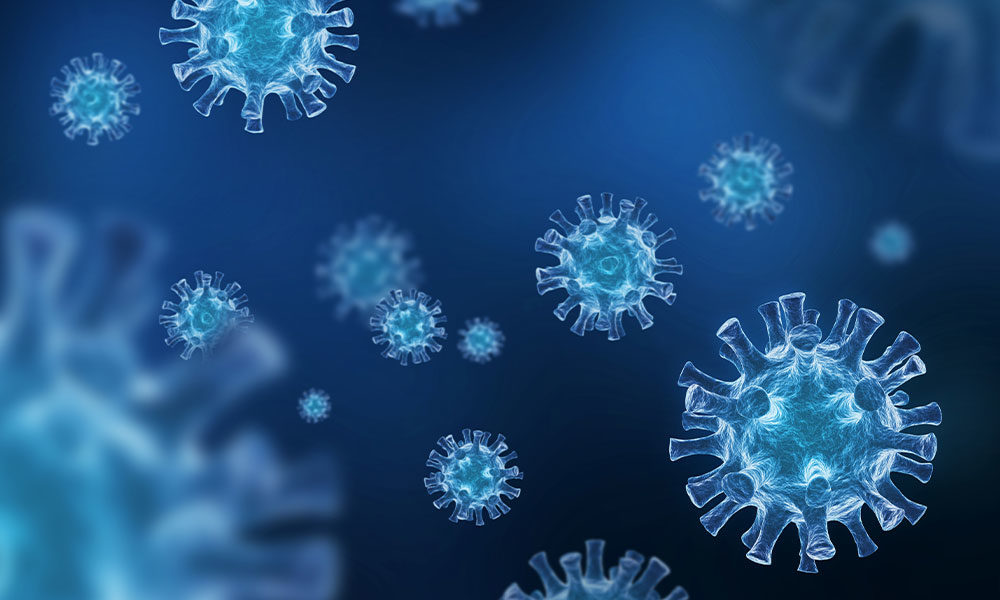 Because Blake Pearson is a board-certified physician in Canada—where cannabis is legal under national law—unlike his US colleagues, who can only prescribe a single FDA-approved CBD pharmaceutical and may only “recommend” high-THC cannabis, Pearson can prescribe cannabis to his patients. And he does: CBD for autism, THC for dementia—always in precise amounts, always from reliable sources.

A few of his patients have asked for cannabis products as part of a general strategy against the coronavirus. This is largely because, since the very beginning of the coronavirus pandemic, cannabis has been presented as a possible treatment or cure. But Pearson, a member of the Society of Cannabis Clinicians, doesn’t recommend cannabis for anyone worried about COVID-19, as either a preventative or a treatment.

“It’s way too early to advise an actual dosing regimen [using cannabis] to prevent COVID,” he said. To the “two or three” patients who inquired, “‘Does this give me some protection [from] getting COVID?’, I said, ‘It’s possible, but there’s no way you can confirm that.’”

The notion of “cannabis as COVID treatment,” was an idea first proffered mostly by fringe researchers or unscrupulous social-media personalities or CBD entrepreneurs. But serious researchers dismissed it as a return to the gimcrack hustler days of “snake oil medicine.” Former NFL player Kyle Turley was officially warned by the Food and Drug Administration to “knock it off” as early as a few weeks into the March 2020 lockdown. However, the concept that cannabis can help fight COVID-19 gained more traction this January when a pair of studies separately suggested various cannabis preparations might stop the spread of the virus or lessen symptoms.

One, from researchers at Oregon State University, examined compounds found in raw cannabis prior to heating or cooking and discovered that these acids prevented the novel coronavirus from entering human cells in an in-vitro (or test tube) study.

The other, from researchers at the University of Chicago, shows that large doses of CBD inhibited COVID-19 infection in mice—and when they looked at available data from humans, they found that people prescribed Epidiolex seemed less likely than a control group to catch COVID.

The Oregon study went legitimately viral, with writeups published in nearly every major news outlet on Earth. (“Can weed cure COVID?” is one representative headline.) Despite presenting stronger findings, with animal and human data instead of just test-tube results, the Chicago study did not make quite so many headlines, probably merely owing to the fact that it came second.

However, both studies did trigger wild misinterpretations and empty speculation: suppositions that smoking weed was why this or that person didn’t get COVID, or why their infection was less severe; or that Turley and other CBD makers were actually right when they said, back before the data came in, that cannabis was the COVID treatment we needed.

None of that is the case. And until there are more studies using human subjects that find some cannabis preparation is a COVID-19 preventative or cure, Pearson can’t and won’t recommend cannabis as any part of his patients’ COVID-19 strategy, he said in a recent telephone interview.

“You really can’t infer much from preclinical studies,” he said. “We see this all the time with preclinical stuff—when you get to human trials, it often doesn’t correlate.”

“So, while it’s interesting and I’m certainly pleased to see results, and this is a reason to explore more studies in humans, it’s way too early to read anything else into it,” he said.

It’s not yet clear when the National Institutes of Health might approve such studies and when they could begin. “We’re very eager to see some clinical trials on this subject get off the ground,” explained Dr. Marsha Rosner, one of the University of Chicago researchers. “Especially as we’re seeing that the pandemic is still nowhere near the end—determining whether this generally safe, well-tolerated and non-psychoactive cannabinoid might have anti-viral effects against COVID-19 is of critical importance.”

Ongoing US federal cannabis prohibition could be one reason why clinical studies have not started. Another is that CBD and THC will be very difficult to patent. “So, nobody’s going to spend all this money on human trials for the greater good when nobody can reap the financial benefit,” Pearson said.

In the meantime, cannabis still has potential, and dedicated advocates. Cameron Hattan spent most of the first two years of the pandemic crisscrossing California, delivering his award-winning Fiddler’s Green CBD tinctures to dispensaries “from Oregon to Mexico,” as he put it. Some of his company’s tinctures are similar to the acid compounds the Oregon researchers studied; others have the amounts of CBD comparable to Epidiolex.

And for almost two years, Hattan didn’t get sick. It wasn’t until he and his wife took off for Mexico, after a New Year’s Eve party in Arizona “with a bunch of unmasked and unvaxxed people,” that he caught COVID. And even then, his bout wasn’t all that bad. “It felt like a bad hangover,” he said. Did cannabis play a role in that? Absolutely yes, Hattan says.

“I believe I healed faster because of it, and I think it helped prevent me getting it,” he said. But, he noted, “we don’t have any clinical studies to show this. Things look good, but we can’t say for sure.”