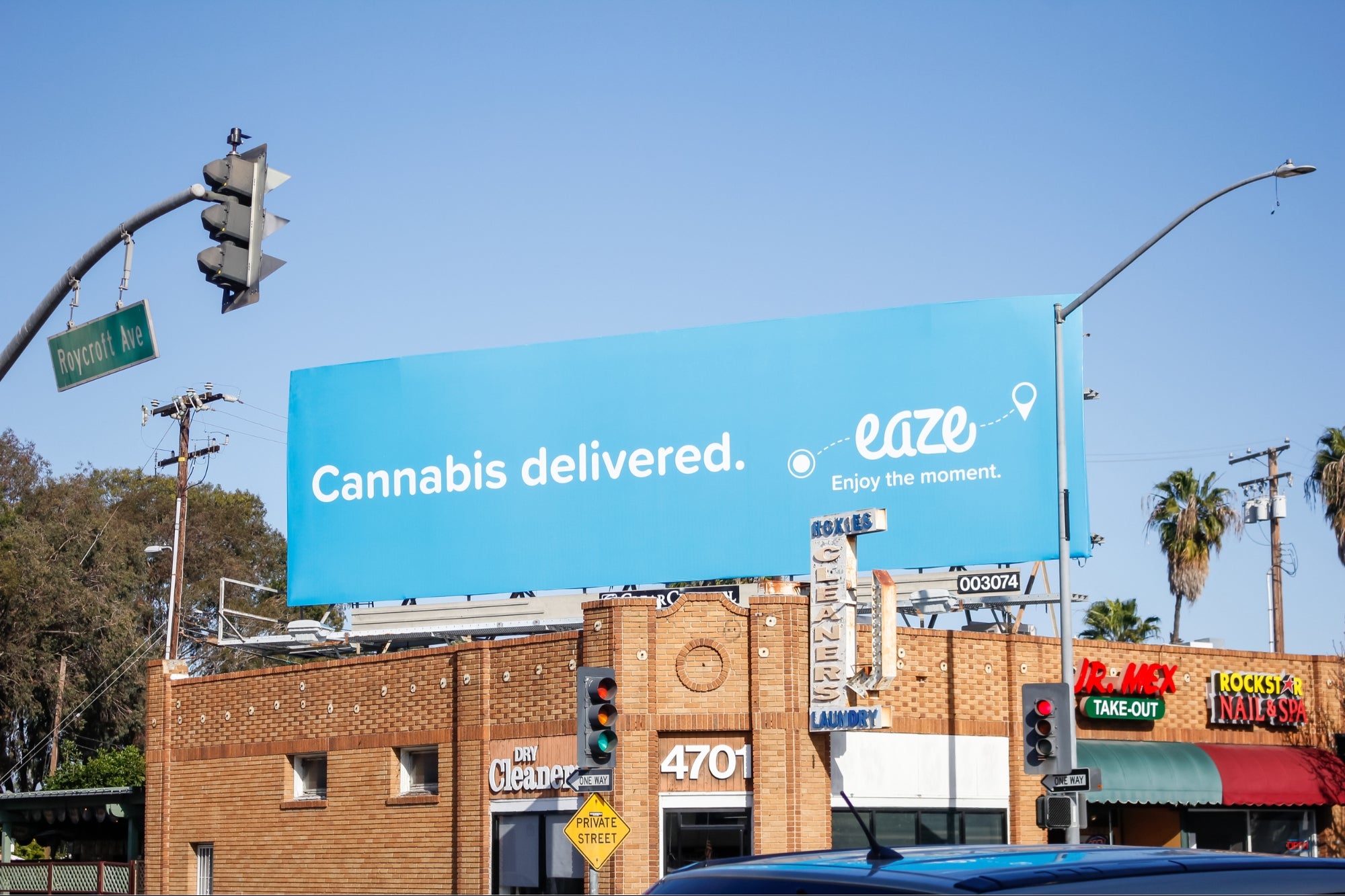 That’s bad news for the cannabis industry, which has turned to billboards as a marketing opportunity.

Cannabis companies have precious few options when it comes to advertising. With the federal government still listing marijuana as an illegal drug, the industry faces strict regulations on advertising its products and services.

The situation has left companies scrambling to get around advertising restrictions. One outlet for companies has involved placing cannabis billboards on highways in states with legal weed. But earlier this year, California officials mandated the removal of some billboards. And proposed action in Michigan could signal that idea is taking hold in other locations.

A bipartisan group of lawmakers in Michigan filed a new bill this year banning cannabis advertisements on billboards. Rep. Abdullah Hammoud, a Democrat, is listed as the primary sponsor of the bill. Both he and his co-sponsor, Republican Rep. Mary Whiteford, cited children’s exposure to the billboards as one of their main reasons for proposing the change.

“For anybody who needs to access marijuana for recreational or medicinal use, I highly doubt it’s a billboard that’s their primary source for how to access marijuana. It’s 2021,” Hammoud said in a news article published on his website.

The Michigan law goes further than the California law.

Hammoud also cited the California ban as setting a precedent in this area. In early 2021, state officials in California called for the removal of all marijuana billboards on roads that crossed the state’s borders into another state. The new rule covers about three dozen state and interstate routes, according to the Associated Press.

However, advertisements can remain on roads entirely inside the California state borders. In Michigan, the proposed ban includes all roads. The bill states: “A person shall not advertise any of the following on a billboard or digital billboard that is located in this state:” The prohibited list includes marijuana, marijuana-infused products, marijuana accessories, and a marijuana establishment.

The reason behind the California change involved adhering to a court order from a judge in San Luis Obispo County. The judge found cannabis billboards are not allowed on interstate roads under provisions of Proposition 64, the voter-approved referendum that legalized adult-use cannabis in California in 2016.

RELATED: Despite Hurdles the Michigan Cannabis Market Is On Fire

Why this decision is vital to the cannabis industry

The move to remove cannabis billboards in Michigan, and the partial ban in California, hurt a cannabis industry that struggles to do much marketing in the current environment. The industry must contend with restrictions on advertising since the product is a Schedule I illegal drug.

Some states also have made it much more difficult. For example, Massachusetts has laws that make cannabis companies prove with data that people over the age of 21 make up at least 85 percent of the audience the planned marketing campaign will reach. The ban includes TV, radio, podcasts, social media, mobile apps, print ads. Billboards reach drivers primarily, and most drivers are over the age of 21, making billboards a popular choice.

However, in the article on Hammoud’s site, Whiteford argued that too many children see too many billboards. “I keep seeing these billboards all over. I’m so concerned about children and their exposure if this is allowed to continue,” she said.

When politicians invoke concerns about children, that’s typically bad news for those who oppose their actions. However, in this case, the news has been good so far for the cannabis industry: Hammoud and Whiteford’s bill has remained stalled since April.