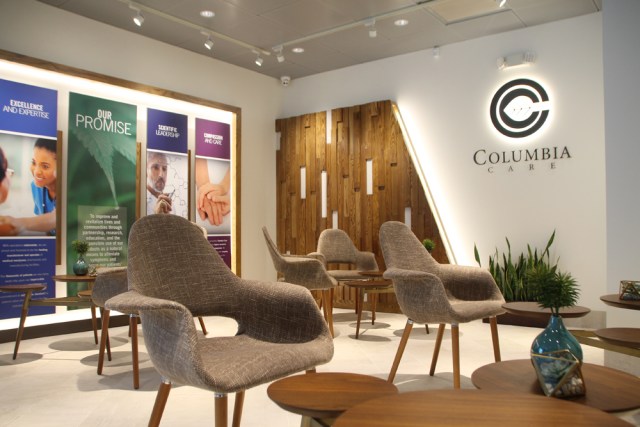 A Chicago-based cannabis company has announced plans to acquire Columbia Care, which has a medical marijuana and recreational cultivation presence in Riverhead, in an all-stock merger valued at $2 billion.

The proposed merger, which was announced in March, is subject to closing conditions and regulatory approvals and is on track to close in the fourth quarter of 2022, according to a press release issued last month. The deal would make Cresco Labs the leading cannabis company in the nation with over $1.4 billion in revenue and the largest wholesaler of branded cannabis products and largest retail footprint with more than 130 retail stores in 17 states plus Washington D.C.

In a statement, Cresco Labs CEO Charles Bachtell said the announcement comes at a “very important time” in the progression of the marijuana industry.

“This acquisition brings together two of the leading operators in the industry, pairing a leading footprint with proven operational, brand and competitive excellence. The combination is highly complementary and provides unmatched scale, depth, diversification and long-term growth,” Mr. Bachtell said.

News of the merger comes nearly a year after Columbia Care upped its stake in the local pot business with the $42.5 million purchase of the Van de Wetering Greenhouses on Sound Avenue in Jamesport.

At the time, Columbia Care officials said the site would supplement the company’s existing medical marijuana growing operation in western New York and better position it to cultivate pot for recreational use.

Initially founded as a medicinal company, the Manhattan-based Columbia Care has grown to one of the largest multi-state providers of medical cannabis in the country with licenses in 18 U.S. states and jurisdictions as well as in the European Union. It operates 131 facilities, including 99 dispensaries and 32 cultivation and manufacturing facilities, including those in development.

“Since our founding, our mission has been to deliver the best outcome for our stakeholders,” Columbia Care CEO Nicholas Vita said in a statement. “In an evolving industry, the opportunities to better achieve our mission through consolidation led us to this historic moment.”

The acquisition will give Cresco Labs a presence in key states that include New York, New Jersey, Florida, Massachusetts, Illinois, Pennsylvania, Colorado and Virginia.

“The combination of Cresco Labs and Columbia Care accelerates our journey to become the leader in cannabis in a way no other potential transaction could,” Mr. Bachtell said.

The Boards of Directors at each company have already unanimously approved the transaction, the press release said.

New York is poised to become an epicenter for cannabis activity in the northeast after adult-use recreational marijuana was legalized in 2021. Several neighboring states including New Jersey and Connecticut are also rushing to open their recreational markets.

The state is expected to begin issuing licenses to dispensary and cultivation facilities later this year.

In mid March, the state opened an online application portal for hemp farmers to apply for temporary permission to grow and process marijuana in order to supply shops that will kick-start the legal industry while permanent license-holders are chosen.

According to state officials, the first hundred or so retail licenses to sell recreational marijuana will be reserved for those with prior cannabis-related criminal offenses, a move Gov. Kathy Hochul said is a “major step” towards social justice. “The regulations … will prioritize local farmers and entrepreneurs, creating jobs and opportunity for communities that have been left out and left behind. I’m proud New York will be a national model for the safe, equitable and inclusive industry we are now building,” Ms. Hochul said.

Under the state marijuana law, municipalities had the choice to opt-out of allowing dispensaries or places to indulge in marijuana use publicly before the end of last year. Riverhead and Southampton towns will allow those facilities to open in the towns while nearby, Southold voted to opt out of allowing sales and consumption sites in town.