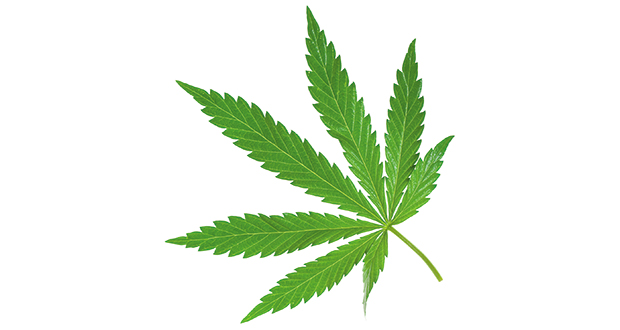 Four New England states now allow medical and recreational use of marijuana, which means local companies must review their current drug testing and substance use policies to ensure they are compliant with state and federal laws.

With Connecticut legalizing recreational marijuana in June — and Maine, Massachusetts and Vermont laws already in place — only New Hampshire and Rhode Island remain as holdouts for legalization. The provisions of the Connecticut law that affect employers will go into effect on July 1, 2022.

Overall, employers walk a fine line when deciding on their internal policies. They need to comply with state law, but according to federal law the use of marijuana is illegal. As a Schedule I substance, it isn’t even recognized as a medical treatment under federal law.

Companies also must consider what’s fair and reasonable for their workforce. For employers that operate in states where marijuana is legal for both medical and recreational use, they must ensure that they aren’t discriminating against employees who are using the substance legally outside of their employment obligations.

In states where marijuana is legal for recreational use, employers often approach cannabis use similarly to alcohol consumption. You don’t have to allow use within the workplace, and if employees choose to use it on their own time the substance’s impact on job performance would have to be considered.

Federal laws on workplace marijuana use

While marijuana is illegal at the federal level, the federal government generally doesn’t prosecute those who are using or distributing it as long as they are in compliance with state law. However, in “drug-free” workplaces, federal law still requires that employees test negative for the use of marijuana as well as other restricted substances. Additionally, the government continues to treat marijuana as an illegal drug for purposes of oversight, distribution, and federal disability law protection.

Is zero-tolerance the way to go?

If an employee is impaired by alcohol, prescription medication, or recreational marijuana to an extent that causes him or her to be a safety concern, it is the employer’s obligation to intervene. That’s why many employers have a zero-tolerance policy when it comes to using alcohol during work hours. It is also the rationale behind enforcing a zero-tolerance policy when it comes to the use of marijuana and other cannabis products.

But that doesn’t mean that employers can automatically enforce zero-tolerance. That is especially true if a state your business operates in has enacted specific legislation to protect an individual’s right to use marijuana as part of medical treatment.

A bill pending in Massachusetts would protect off-duty use of legal recreational cannabis products. A similar provision goes into effect next year as part of the new Connecticut law.

Beyond the legal obligations, employers should also consider employee sentiment and morale. There are likely individuals within the workforce who support cannabis use. If it will hurt morale or limit the pool of qualified candidates, a zero-tolerance policy may do more harm than good.

Businesses and organizations need to pay special attention to their policies with regard to drug testing, job safety, medical accommodations, and off-duty use.

Drug testing can include pre-employment screening as well as ongoing tests, which may be randomized. However, one of the most difficult things to determine with cannabis use is when the substance was ingested. If the employee is in a state in which recreational use is legal or if the employee is using it for medical treatment, testing may seem discriminatory.

Some employers choose to give employees notice when testing will occur. Others warn employees that recreational use can create a positive result, which would then be treated according to the policy.

In creating on-the-job safety policies, it’s important to have a basis for any rule. Some studies have shown that employees who tested positive for cannabis use had more injuries, industrial accidents, and absenteeism than those who tested negative. The use of marijuana has also been linked to a decrease in productivity, higher turnover, increased numbers of lawsuits, and higher numbers of unemployment and workers’ compensation claims. Also, while the use of cannabis is often compared to that of alcohol, keep in mind that impairment resulting from the use of marijuana is far more difficult to accurately assess.

When cannabis is used for a medical condition, employers need to carefully consider their obligations to their employees. In recent decisions, courts have sided with workers and penalized employers found to be discriminating against employees using cannabis legally.

When creating policies, it’s essential that employers also take into consideration the use of other cannabis products such as CBD oil, the non-psychoactive chemical component of cannabis that is believed to have medicinal value.

Unfortunately, these products can be the cause of a positive drug test result. Even if the individual who used the CBD oil or a similar product was compliant with state law and was never impaired, that person’s test results could cause a problem.