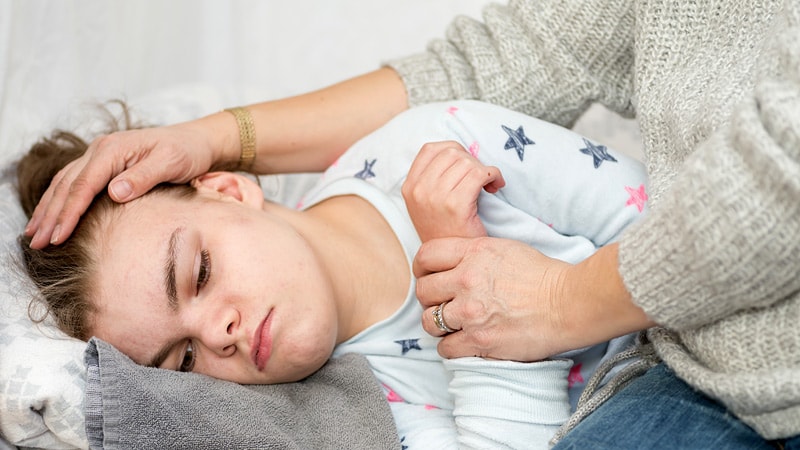 Topical cannabidiol (CBD) gel, added to antiseizure medication, may help reduce seizures and improve quality of life in children with developmental and epileptic encephalopathies, according to the results of a nonrandomized controlled trial.

Developmental and epileptic encephalopathies (DEEs), which usually begin in infancy and childhood, are the most severe group of epilepsies, which include Dravet syndrome, Lennox-Gastaut syndrome, West syndrome, and myoclonic-atonic epilepsy.

CBD reduces neuronal excitability and limits seizures through effects on multiple targets. An open-label study of oral CBD suggested it was safe and well-tolerated in patients with drug-resistant epilepsy.

The current trial is the first to test a non-oral formulation of CBD in a cohort of children and adolescents with DEEs.

The study was published online September 3 in JAMA Network Open.

The investigators, led by Ingrid E. Scheffer, MBBS, PhD, Austin Health and Royal Children’s Hospital in Melbourne, Australia, enrolled 48 patients (mean age, 10.5 years; 54% boys) with DEEs who were on a stable regimen of one to four antiseizure medications.

Following a month-long baseline and titration period, patients underwent 5.5 months of a flexible-dosing maintenance period for a total of 6.5 months of CBD gel treatment (applied twice daily at doses of 125 mg to 500 mg).

Forty-six patients were included in the seizure frequency analysis. Across all countable seizures, the median seizure reduction was 12.3% (interquartile range [IQR], −18.6% to 46.3%).

Parents and caregivers reported improvements in social or interpersonal engagement and irritability (77%); alertness, energy, and sleep (53%); and cognition or concentration (47%).

During treatment, 29 patients (60%) had at least one treatment-related adverse event; 70% were mild and 26% were moderate.

Application-site dryness, application-site pain, and somnolence were each reported by four patients (8%). Diarrhea was the only treatment-related gastrointestinal adverse event, reported in a single patient.

There were no clinically significant changes in vital signs or electrocardiograms. Laboratory findings were unremarkable, except for one patient with a transient, benign, isolated elevation of alkaline phosphatase that was not considered related to the CBD gel.

As previously reported by Medscape Medical News, the safety and tolerability profiles observed in the children were consistent with a 2019 trial of CBD transdermal gel in children with fragile X syndrome.

“These findings highlight the need for a double-masked, randomized clinical trial of CBD transdermal gel,” the investigators note.

Reached for comment, Benjamin Tolchin, MD, assistant professor of neurology, Yale School of Medicine, New Haven, Connecticut, said: “Children with developmental and epileptic encephalopathies often suffer from very refractory epilepsies, so new treatment options are always very welcome. The fact that this is a topical rather than oral formulation is novel and intriguing.”

“The study raises an interesting new potential avenue for treatment of children with developmental and epileptic encephalopathies but very much needs follow-up with a double-blinded, randomized controlled trial to assess efficacy,” Tolchin told Medscape Medical News.

“Because the participants and families were not blinded regarding the intervention, and families were responsible for assessing seizure frequency and adverse effects, there may be placebo effect and bias in reporting of outcomes,” he added.

He also noted that 60% of participants experienced at least one treatment-related adverse effect.

“In my view, this is not a trivial level of adverse effects for an antiseizure medication,” Tolchin said.

Zynerba Pharmaceuticals, which makes the CBD gel used in the study, sponsored the trial and was involved in the collection, management, analysis, and interpretation of the data, as well as the preparation, review, approval, and submission of the manuscript. Scheffer has reported serving on the scientific advisory board of Zynerba Pharmaceuticals. Disclosures for the other authors are listed in the article. Tolchin has reported no relevant financial relationships.