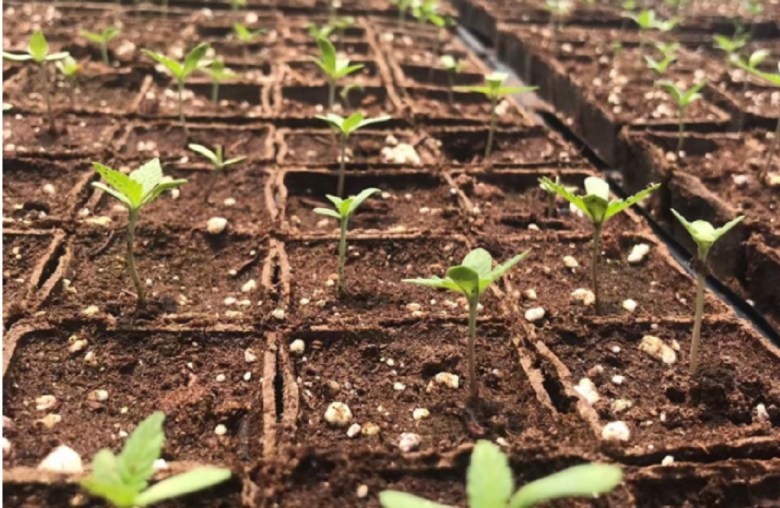 Medical marijuana patients in Connecticut gained the right to cultivate their own cannabis plants this month and according to a local hemp farmer, hundreds of patients have since sought help cultivating green thumbs of their own.

“We’re seeing a good amount of people at least try their hand at the plant,” Luis Vega, founder of North Haven-based Wepa Farms, said Monday. “People are very excited for the way the law has moved. It’s a lot of people who want to make sure they grow within the law.”

Connecticut has had a medical marijuana program on the books for nearly a decade and the number of participating patients has grown to nearly 54,000. But until Oct. 1, cannabis had to be purchased at one of 18 medical dispensary facilities around the state.

The recent change came as a result of this year’s law, which legalized adult-use cannabis and laid the groundwork for a recreational sales industry. Advocates fought for the inclusion of home-grown provisions over concerns from Gov. Ned Lamont’s administration that it would be difficult to regulate.

The law will expand on July 1, 2023 to include anyone 21 or older. But for now, approved medical patients at least 18 years old can cultivate as many as three flowering plants and three immature plants in their homes as long as they are secured indoors.

Wepa Farms recently partnered with CannaHealth, a company that certifies patients who qualify for the medical marijuana program, to offer a four-hour class for novice cannabis farmers. In less than a month, Vega said more than 250 new cultivators had sought advice.

“We do basically a crash course for the medical home cultivator,” Vega said. “We start you with the equipment you need, give you a background understanding of what the plant does and what the current state laws are. We also give you some insight into the plant from the agricultural side as it grows. We give information about the life cycle of the plant, preventive maintenance options for pests, and cleanliness of your location.”

Vega said medical cultivators can also purchase starter kits with the equipment necessary to begin their own growing operations. He said those kits should include plant nutrients, grow pots and a light source, as well as a fan and filter for air circulation. New cannabis farmers will need to obtain seeds and a grow tent to help regulate their plants’ environment.

Although setting up a small growing operation can be initially pricey, it’s expected to help reduce the cost of cannabis for medical patients. Connecticut’s medical marijuana law explicitly does not require health insurance companies to cover the treatment. During a legislative hearing in February, one patient with lupus told lawmakers her annual cost of medical marijuana nearly exceeded $6,000.

In all likelihood, Vega said most patients who chose to grow at home would not produce enough cannabis to completely eliminate trips to the medical dispensaries. But he said many cultivators found the simple act of caring for the plants to be beneficial in its own right.

“They start integrating the actual growing of the plant into part of their therapy,” Vega said. “There’s a plant-therapy concept out there. As you tend for a living plant — any living plant really — you start to heal yourself from within as well. Actually taking care of and growing the plant is therapeutic as well as the finished product.”