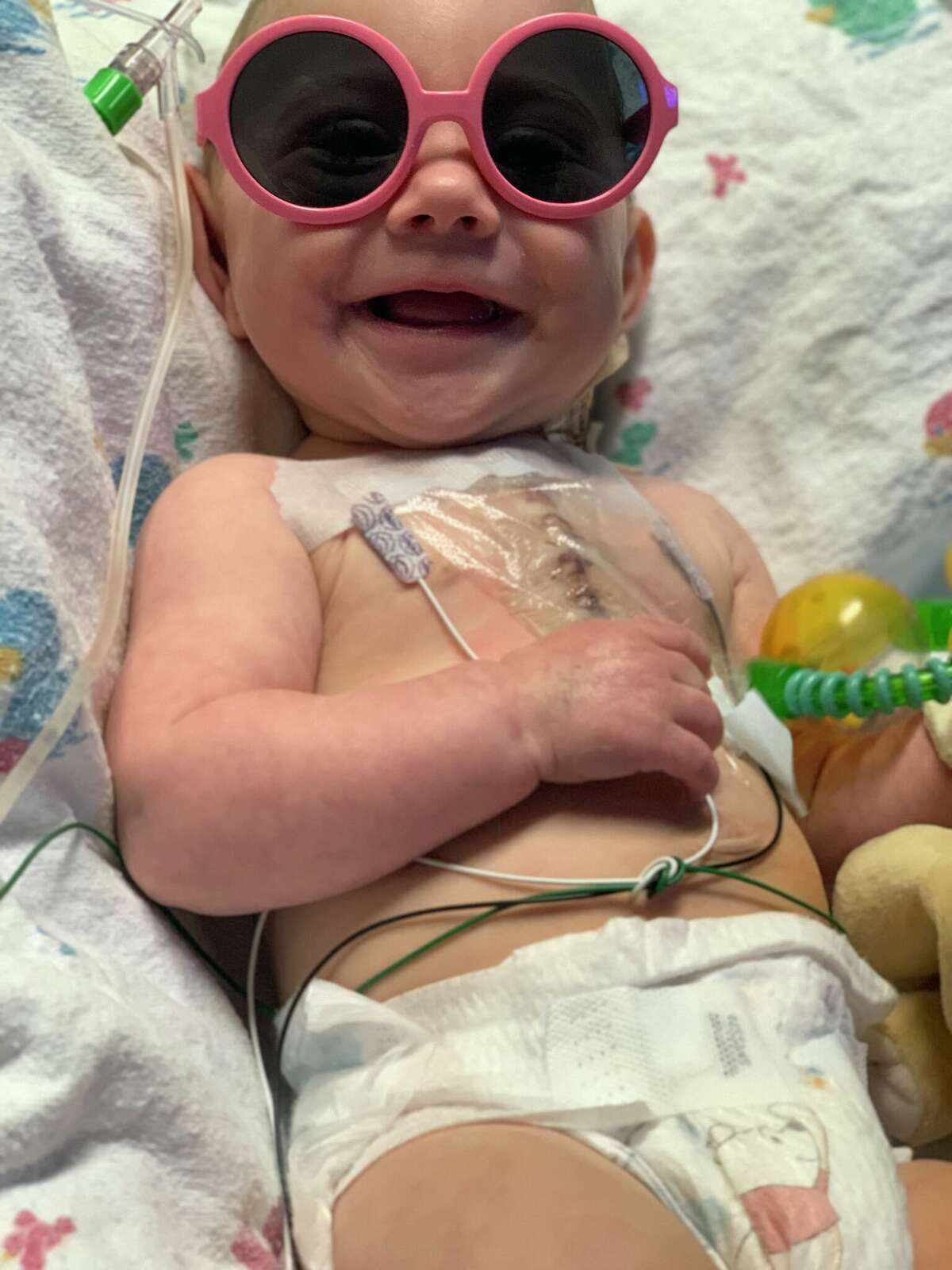 watching Luci Knowlton crawling around her Deep River home, or standing on her little legs, using her grandfather’s thumbs for balance, the nine-month-old exudes happiness and wonder with curious, big blue eyes.

She laughs, smiles and only shows signs of discomfort when she needs to burp or throw up. There is no sign of the long incision scar on her torso from the open-heart surgery she had at six months old or the number of birth defects doctors thought would cause her to be stillborn.

“He has gastroparesis. And his intestines are twisted. He throws up and dries up six to 12 times a day. We have a lot of mats around,” said his mother, Chelbi Wade, 30. “It’s a challenge. Our life has been all about her, which is how it should be for most new parents. But we spend more time in doctor’s offices than on play dates.”

Wade and her husband of four years (but couple of 10 years) Josh Knowlton were excited to find out their baby’s gender when they went to New Haven for a doctor’s appointment.

“We were going out on a date. Eat in New Haven after,” Wade said.

Then they got the news. They found out the gender, but also that Luci had two heart defects, possibly club feet and one Abdominal wall defect called omphalocele this meant that some of his organs were growing outside his body in a sac of membrane.

“Because she had so many birth defects, we were basically told she would be stillborn or die within a couple of days of being born,” Wade said. “It was probably the most overwhelming experience we could have had.” 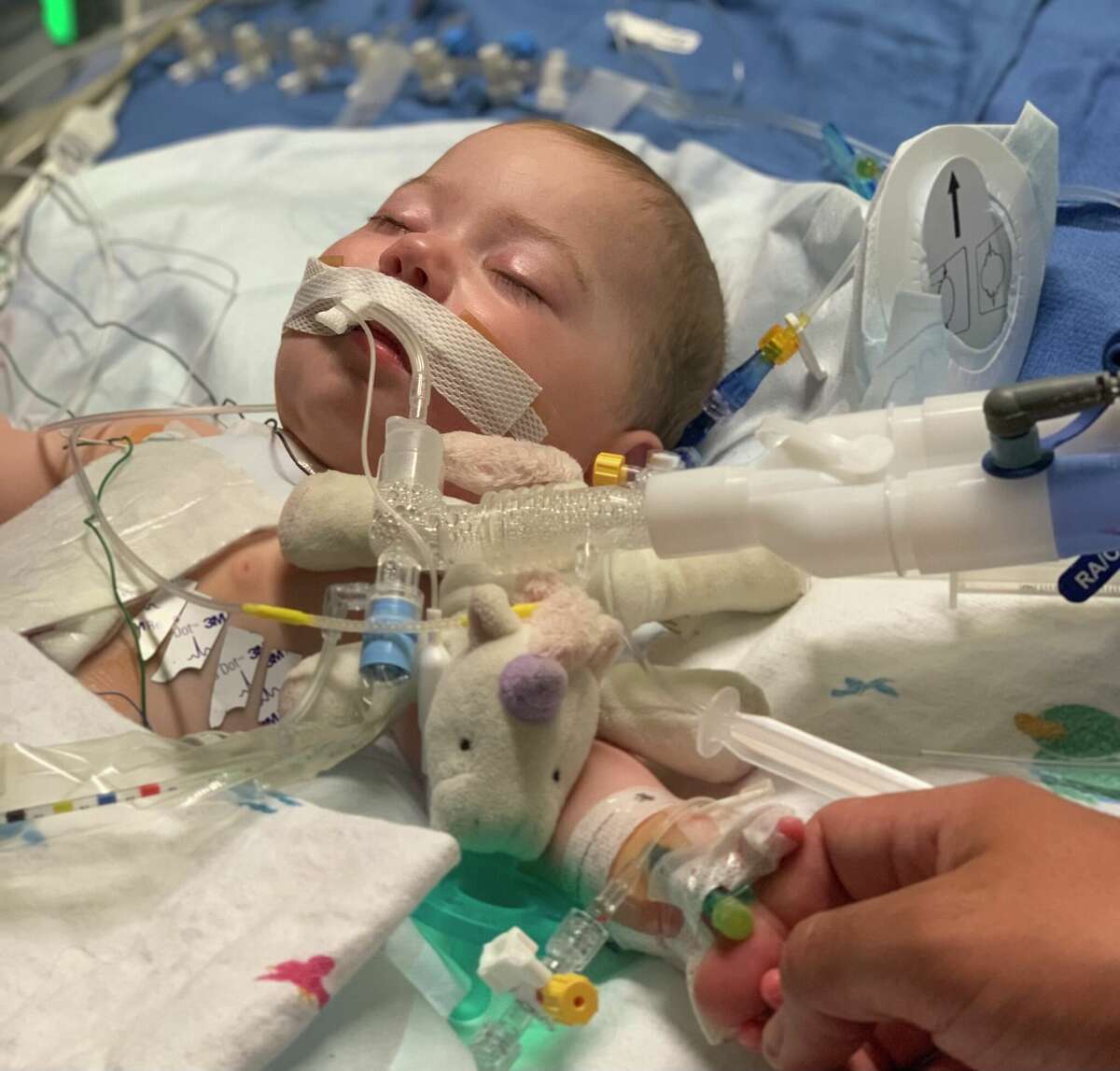 On Sunday morning, Connecticut motorcyclists will raise their brackets and turn the throttle during a charity race called “Ride for Luci” to offset the excess costs of specialty formula, time off and trips to out-of-state hospitals. been like the Children’s Hospital. of Philadelphia for the specialized care Luci needs.

Luci’s intestines and liver developed outside his body while in the womb. His intestines went back in, but they became distorted, causing a series of gastrointestinal problems. Her liver remained outside her body in a membranous sac, requiring surgery and 30 days in the Neonatal Intensive Care Unit. He was also born with two heart defects that required more surgery that was performed earlier this summer. 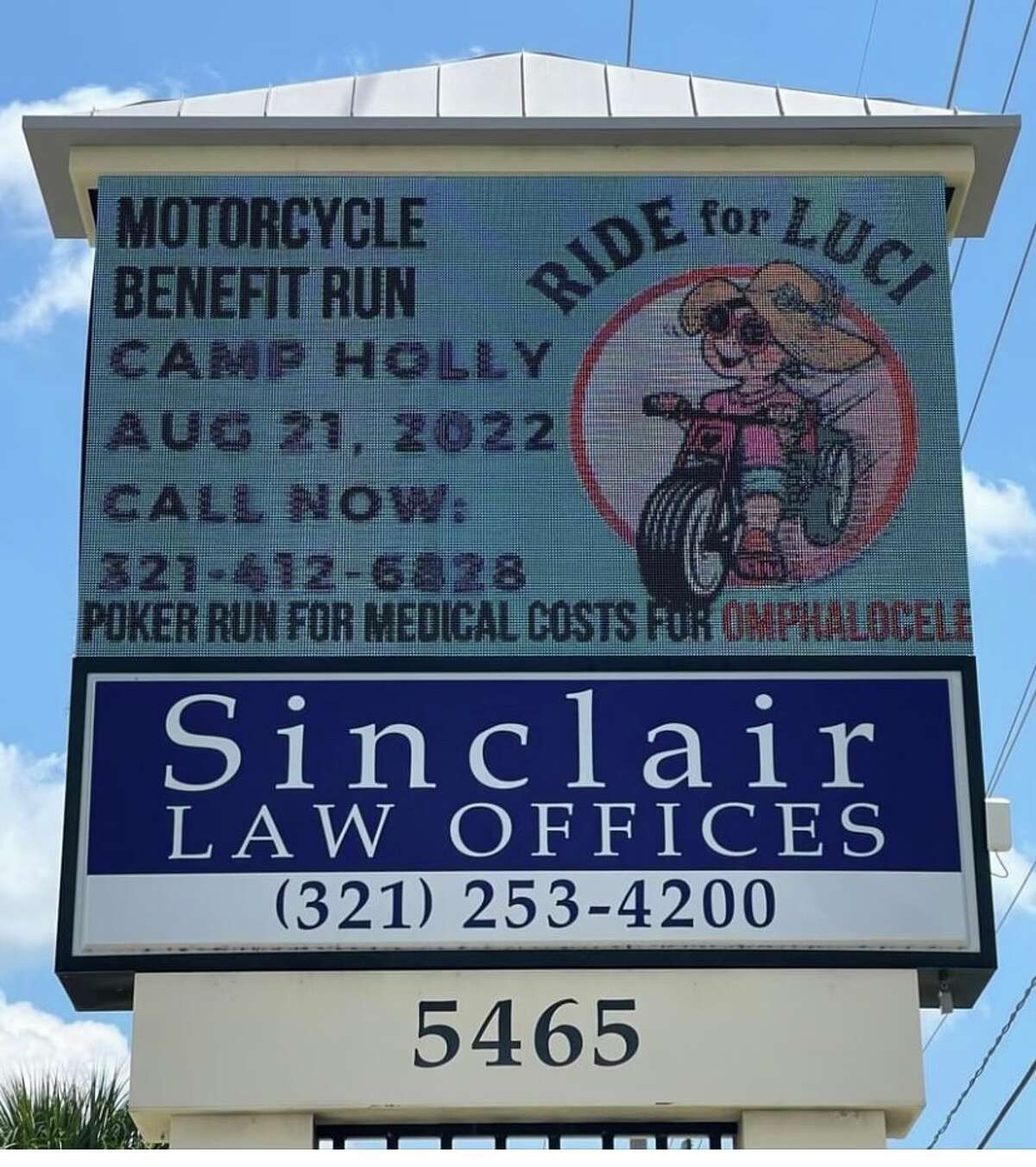 Walk through Luci’s billboard in Florida.

The ride was organized by Knowlton’s father, Matt, and brother, Austin, with help from his mother, Lisa, and sister, Chelsea. Josh Knowlton’s father arranged a company trip for the same time and day in Florida. They even bought a billboard to promote the event.
Wade is an artist owner of SoMA Gallery in Deep River. Josh Knowlton is a salesperson for FB Webb in Waterford.

High Nine co-owner Kerstin Fluegeman said the number of sub-communities that have come together to support the family is a testament to their impact on the community.

“There’s the motorcycle community, artists, coffee lovers, beer lovers,” Fluegeman said. “This feels so special to me. To bring all these groups together to come together. It really just shows how special Josh and Chelbi are and how many lives they’ve positively impacted.”

She is not alone in her feeling.

“Josh and Chelbi are such amazing people and Luci is a sweetheart,” said Perkatory co-owner Joe Perazella. “With them as our friends and us having the platform to be able to help, it was an easy decision for us to want to help. Bikes, coffee and help when we can. It should be a good time and a great cause.”

The journey will begin at High Nine in Deep River. Registration takes place between 9am and 10:30am and stands will go up around 10:45am. Drivers are asked to pay $20 to participate, plus $10 for passengers. Four-wheelers are also welcome. The ride will take participants through 62 miles of scenic roads before finishing back at High Nine around 12:30 pm for beer, coffee, food and lots of raffle prizes.

The idea for the trip was Austin Knowlton’s.

“When we found out Luci was going to have omphalocele problems, I didn’t want my sister-in-law and brother to worry about a financial struggle,” she said. “I’ve been on motorbikes all my life and we’ve done a lot of rides supporting people. I thought that would be a great idea.”

Matt Knowlton said the response to the trip, and its Florida counterpart, has been so positive they will make it an annual event. And if Luci no longer needs the help, they will pay it forward.

“If Luci, Josh and Chelbi still need financial help next year, we will do it for them,” he said. “If not, we will find another family with a baby who has omphalocele or other birth defects and take them. We will continue this every year, whether it’s for Luci or another baby in the state of Connecticut that we can help.”