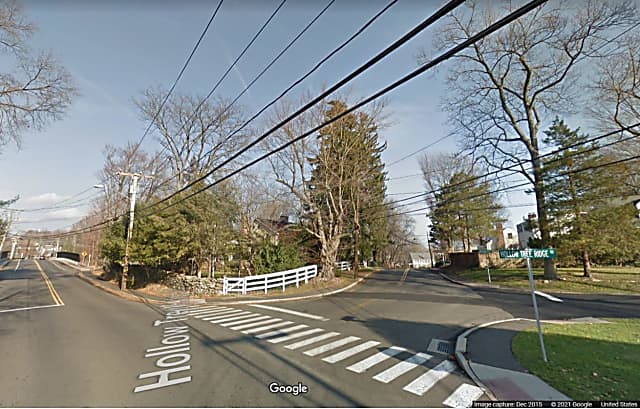 A 17-year-old from Fairfield County is facing misdemeanor charges after police said she admitted that she smoked marijuana while driving before crashing her vehicle.

Officers responded to a report of a rollover crash in Darien at about 3 p.m. on Thursday, Dec. 2, according to the Darien Police Department.

Police said officers found the vehicle on its left side, partially off the roadway in the bushes in the area of Hollow Tree Ridge Road near Linden Avenue.

While officers were helping the driver out of the vehicle through the sunroof, they smelled a “strong order of marijuana coming from the vehicle,” police said.

The teen, who is from Darien, told police she had smoked marijuana while driving and she thought she had fallen asleep at the wheel, authorities reported.

A witness at the scene also told police that the driver had admitted to her that she had smoked marijuana, authorities said.

Police said investigators determined that the teen had struck another vehicle from behind before her vehicle rolled over.

The teen was taken to a hospital after the crash.

She was issued a misdemeanor summons for charges of driving under the influence as a minor, failure to drive right and failure to drive a safe distance resulting in a motor vehicle accident, authorities said.

She is set to appear in court on Monday, Dec. 13, police said.