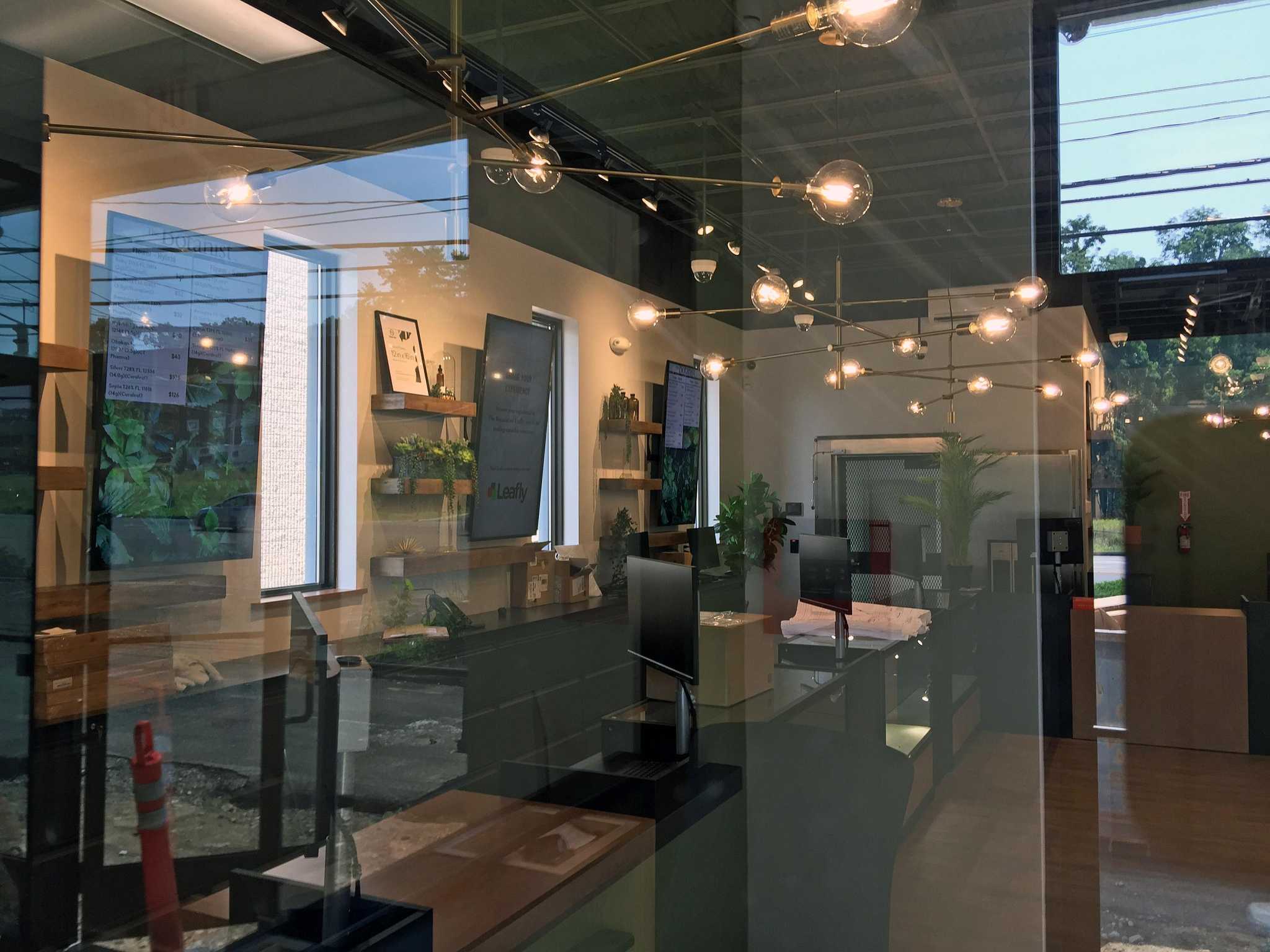 DANBURY – The Aug. 16 target opening of the city’s first medicinal marijuana dispensary in a former west side bank turned out to be more ambitious than successful.

But the opening of the Mill Plain Road dispensary, which has been rebranded The Botanist, is not far off, an executive for the parent company said last week.

The delayed opening of the city’s first cannabis dispensary means patients with medical marijuana cards will continue to buy products at the Compassionate Care Center of Connecticut in Bethel, which Acreage bought late last decade along with dispensaries in Montville and South Windsor.

The Bethel location will close and staff will move to a larger two-story building in Danbury in as soon as a month, Tirella said.

The sign outside the Danbury location, which reads The Botanist, is part of a rebranding effort by Acreage for its Connecticut dispensaries. The Botanist is also the name of product line for Acreage, which has 18 dispensaries in six states.

The opening of the Danbury location comes at an uncertain time for the cannabis business in Connecticut. One the one hand, the industry welcomed phased state legislation in July that decriminalized marijuana and opened the door for retails sales as soon as the last quarter of 2022.

On the other hand, communities including Danbury have imposed a temporary freeze on all new cannabis-related business activity in order to study the new state law and adopt local regulations. Other communities such as Newtown have banned cannabis establishments, including medicinal marijuana facilities.

That makes for an uncertain future for Acreage, which may want to get into the retail trade, while still hanging onto its medicinal dispensaries, Tirella said.

In Danbury, while zoners review their land use options, City Hall has convened a brain trust to advise the mayor’s office about Danbury’s obligations under the new law.

“It is still our hope to work with the city,” Tirella said. “We are putting together some material internally to pass along as they need it. We’re here to partner with the city and be a resource.”

The debate over retail marijuana does not affect Acreage’s plans to move to Danbury, which were approved earlier this year.

Late last week, the building had been stripped of its banking vestiges. A drive-thru window – which Acreage was hoping to use for patients who didn’t want to leave their cars – has been removed after the city’s Zoning Commission said “no.”

The building exterior has been refreshed in a warm gray, and a calming shade of olive. Inside, the décor features hard wood floor covering, natural light and botanical wall art.

“We’re moving to open as soon as possible,” Tirella said.