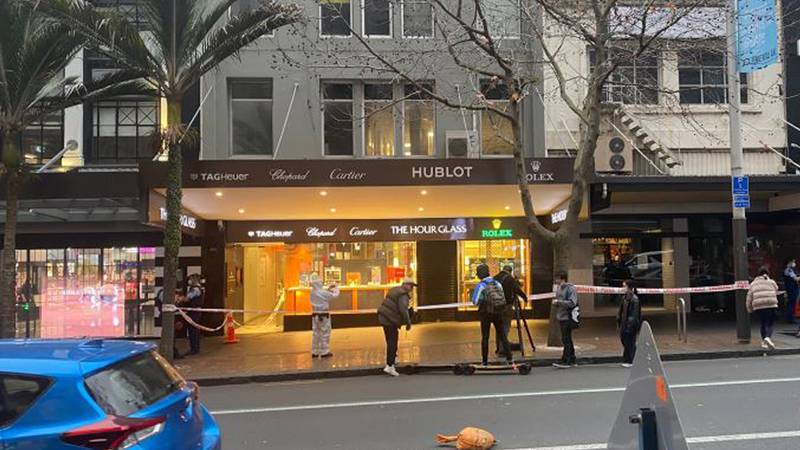 The video, provided by an eyewitness, shows three people running towards a waiting car before speeding off.

The onlooker, who wishes to remain anonymous, said one of the alleged criminals appeared to be armed with a sword.

“I heard a lot of commotion and noise. Then I heard banging and banging.”

He said the robbery at high-end watch store The Hourglass happened around 3:35 p.m.

Scene of the robbery at the store on Queen St. (Source: 1News)

During the confusion, one member of the group appeared to fall behind and was later handcuffed by police, he said.

“They came back to get him, but all the commotion and people around who had arrested him made it too difficult for the criminals. So they had no choice but to leave him behind.”

The footage shows a member of the public kicking the getaway vehicle before someone warns him with a hammer.

Police told 1News they were attending a robbery on Queen St.