Home Miscellaneous Marijuana and CBD Info During the EVALI lung crisis, my state banned all vapes. We were wrong. 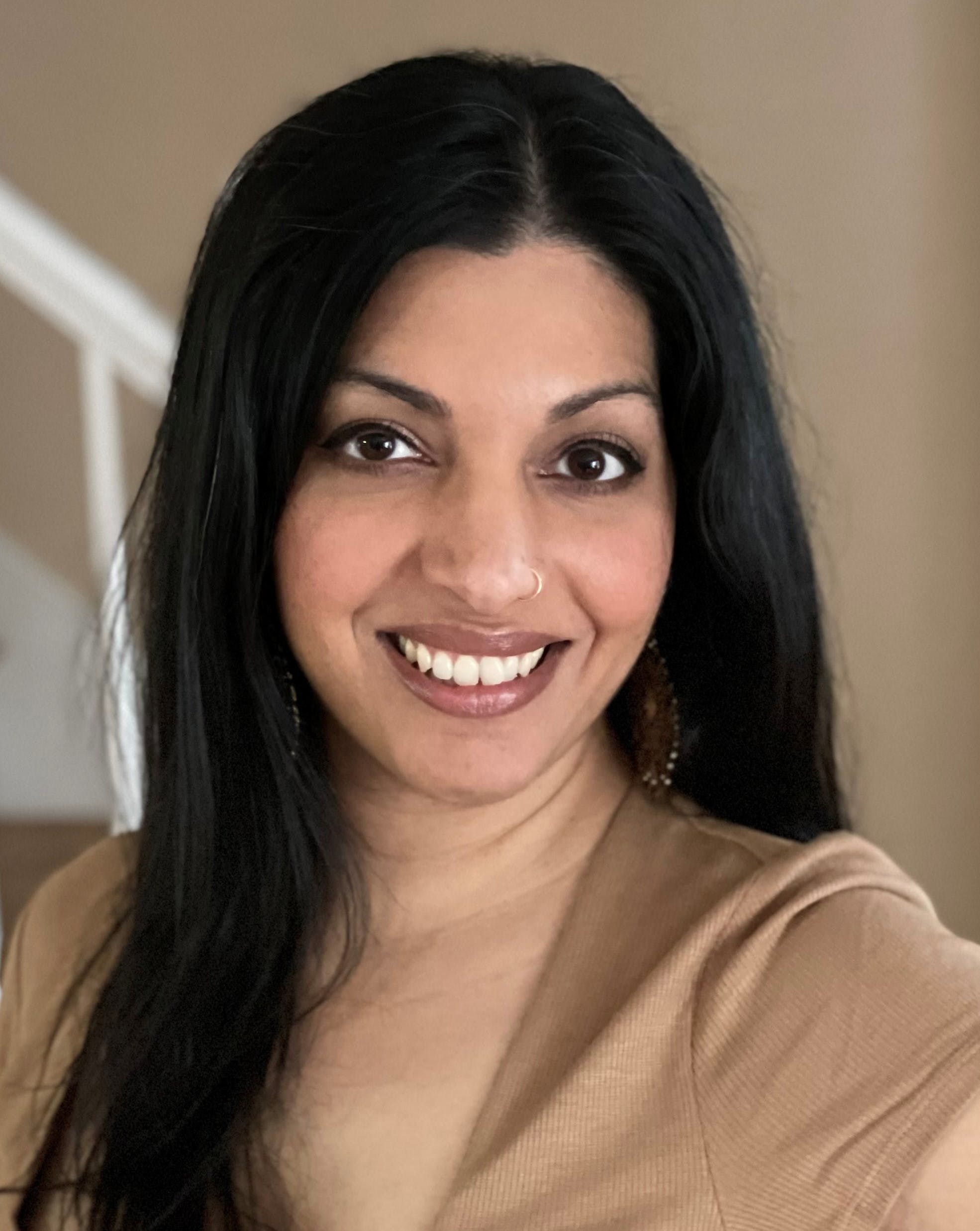 During the EVALI lung crisis, my state banned all vapes. We were wrong. – Leafly

Earlier this month, a federally-funded study on vaping-related lung injuries confirmed what experts have been saying for years: Legal, regulated cannabis is far safer and better for public health than products purchased in the illicit market.

The new study examined the 2019 outbreak of vaping lung injuries, which sickened thousands of people across the country and killed at least 68. Analyzing state-level data, researchers found that states where marijuana was legal for adults had a 42% lower incidence of cases.

The lone exception among legal-cannabis states was my home state of Massachusetts, where the incidence of the disease (known as EVALI, or VAPI) was in the top fifth of all U.S. states. Other legal states were in the bottom half.

Vape pen lung injury: Here’s what you need to know

Observing the ban from inside government

At the time of the outbreak, I was a marijuana regulator in Massachusetts, one of the initial members of the state’s Cannabis Control Commission.

This will go down as one of the worst policy mistakes in the history of cannabis regulation.

As someone who witnessed the state’s response to the crisis firsthand, its failure doesn’t surprise me. It’s the result of what deserves to go down in history as one of the worst policy mistakes in all of cannabis regulation: our governor’s unlawful, ill-advised ban on the sale of all vaping products when the public health problem was at its worst.

I found out about the ban just a few hours before it was announced, on Sept. 24, 2019. Concern had been steadily growing about a mysterious lung illness that appeared to be linked to vaping, with the U.S. Centers for Disease Control and Prevention having activated emergency operations to investigate the precise cause.

In response, Massachusetts Gov. Charlie Baker announced that he was declaring a public health emergency and banning the sale of all vape products for four months.

It was immediately clear to me that the people who made the decision were poorly informed, both on the outbreak and the existing use of marijuana vape products in our state.

Given that cannabis regulation was my job, I had been watching reports coming from outlets such as Leafly that suggested the problem could be an additive used as a cutting agent in illicit THC vape cartridges.

On the day the ban was announced, Leafly published an investigative report that traced the journey of a contaminated illicit-market vape cartridge across the globe. But the Massachusetts ban was broad. It included all vape products—cannabis and nicotine e-cigarettes, flavored or unflavored, whether for medical or adult use, licensed or unlicensed.

The ban went into place without any input from the Cannabis Control Commission, and I got the sense that obvious questions had been overlooked.

Journey of a tainted vape cartridge: from China’s labs to your lungs

Many of us asked whether it needed to apply even to medical cannabis patients, for example. We suggested an exemption for products that exclusively vaped cannabis flower rather than cartridges. Nothing changed initially. People using e-cigarettes to quit smoking were rightly given free cessation resources during the ban, but 60,000 registered medical cannabis patients didn’t so much as receive acknowledgment of their existence.

The administration and some media outlets described the ban vaguely as a “pause” on sales in order to give medical experts time to “collect more information” and “better understand the inherent dangers of vaping both nicotine and marijuana.” But none of that data was being discussed.

Our local NPR station’s coverage quoted various officials saying that we were the first state to enact such a ban. “I don’t really care” how the crisis was addressed, one lawmaker said at the time, so long as it was addressed. She lamented that Baker didn’t give more “credit to the Legislature.”

As someone who had studied drug policy for years, I knew these types of knee-jerk bans tend to be based more on politics than actual evidence. In this case, the decision to ban all vape products only ended up putting Massachusetts residents at higher risk of serious injury or death.

For my part, I pointed out that purposely pushing people into the illicit market, where the dangerous products circulated, went against every principle of harm reduction and public health. But the decision-makers in the Baker administration seemed to be either unaware of or intentionally ignoring the growing body of evidence linking the outbreak specifically to unregulated THC vape cartridges.

When the state Secretary of Health and Human Services was asked in an interview to respond to my warning, she didn’t have much of a response. She said: “Our whole point is to bring awareness to the dangers of vaping.”

Concerned that other states might follow Massachusetts and also try to institute a ban, which is often the case with bad drug policy decisions like this, I co-wrote with Dr. Michael Sinha from Harvard Medical School an op-ed in the Philadelphia Inquirer urging states not to follow our lead.

Businesses and advocates also pushed back on the ban. Multiple lawsuits were filed by both vape sellers and by medical cannabis patients.

In response to one of these lawsuits, a Massachusetts Superior Court Judge found that the ban was “very likely invalid,” conflicted with our cannabis commission’s regulatory authority, and was made “without consideration and in disregard of facts and circumstances from the public.” The judge pointed out that the longer the ban remained in effect, the more patients would face undesirable choices, including switching to opioids, living with severe pain, or purchasing from the illicit market.

Meanwhile, the cases and death count in Massachusetts continued to rise, as did the dangers associated with the illicit market. Soon after the ban took effect, police say a man trying to sell THC vape cartridges in a suburban Whole Foods parking lot started shooting when his customers reportedly wouldn’t pay.

This is why we regulate, instead of outlawing

By the time our commission finally regained the authority to regulate marijuana products, in Nov. 2019, the CDC had confirmed that vitamin E acetate was the likely chemical culprit. We quickly put in place a temporary quarantine to ensure the contaminant wasn’t present in any state-regulated cannabis vape products.

Not a single VAPI case was traced to a regulated cannabis product in Massachusetts.

Licensed businesses we worked with were generally helpful and cooperative in the effort, which is more than I can say for the Baker administration. The Department of Public Health ignored our office’s data requests for so long that the commission chairman and I eventually showed up to a public hearing to beg them to tell us whether any of the illnesses could be traced to regulated cannabis products.

To the best of my knowledge, despite Massachusetts’s unusually high incidence of vaping-related lung injuries, not a single case has been traced to a product sold on our regulated cannabis market.

In the end, the ban ended six weeks early. But even as it was lifted, Baker remained steadfast. He said he believed the policy had accomplished its objectives and was “mystified” that no other states had followed suit.

The governor and other supporters of the ban completely abandoned the purported goal of collecting information and discovering the root cause of the illness. Instead, they narrowed their focus to certain nicotine products that played no significant role in the vaping injury outbreak.

In November 2019, Baker signed a bill into law banning the sale of all flavored tobacco products and held a press conference to laud the reform. Gone was any mention of the vape ban’s initial goals of collecting data and understanding the sources of the outbreak.

Sitting at the Department of Public Health’s briefing on the new law, I was reminded of the Iraq war, where it eventually became clear that the goal all along had been to use an unrelated tragedy to accomplish a long-held wish for a pet policy. Mission accomplished?

I’m no JUUL apologist. I’m a well-documented critic of Big Tobacco, and my think tank Parabola Center has written specific language to disqualify corporations who harm public health and lie about it from participating in the national marijuana industry. My concerns are based on evidence. When leaders disregard evidence and take advantage of emergencies for their own political purposes, they hurt more than their own credibility. They harm public health. They hurt real people.

Maybe there were good reasons to pass a ban on the sale of flavored nicotine. If so, we never heard them. Instead, evidence continues to demonstrate that our foolish ban led to bankrupt businesses, more illnesses, and unnecessary deaths.

Shaleen Title is a drug policy activist and attorney who previously served as a commissioner on the Massachusetts Cannabis Control Commission. She is currently the Distinguished Cannabis Policy Practitioner in Residence at The Ohio State University’s Drug Enforcement and Policy Center.