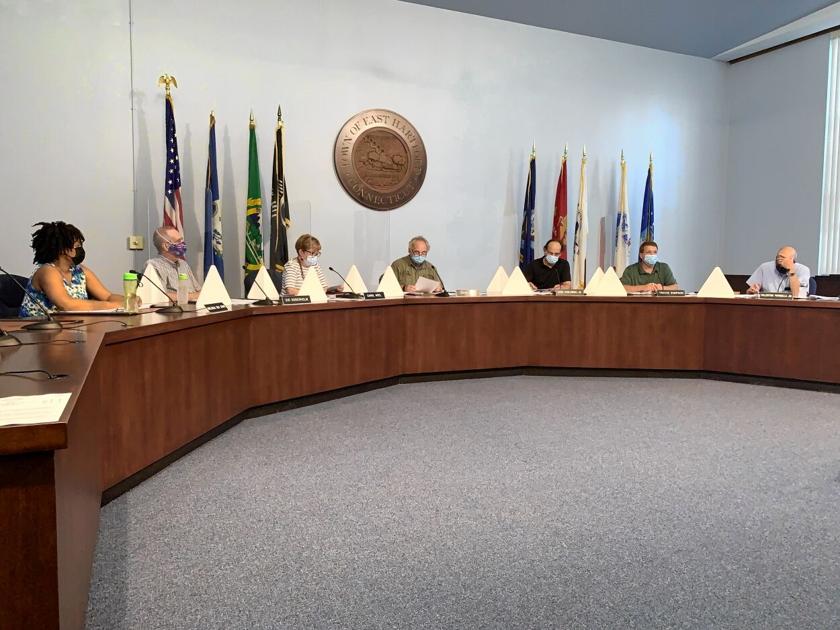 EAST HARTFORD — Members of the Planning and Zoning Commission on Wednesday discussed regulations for cannabis-related businesses.

Concerns included where dispensaries and production facilities should be allowed, what permits would be required for each, and how close retailers can be to buildings such as schools and liquor stores. Members also discussed potential complications with existing zoning regulations for medical marijuana facilities.

Town Planner Jeffrey Cormier said the basis for regulation of retail marijuana production and sale will be a modification of the town’s medical marijuana regulations, which have been in place since 2013. He said a draft will be presented at the commission’s next meeting.

“They can certainly tweak it and adjust it how they see fit with further workshops,” Cormier said.

John Ryan, chair of the commission, said even if what they have isn’t perfect, it will give the Planning and Zoning Commission something to fall back on when businesses approach them.

“By doing this, we’re basically creating some ground work to protect us,” Ryan said.

Cormier said that even though the state will begin granting licenses in October, companies are already reaching out to towns to begin the process of bringing their business in.

“We have received several calls from people who are trying to feel out the town,” Cormier said, adding that many of them were companies located in Massachusetts looking to expand into Connecticut.

Commission member Travis Simpson proposed issuing a moratorium on marijuana sales, but the commission decided it was too early for such an action.

“There’s things we have to find or prove first,” Hank Pawlowski, vice chair of the commission, said.

Simpson said the commission would also have to look at what existing and new permits may allow people to do under new legislation.

“You could potentially have people growing in their garages,” Simpson said.