Home Connecticut News From ‘Social Exclusion’ to Social Equity: How We Get There – Cannabis Business Times 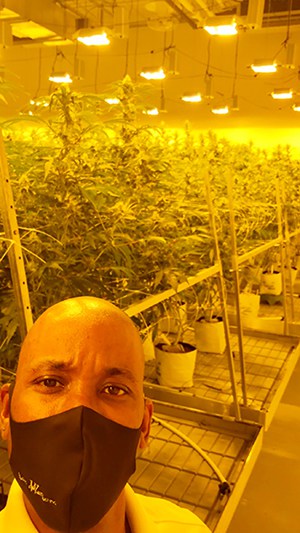 Mary Jane, weed, reefer, marijuana, cannabis; whatever you call it, it has become a big money maker for states and for entrepreneurs that decide to take a gamble and start a cannabis business.

Colorado became the first state to legalize adult-use almost a decade ago and, to date, 18 states have legalized adult-use cannabis. It is estimated that by 2030, states may generate $12 billion in cannabis tax revenue annually, according to Barclays strategists.

Legalization is bittersweet, as the war on drugs in the 70’s, 80’s and 90’s destroyed the lives of many, primarily African Americans, who sold cannabis illegally. Decades later, harsh sentencing that intentionally targeted minorities still impacts those same communities today. Legal cannabis states have attempted to create social equity programs to try to right the wrongs of the war on drugs, but unfortunately these programs are not making as big of an impact. According to the 2022 MCBA National Cannabis Equity Report, African Americans comprise less than 2% of cannabis business owners, and of the 36 states that have legalized medical or adult-use, only 15 states have social equity programs.

The War on Drugs

In 1971, President Richard Nixon declared a “war on drugs” with the specific goal to eradicate the production, sale, and use of addictive narcotics by the American public. Despite spending an estimated $47 billion annually on such policies and initiatives, five decades later, there is little proof that the prohibition on drugs and harsh enforcement of its use have provided much relief to ailing communities. In fact, many scholars have pointed out the gross inequities that exist in drug enforcement. Most notably, Michelle Alexander describes the harsh realities of the U.S. legal system and the rise of mass incarceration as a new type of “racial caste system,” more popularly referred to as The New Jim Crow.

Despite research that indicates similar rates of drug use for black and white communities, this system has traditionally targeted and disenfranchised black people, amounting to what Alexander refers to as a “hidden underworld of legalized discrimination and permanent social exclusion.”

Although hidden in race-blind policy, it is clear that the primary targets of drug prohibition have been black communities. Findings by the American Civil Liberties Union (ACLU) indicate that despite current trends to decriminalize drug use, in particular cannabis, research shows that black people are arrested for possession of marijuana at over three times the rate of white people, and these disparities continue to exist even in states where cannabis use and consumption has been legalized. Regardless of intent, more must be done to account for and address the specific harm to the black community by the state-sanctioned war on drugs.

While entering the cannabis industry is cost-prohibitive to most, it is a much larger barrier to social equity applicants due, in part, to the following:

The next major hurdle is to find a location. Twenty-three of the 36 cannabis-legal states require that you have already secured a building to operate prior to obtaining a license. As it relates to indoor cultivation, finding an existing building that fits the needs of the operator is sometimes like finding a needle in a haystack. Winston Engineering Inc. has worked with numerous operators who have purchased a building or signed a lease without doing the proper due diligence. This can directly affect the bottom line, as you may not be able to produce the quantity of product the operator had hoped for due to facility constraints.

If you’re one of the lucky few to pay the fees for the license and find a building to operate, the next hurdle is your buildout. The cost to retrofit an existing building can creep into eight figures.

Ari Hoffnung, CEO of Bridge West Consulting, has created an exhaustive financial model to assist operators with determining their buildout and energy consumption costs. For example, for a relatively small operation (10,000 square feet of canopy), equipment costs alone can reach $1.7 million or more. This does not include the cost of the building, design and construction.

“To make sound business decisions, cannabis entrepreneurs must understand their true startup and operating costs. Partnering with experienced engineers and accountants is a huge step in the right direction,” Hoffnung said.

There are multiple organizations throughout the U.S. whose main purpose is to ensure those affected by the war on drugs have a shot at succeeding in the industry.

“The primary function of BIPOCANN is to make it easier for BIPOC and justice-impacted people to pursue economic opportunities within the legal cannabis industry,” said Ernest Toney, founder of BIPOCANN. “Our diverse business network encourages collaboration, and it connects social equity applicants and operators, BIPOC-owned cannabis brands and ancillary services, media and event partners, and ally companies who support our mission.”

The Virginia Minority Cannabis Coalition is also working to empower black communities to become shareholders in the cannabis industry.

“Our cannabis business bootcamps exist to help build generational wealth through Virginia’s emerging legal cannabis industry by giving people resources and a head start,” said Virginia Minority Cannabis Coalition Executive Director Paul McLean. “We make the process of building a business accessible by applying what we know about the intricacies of cannabis and supporting people the entire way—from the seed of an idea to developing a written business plan.”

Below are a few takeaways that may help level the playing field in the cannabis industry.

Charles (Tré) Watkins is a doctoral student at the University of San Diego. His research agenda is situated at the intersection of higher education, race, and new digital technologies.