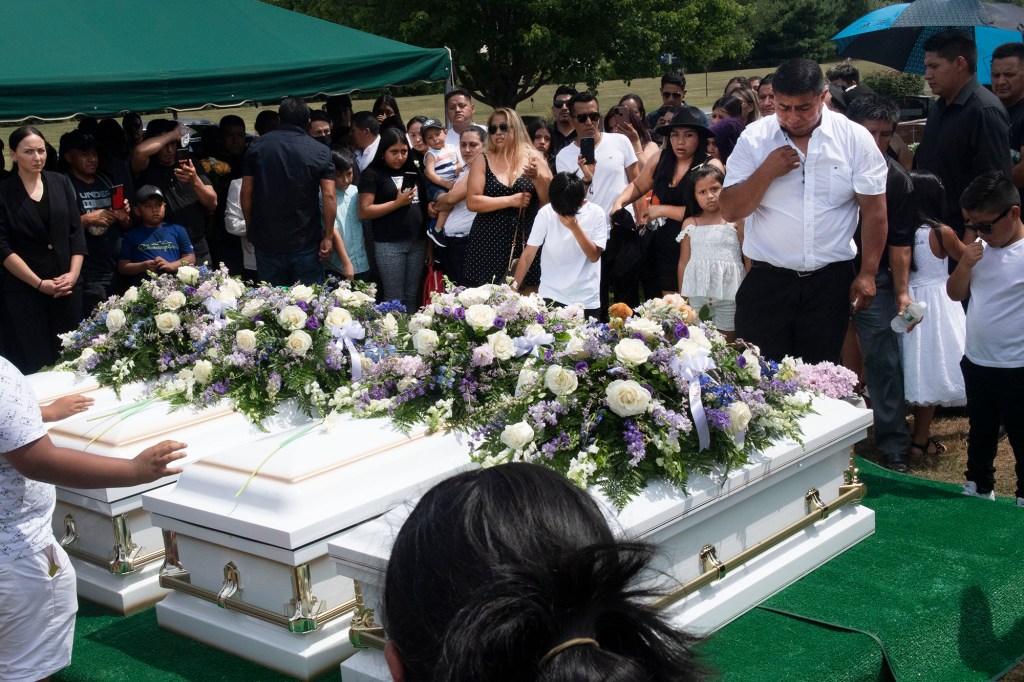 A Connecticut mother who strangled her three children before taking her own life was laid to rest Friday next to the children she murdered, as heartbreaking photos showed the father crying goodbye to his family.

Sonia Loja, 36, and her children were memorialized at St. Peter’s Church in Danbury in matching white caskets and buried at St. Peter’s Cemetery in a service attended by about 100 mourners. The media were not allowed in the church.

Devastated father Pedro Panjon followed the coffins out of the church after the funeral as two men held his arms to steady him. Panjon broke down in tears as his wife and children were taken to their final resting places. 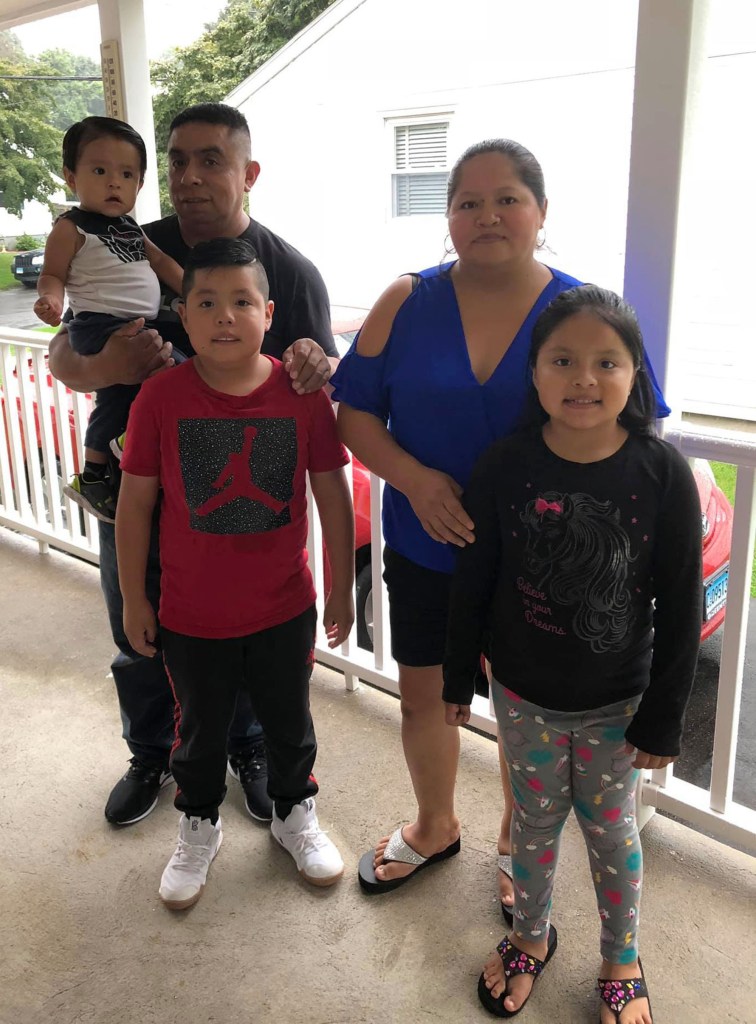 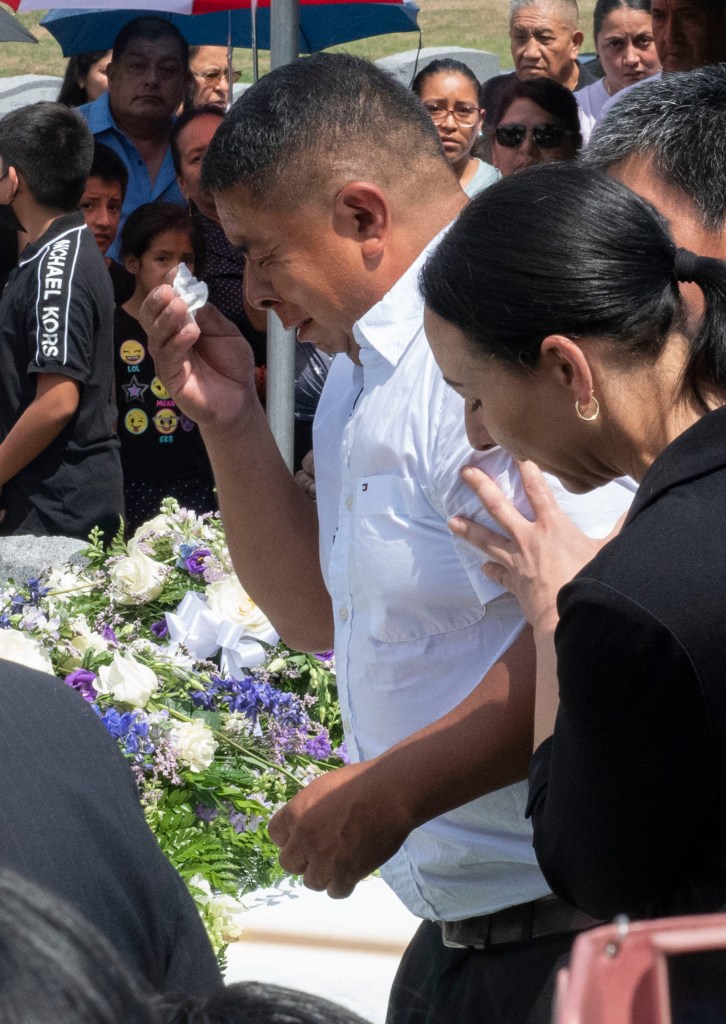 Panjon reportedly found the bodies of her children at home when she returned from work last week.

He realized something was wrong when none of the kids greeted him at the door as usual. He then saw a note in his wife’s kitchen that said, “I’m taking my kids,” family members told The Post. He ran to the children’s rooms and found them strangled with cords, possibly electrical wires, Panjon’s cousin said.

Loja had become upset after the state of Connecticut shut down the illegal daycare operation that ran out of the family home, relatives said. She strangled her three children at home and then hanged herself in a shed in her backyard, according to police. 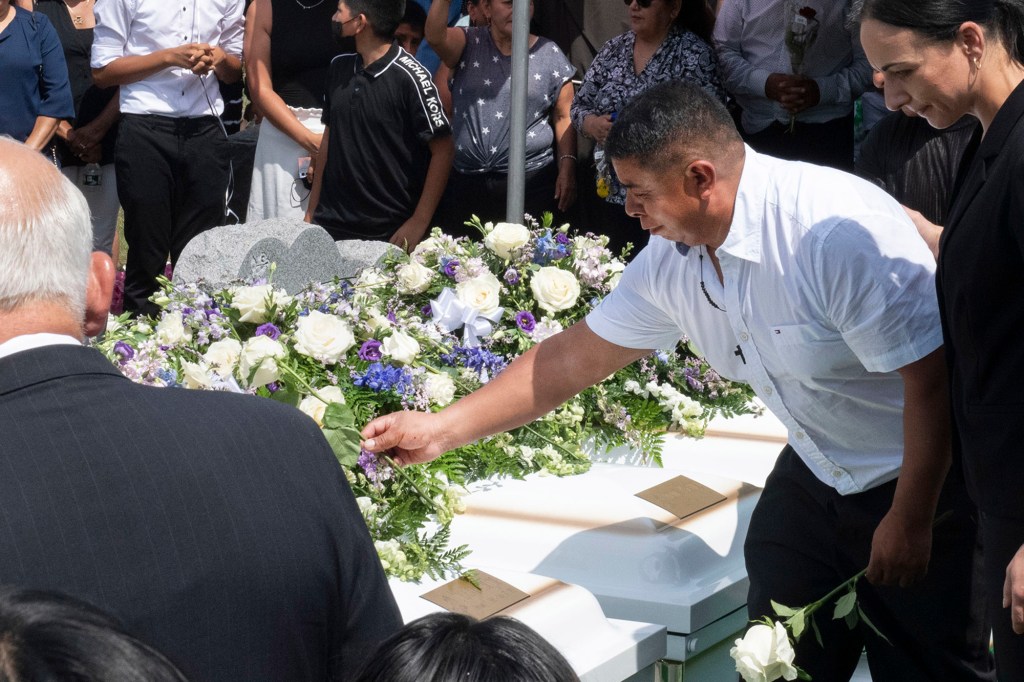 Father Pedro Panjon puts flowers in the caskets of his wife and children. Douglas Healey 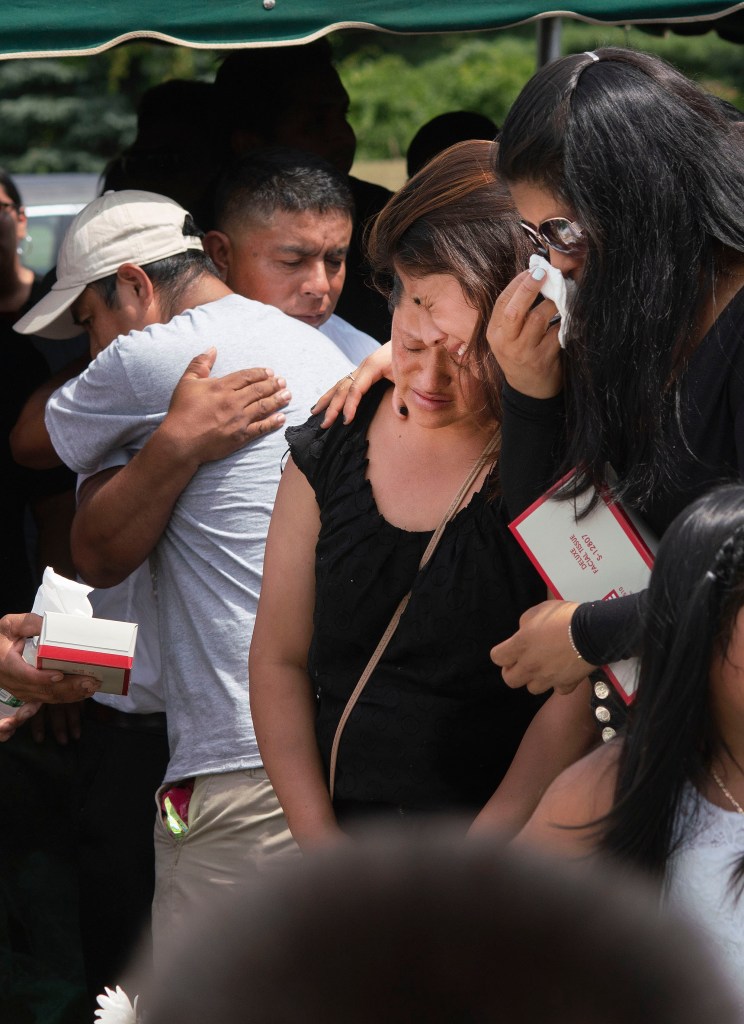 The three children were strangled before the mother took her own life. Douglas Healey 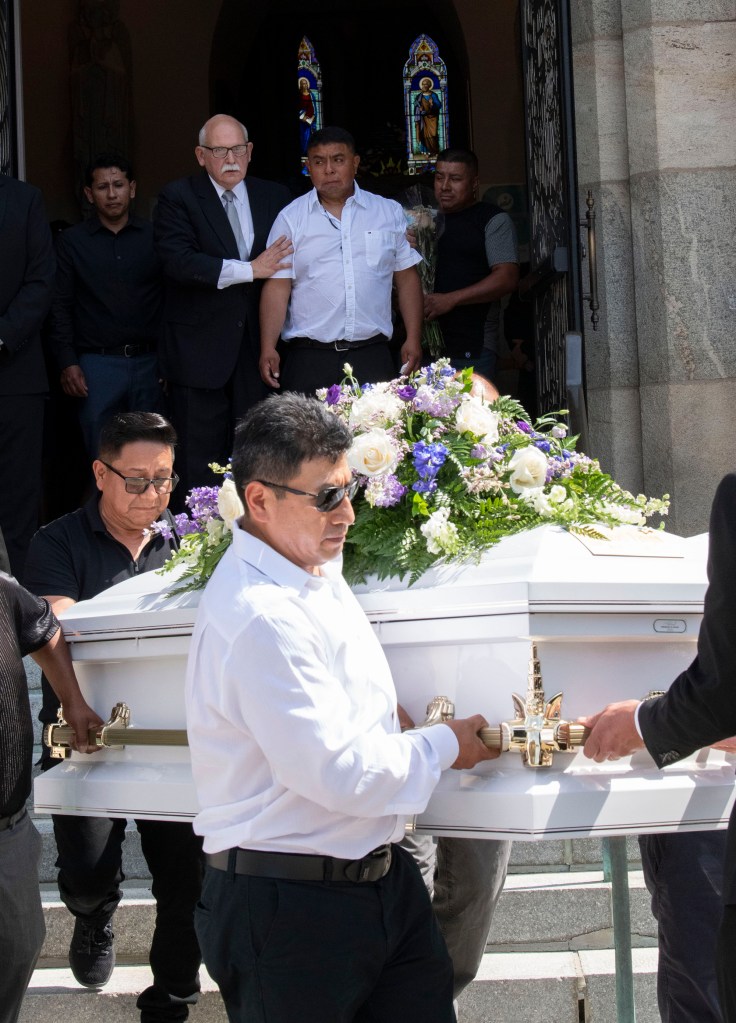 Pedro Panjon looks at how his family’s chests are taken. Douglas Healey