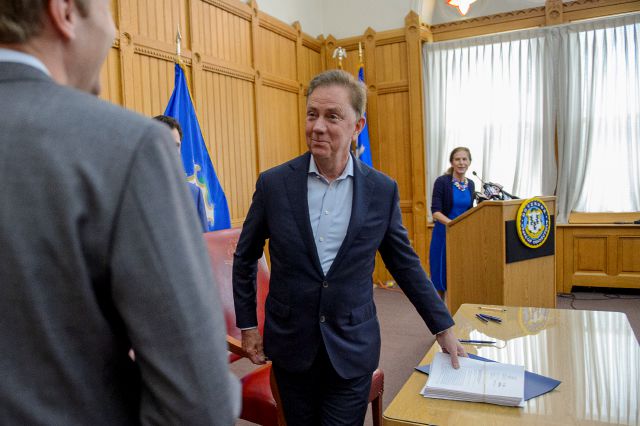 NEW BRITAIN (AP) — Connecticut Gov. Ned Lamont made it clear Tuesday he plans to seek a second term, a day after the Democrat said he had filed the necessary paperwork to begin the process of a possible reelection bid.

“I love the job. I think we’re making a difference and I just didn’t want to get tied down in the politics of it for the next six months so I kept it a little ambiguous. But I guess there should be no ambiguity,” he told reporters when pressed to clarify his political plans. “I’m ready to go.”

Appearing Tuesday at an event in New Britain about minority teachers, Lamont, 67, said he believes the state has made “extraordinary progress” over the last three years in terms of the state’s economy and budget as well as combatting COVID-19.

Lamont, a wealthy former businessman from Greenwich, said he wants to build upon the state’s successes, especially at a time when Connecticut is poised to receive large sums of infrastructure funding from the federal government.

“I think you want somebody with a strong executive background who knows how to put that money to work in the most productive way possible,” he said.

Lamont’s former Republican opponent in 2018, Madison businessman Bob Stefanowski, and former House Minority Leader Themis Klarides of Derby, are among his possible GOP rivals in 2022. Both have said the large number of Republican wins in the recent municipal elections could be mean opportunity for the GOP next year.