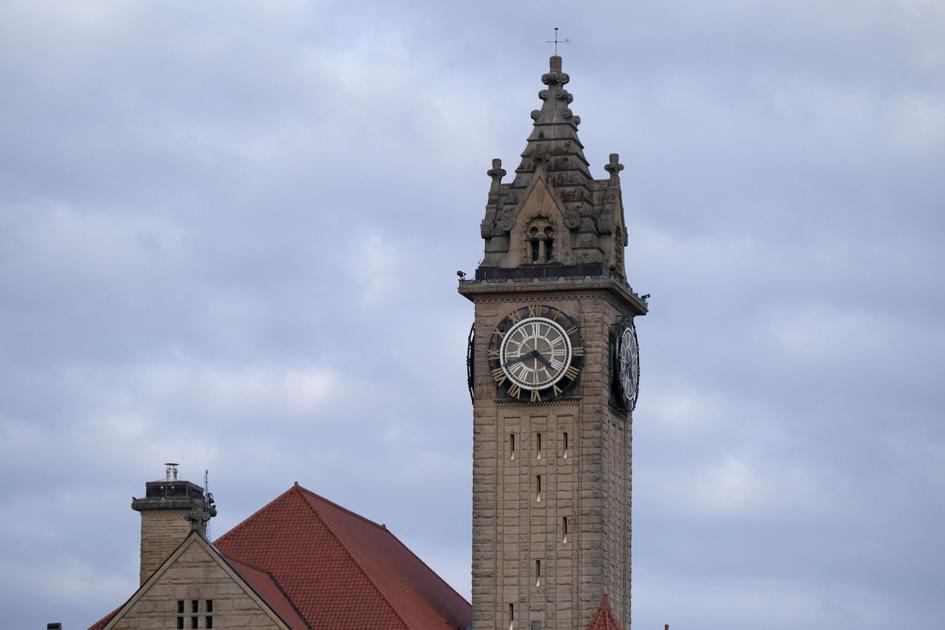 A Wood County man has been indicted for growing marijuana and a Connecticut man has been accused of pulling a knife on patrons at a Levis Commons restaurant.

A Wood County grand jury indicted Brett L. Moon, 49, Haskins, on Nov. 3 for illegal manufacture of drugs or cultivation of marijuana and possession of marijuana, both third-degree felonies.

According to court documents, on or about Sept. 1, 2020, Moon knowingly cultivated marijuana in an amount more than 5,000 grams and was also found in possession of that amount.

On Sept. 17, police were dispatched to Levis Commons in Perrysburg where three separate physical altercations had occurred. Plyuta had allegedly pulled a 4-inch knife on a Bar Louis patron and grabbed his hair and tried to slam his head on the table. He then allegedly was involved in two separate altercations with two other men, ripping their clothes and striking one in the face.

Plyuta allegedly ran and was located at a nearby hotel.

The grand jury presented to the court 19 bills of indictment for the following individuals:

Eugene James Minix II, 31, Columbus, for robbery, a second-degree felony. On Aug. 12, he either allegedly committed a theft at a county hotel or, in fleeing, attempted or threatened to inflict physical harm to a female. A warrant has been issued for his arrest.

John Patrick Reza, 36, Bowling Green, for burglary, a second-degree felony, and violating a protection order, a first-degree misdemeanor. On Oct. 15, he is accused of entering an occupied structure in the 600 block of Pasteur Avenue and was within 500 feet of the victims listed on the protection order.

Jacob Scott Guilford, 25, Perrysburg, for assault, a fourth-degree felony. On Sept. 10, Guilford reportedly went to the 900 block of East Broadway Street in North Baltimore with the intent to cause harm to the occupant after making threats on social media to his ex-girlfriend who was the current girlfriend of the occupant. During an altercation, Guilford allegedly kneed a village police officer in the temple and pulled out his hair. He allegedly kicked a second officer in the forehead.

Tori Shane Kelley, 25, Barberton, for possessing criminal tools and possession of a fentanyl-related compound, both fifth-degree felonies. On April 24, she allegedly was found in possession of fentanyl and digital scales.

Brown was indicted for receiving stolen property, a fourth-degree felony, and aggravated possession of drugs, a fifth-degree felony. On April 23, she allegedly received or disposed of a Dodge Durango while knowing or having reasonable cause to believe it has been stolen and allegedly was found in possession of methamphetamine.

Hinojosa was indicted for tampering with evidence, a third-degree felony, and aggravated possession of drugs, a fifth-degree felony. On April 23, he allegedly was found in possession of methamphetamine and destroyed or concealed evidence of the offense.

Hitchcock was indicted for burglary, a second-degree felony; two counts breaking and entering, both fifth-degree felonies; grand theft and grand theft of a motor vehicle, both fourth-degree felonies; and receiving stolen property, also a fourth-degree felony. From Feb. 21 to March 1, he reportedly trespassed into an unoccupied structure and took a Rigol Spectrum Analyzer and Fugikura Splicer without consent. The items were valued at more than $7,500. On March 5, he allegedly entered an occupied structure with the purpose of theft and took a Nissan Altima without consent. On March 13, he is accused of receiving or disposing of Chrysler 200 while knowing or having reasonable cause to believe the vehicle had been stolen. From March 1 to April 19, he also is accused on entering another unoccupied structure with the purpose to commit theft. A warrant has been issued for his arrest.

Riley was indicted for breaking and entering, a fifth-degree felony, and grand theft and receiving stolen property, both fourth-degree felonies. She is accused of entering the same structure as Hitchcock from Feb. 21 to March 1 and took part in removing the analyzer and splicer. She also is accused of receiving or disposing of a Chrysler 200 while knowing or having reasonable cause to believe the vehicle had been stolen. A warrant has been issued for her arrest.

James T. Jenkins, 58, Toledo, for theft and possessing criminal tools, both fifth-degree felonies, and falsification, a first-degree misdemeanor. On Oct. 12, 2018, he is accused of taking a Toro commercial walk behind mower without consent and used a 2003 Chevy Silverado to do so. He also is accused of making a false statement to mislead police. A warrant was issued for his arrest.

April Corenea Love, 28, Toledo, for two separate indictments, one for failure to comply with an order or signal of a police officer, a third-degree felony, and one for robbery, a second-degree felony. On Sept. 28, she failed to stop for officers on Fremont Pike and allegedly drove recklessly through congested parking lots and failing to stop before entering a busy state route. This occurred after she allegedly was confronted in a Fremont Pike business about cutting the security tags off merchandise and the items. She allegedly took a plastic shopping basket and threw it at the employee, hitting her in the head, before fleeing the store. The merchandise was valued at $445.

Shawn Timothy Thornton, 35, Toledo, for receiving stolen property, a fourth-degree felony. On Aug. 15 in Northwood, he is accused of having in his possession a stolen Sig Sauer handgun, which was property of the State of Ohio, while knowing or having reasonable cause to believe the property had been obtained through a theft.

Pamela Rochelle Johns, 30, Toledo, for two counts operating a vehicle under the influence of alcohol, a drug of abuse or a combination of them, both fourth-degree felonies. On Roachton Road in Perrysburg on Aug. 15, she was pulled over and had a blood alcohol content of 0.17 and had previously been convicted of three OVI offenses since 2015, all in Lucas County

Terrence Eugene Mason, 50, Toledo, for burglary, a second-degree felony; petty theft, a first-degree misdemeanor; and tampering with evidence, a third-degree felony. On July 8 on Triumph Lane in Perrysburg, he is accused of entering a home by forcing open the front door to commit a theft while the occupant slept in her bedroom. She told police she went to investigate a loud crash and found her ex-boyfriend in the home. She said Mason proceeded into the kitchen and took a bottle of Hennessey, a six-pack of Smirnoff and a Kangaroo security camera from her front door.

Kalop Anthony Kiuan Jones Dixon, 26, Toledo, for improperly handling firearms in a motor vehicle, a fourth-degree felony; and possession of marijuana, a minor misdemeanor. On Oct. 3, an officer followed Dixon into a parking lot off Fremont Pike in Perrysburg. Dixon allegedly wouldn’t make eye contact and his body was uncontrollably shaking. When asked why he was so nervous, he said he had raw marijuana in his vehicle. During a search of the vehicle, Dixon unlocked a lockbox located behind his seat that had in it a loaded Canik 9 mm semi-automatic handgun.

Joshua Allen Albaugh, 34, Columbus, for possession of marijuana, a fifth-degree felony. On March 30, he was found in possession of what was alleged to be more than 200 grams of marijuana. A warrant has been issued for his arrest.