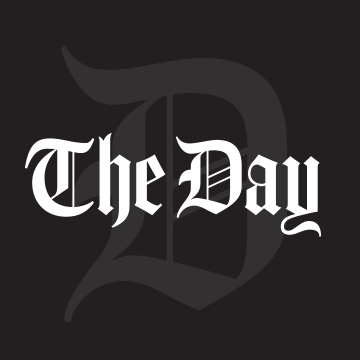 As human resources counsel at the Connecticut Business & Industry Association, attorney Diane Mokriski has heard plenty of questions and concerns about Connecticut’s new recreational cannabis law, but she thinks it doesn’t impact employers much.

“There’s so many built-in protections for employers,” she said. “Any limitation on employer conduct is very minor, in my opinion. That’s the main idea that I’m trying to tell business owners, is kind of, if you’re concerned, you really need not be.”

The law allows employers to implement a policy prohibiting cannabis use outside of the workplace, as long as the policy is in writing and provided to employees.

Mokriski said she doesn’t know how employers would enforce that, considering state law prohibits — with exceptions, such as if federal contracts are involved — employers from doing random drug testing. Pre-employment drug testing is permitted, as is drug testing with reasonable suspicion that a worker is using cannabis on the job.

But she said the new law “has caused a lot of businesses to say, ‘OK, well we definitely need a policy if we didn’t have one before.'” Others may modify their policies to specifically add marijuana, since it no longer falls under the category of “illegal drugs.”

She said the new law has “some very limited restrictions on employer conduct” that go into effect July 1, 2022. One provision states that a policy prohibiting possession or use of cannabis must be in writing and made available to each employee, and another says a drug test that is positive only for THC can’t be the sole basis for penalizing a prospective or existing employee, though there are exceptions to this.

But many employers and positions are exempt from these provisions.

But Mokriski noted in other industries, the difficulty of finding workers may give some employers pause about pre-employment drug testing.

“If there’s going to be certain things that are just going to weed out — how about that for a pun? — weed out a whole bunch of people just off the bat, then the employer has to think about that: How important is that to us, that somebody smoked weed over the weekend?” she said.

Employment attorney Mickey Busca, of the Waterford-based Busca Law Firm, said he doesn’t “see big changes coming down the employment highway.” He doesn’t foresee a lot of employers starting a policy of prohibiting cannabis use outside the workplace.

He added that nothing in the law changes the ability of employers who have federal contracts or receive federal funding, especially in safety-sensitive positions, to conduct random drug testing.

‘Nothing is changing’ for many employers

Asked about their drug policies, several local employers voiced a similar theme: Not much is changing.

Dale Merrill, senior vice president of human resources and administration at Foxwoods Resorts Casino, said in an emailed statement that as cannabis-related laws have been enacted over the last several years, the casino has addressed its policies.

“We will continue to do so in a manner that attunes to the needs of both our team members and guests,” Merrill said. “Since we have kept up with the evolution of cannabis law, we did not need to make any large-scale policy changes on July 1.”

Mohegan Sun President Jeff Hamilton said in an email that Mohegan Sun won’t be changing employee policies as they relate to cannabis.

“Team members are not permitted to possess or use cannabis while working, and consumption is also not permitted before a work shift,” he said. “As it relates to guests, at this time Mohegan Sun will also keep current policies in place which do not allow for cannabis consumption on property.”

Hamilton added that Mohegan Sun only has a drug test policy for workers in the transportation department who have a commercial driver’s license.

At Mystic Seaport Museum, spokesperson Dan McFadden said employees who run boats require a Coast Guard license, and they will continue to be drug tested per Coast Guard regulations. Beyond that, “People are expected to show up to work sober and able to do their job and that continues,” he said, adding that what employees do outside of work is their business, provided it’s legal.

Noting that Mystic Aquarium is a national educational institution that receives federal funding, spokesperson Daniel Pesquera said the possession or use of marijuana “is strictly prohibited by anyone on our property at anytime.” He said the aquarium doesn’t conduct random drug testing.

Lawrence + Memorial Hospital spokesperson Fiona Phelan said the hospital and parent company Yale New Haven Health are committed to a drug- and alcohol-free workplace, and “the legalization of recreational marijuana in Connecticut has no impact on that policy.”

For Millstone Nuclear Power Station, spokesperson Ken Holt said “nothing is changing” and there aren’t any concerns about hiring. “We are a federally licensed facility, so we have to abide by federal law, and our company policy hasn’t changed in regards to recreational marijuana,” he said.

Electric Boat, which opposed the recreational marijuana legislation “because of its impact on workplace safety and development objectives,” said the drafters recognized these concerns and the new law doesn’t impact the workplace.

The company sent an email to workers in late June with the subject, “CT Legalizes Recreational Marijuana: What EB Employees Need to Know.”

Electric Boat noted that it can deny employment to people who test positive for marijuana in pre-job drug screening and take disciplinary action against people found to be under the influence of marijuana at work, and that it is against company policy to carry or use marijuana on the property.