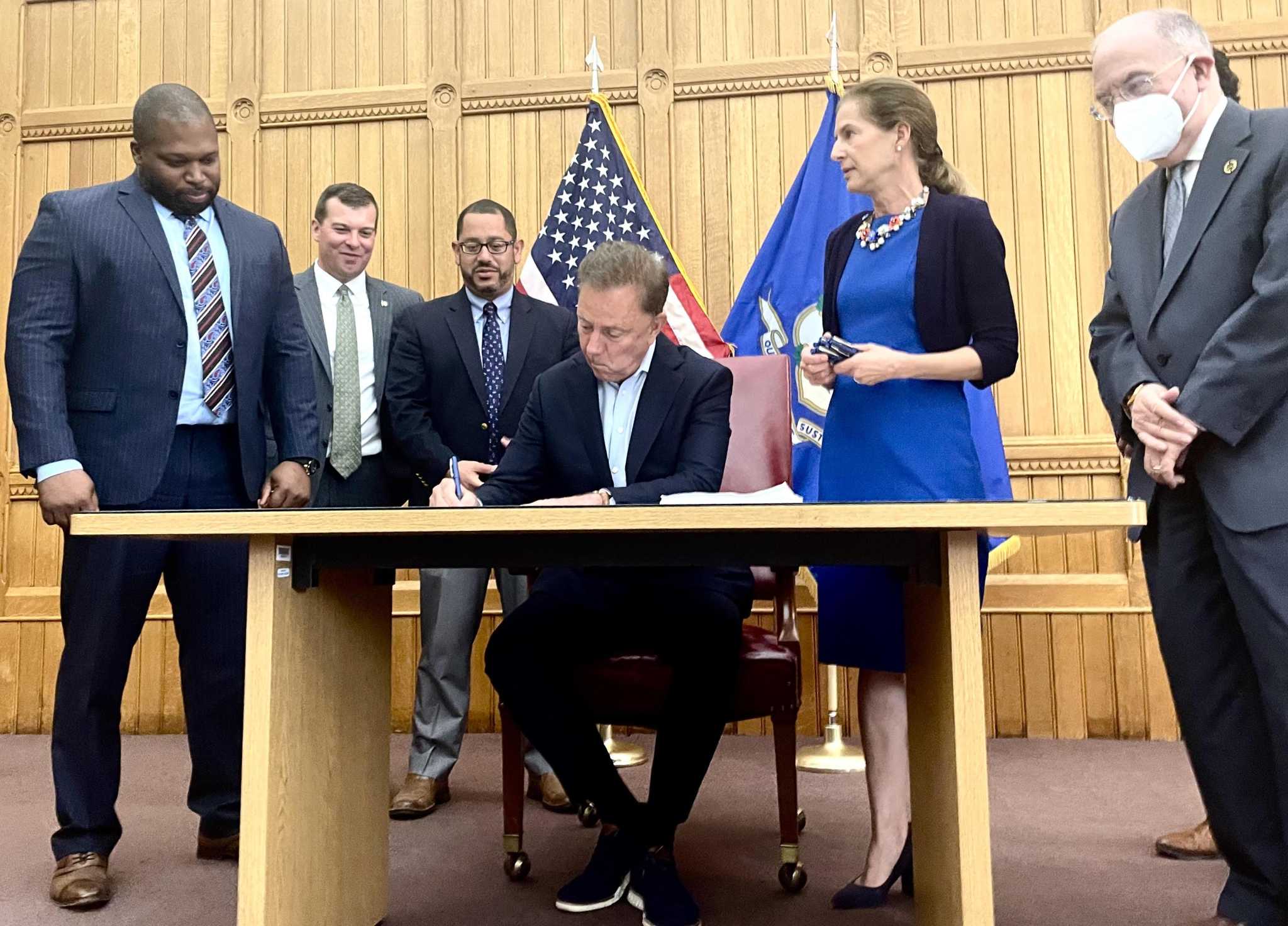 As Connecticut prepares to license recreational cannabis dispensaries, the state is implementing measures to ensure there’s sufficient supply for patients, including requiring existing facilities to preserve their medicinal marijuana services.

Medical dispensaries that want to branch out to recreational, or “adult-use,” marijuana sales will have to submit a “medical preservation plan” to the state Department of Consumer Protection, Commissioner Michelle Seagull told the Medical Marijuana Program Board of Physicians during a Friday meeting.

“There really is a focus on preserving the medical program,” Seagull said.

Gov. Ned Lamont signed Connecticut’s adult-use marijuana bill into law June 22. The bill allows the sale and use of cannabis for people over 21 years old. Dispensaries aren’t slated to open until next year, and towns can ban sales.

Medical use has been legal in Connecticut since 2012. Registered medical marijuana patients have “plateaued” at about 54,000 in Connecticut, Seagull said.

“I’m not sure if it’s a function of adult use getting approved or if it’s just naturally plateaued,” she said.

The department will monitor the supply and demand of marijuana products and limit the amount people can purchase per transaction, Seagull said. Some products such as pills or inhalers will also only be available to people with a medical prescription.

Those with medical prescriptions are also eligible to purchase for recreational use. They can buy 3 ounces total per month, up from 2.5 ounces, the department announced Friday.

“Making medication accessible to qualifying patients is a top priority and increasing the allotment is an important recognition that there are some patients who may benefit from more than 2.5 ounces a month,” Seagull said in the news release.

“While cannabis growers in our state prepare for the anticipated increase in demand in the adult-use cannabis market, it’s vital that they are also able to continue to supply patients in the medical marijuana market,” she added.

Board members echoed concerns that medical card holders wouldn’t get the same level of attention for their needs with recreational use legalized.

“I worry about long lines around the block and patients not being able to get served,” board member Dr. Andrew Salner said.

“I’m concerned about the medical marijuana program,” board member Dr. Linda Barry said. “What happens to it in the context of legalization? Is it going to end up being irrelevant?”

Dispensaries that sell both recreational and medical products will need a pharmacist on duty the whole time they’re open; reduced hours for patients won’t be allowed, Seagull said.

A new process, established after a board recommendation, also allows a more streamlined process for adding to the list of qualifying conditions, Seagull said.

During Friday’s meeting, board members also added movement disorders related to adult Huntington’s disease to the list of qualifying conditions for medical marijuana use. Huntington’s disease is a rare genetic disease that causes the breakdown of nerves in the brain. It causes movement, psychiatric and thinking disorders.

Connecticut resident Susan McGann and her husband petitioned the board for the addition because he has Huntington’s disease, she said during the virtual meeting.

“It would help my husband with motivation and the mood … it isn’t just psychiatric, it’s the movements, and it’s [available] in the other states,” petitioner Susan McGann said.

Citing a lack of research, among other concerns, board members voted down a petition to add anorexia nervosa to the list of qualifying conditions.