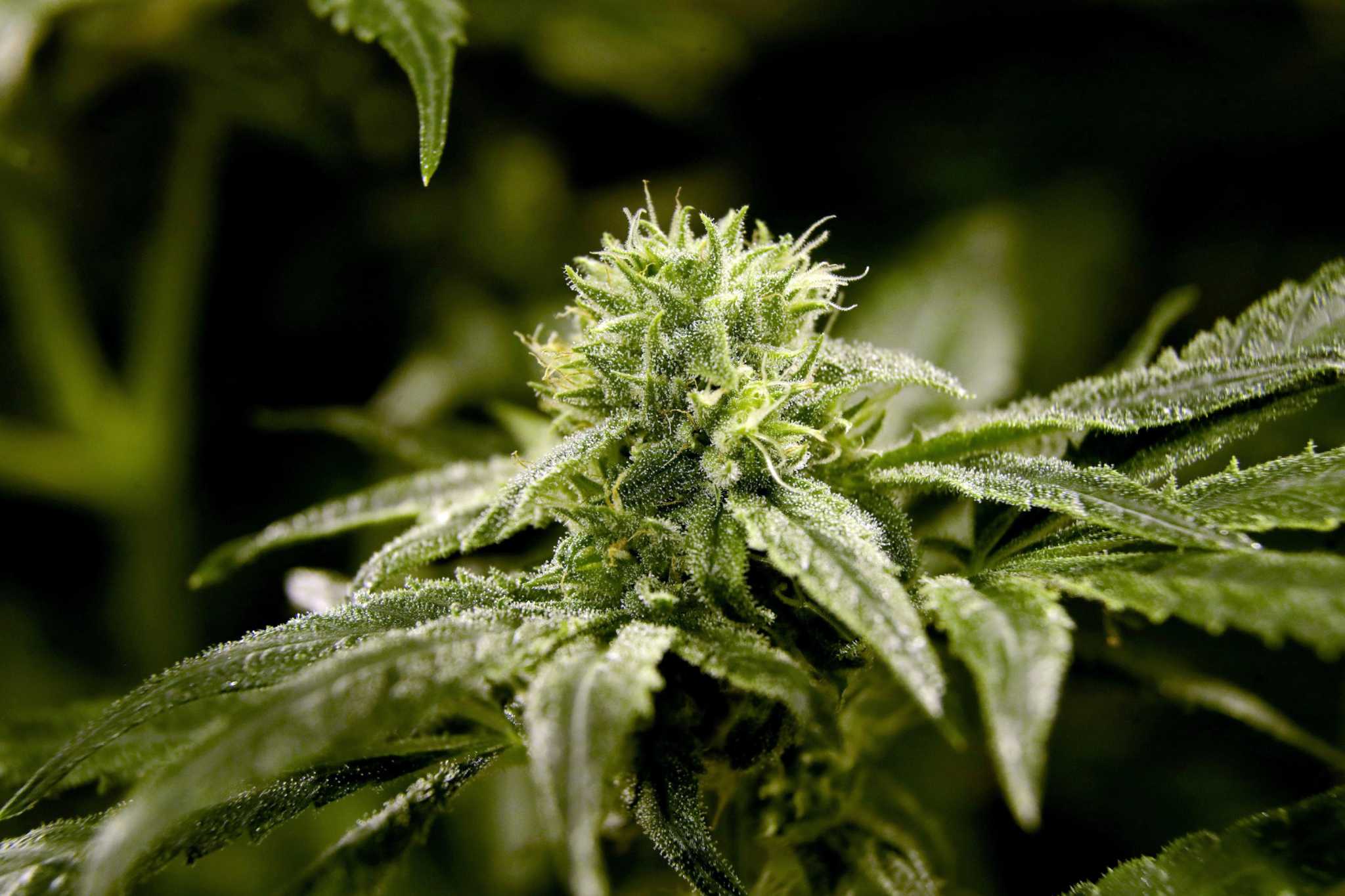 Four years ago, Luis Vega was arrested with marijuana.

“They pulled 28 full plants out of my little makeshift grow in my basement,” he said.

Vega said those marijuana plants were for his own personal, medical use. Vega, originally from the Bronx, N.Y., but is now a New Haven resident, suffers from Crohn’s disease, he said.

“I was operated on, I had lost my large intestine when I was 13 years old, I had an ostomy bag,” he said, though he also admits that growing marijuana, even for personal, medical use was illegal.

Vega is one of many Connecticut residents who will see low-level marijuana convictions disappear from their records, from the passage of both the clean-slate bill and the legalization of recreational cannabis.

“When they grabbed me, all they were able to do was pull the same amount that would be legal if it was dried,” he said. “There was no cash. There was no packaging. I just grew good cannabis for myself.”

Despite a master’s degree, Vega found it difficult to bounce back. “You can’t get a job with a criminal record. You got to start a business. Do what you know,” he said.

Vega now has 10,000 marijuana plants — and its legal. Vega owns and operates Wepa! Farms, which grows and processes marijuana for CBD products. He said he’s subject to more scrutiny due to his conviction.

“I’m dotting my i’s crossing my t’s,” he said, making sure he doesn’t “slip up, do something wrong, because everything I do is 100 percent under the scrutiny of so much more than anybody else in the program, because I have a history.”

“If I’d had an expunged record, or if I had not been arrested, or if I hadn’t been convicted or if I opted to take a plea deal, that wouldn’t have been on my record, and I wouldn’t be going through the scrutiny that I do go through,” he said.

Connecticut’s move toward legalization began a decade ago, when the state decriminalized possession of small amounts of marijuana. Years later, the state legalized marijuana for medical purposes, but there were still arrests being made.

State Rep. Steve Stafstrom, D-Bridgeport, a lawyer and one of the primary legislative drivers of the bill to legalize recreational marijuana, said there are “not many people in prison on a pure possession charge.”

Possession of small amounts of marijuana might result in a ticket or a fine, but larger amounts or growing your own, could land you in prison.

“There are lots of different elements of cannabis use and possession that were not decriminalized,” said Jason Ortiz, executive director of Students for Sensible Drug Policy and the immediate past president of the Minority Cannabis Business Association. “When we talk about legalization, we’re legalizing sales and cultivation. And when we think about what decriminalization did, it was a small part of cannabis that got decriminalized.”

In fact, between 2011 — when the state decriminalized possession of small amounts of marijuana — and 2018, there were 27,977 convictions for possession of less than a half ounce of marijuana, according to the most recent state Judicial Branch data provided by the Office of Legislative Research.

The clean slate bill will wipe many of those convictions away, even for people who have been charged with marijuana possession because they were caught while on parole.

“Under this bill, you could see an erasure of that charge, which led to the violation of probation or parole,” Stafstrom said, though repeat drug offenders will not see their convictions expunged.

“Where you’re going to see people benefit the most from this, maybe you did plead to a possession of cannabis charge 15 years ago,” he said. “You may not have served jail time, but that conviction is still on your record.”

Not all convictions will be wiped away at once. Convictions prior to 2000 have not been entered into an electronic database. Those will require a petition process, which Stafrstom said is “a function of how the system is set up.”

Those low-level convictions from decades ago can make finding a job or a home difficult, Vega said. He had an $80,000-a-year job, but lost it when he was convicted and sentenced to a year in prison.

Vega is now applying to be one of Connecticut’s first recreational marijuana growers, a business investment he said nears $10 million that would not be possible with a cannabis conviction on his record.

“I don’t necessarily have to have that follow me as I go into a $10 million endeavor,” he said. “It’s a lot different from having this scarlet letter, one might say, on your record for a small-scale cannabis offense.”

Ortiz, like Vega, is now a cannabis-related business owner and advocate. Vega was also charged with a cannabis offense, though his was when he was 16 years old.

Walking to high school at Norwich Free Academy, Ortiz and two friends were caught smoking a joint. He had two more joints on him. He was handcuffed and charged with, among other crimes, intent to sell to a minor.

“I was a junior in high school. It was November, my 16th birthday was that September. So I had been 16, like a month-and-a-half,” he said.

Security detained the trio as soon as they arrived at school. The police were called and Ortiz and his friends were handcuffed, which is when he first realized the penalties might be serious.

“I didn’t really know any of the legal things that they were saying at the time. It wasn’t until after we had to get a lawyer and there were two tracks I had to handle,” he said. “One was the school system’s penalties, and one was the criminal justice system. For the school side, we had a hearing, I was immediately expelled or I couldn’t go back to school at all, like, immediately, ‘you’re not going to school.’”

Vega served a year in prison after being convicted, but Ortiz never did time. “We spent tens of thousands of dollars on lawyers to avoid me going to prison,” Ortiz said.

Both Vega and Ortiz are Latino, and data shows that people of color are disproportionately charged with low-level marijuana offenses in Connecticut.

Similarly, Black people make up 52 percent of all convictions for possession of less than a half ounce of marijuana in Bridgeport, but comprise 32 percent of the city.

In Stamford, Black people accounted for 36 percent of all convictions for possession of less than a half ounce of marijuana, but make up 13 percent of the city.

“Immediately, I was pulled out of school. It jeopardized me being able to graduate high school, I actually just barely graduated high school after an extra summer class because of it,” he said. “Immediately, I was forced out of society. It wasn’t even like I withdrew. And so putting young people in that space, where they feel alone, is exactly how we end up with folks that end up turning to crime and then turn to other things in order to heal.”

Ortiz said he considered himself lucky to have such a supportive family, his experience turning him toward activism.

“I got suspended for the rest of the school year, but I had internet at that time, and so I was able to look up all kinds of things,” he said. “That’s where I found out about drug policy, the war on drugs, and my favorite term, selective enforcement. When I learned about that term, it radically changed how I looked at law.”

That, Stafstrom said, was the ultimate point of passing both the clean slate bill and recreational legalization.