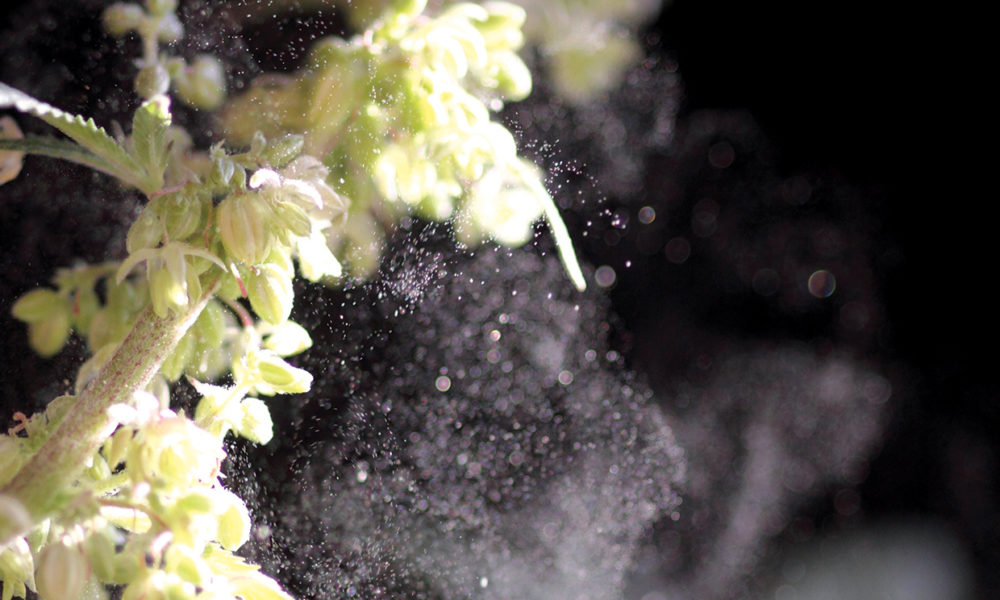 Cannabis cultivators the world over know the obsessive, purgatorial feeling of waiting for their plants to mature to discern sex – female, male or hermaphrodite. A male plant, while essential for reproduction, can also run rampant across a garden and devastate an entire crop of flowering female plants — intended for consumption — by inadvertently pollinating them and causing hermaphroditism. If culled and managed correctly, the male becomes a key part of this sustainable, perpetuating reproduction process.

There’s no way to ascertain if a seedling is male or female with the naked eye. Growers often find themselves on the edge of their seats waiting for plants to mature while telltale signs of sex slowly reveal themselves.

As they mature, plants express themselves physically in characteristic ways. Size is a great indicator of sex. Males tend to grow faster and higher in the first stage of growth than do the females. Male plants have a longer intermodal space as well. The intermodal space is the space between the limbs of the plant that originate from the main stalk. Females are smaller than a male plant in the beginning growth stages, with shorter intermodal spaces and a squatter appearance.

The goal is usually to raise a crop without seeds. This is known as a sin similla plant. It’s a Spanish word that aptly translates as “without seeds.” Most people bunch the two words into one, making it sinsimilla to the foreign tongue. A sinsimilla plant, then, is an unpollinated female plant.

Flowering in both sexes usually starts within the third to fourth week of growth. There can be more recent signs that a plant is male, but the clincher is when they start to flower. The first buds will usually begin where the limb reaches the main stalk.

A male plant will have a purely green bud. The flower comes later. It looks like it’s a rolled up flower that hasn’t unrolled yet. A female plant will have a sprout that looks more like a pair of long thin flowers as it sprouts. The sprouts on the males will eventually open into a pollinating flower. If the male isn’t culled it will pollinate the females and cause seeds to appear. The female plant will be less potent and will harvest less bud. Plus you’ll have to pick out all of the seeds or the pipe will periodically explode as it burns a seed.

For situations when seeds are the desired result, there is always a male in the crop. To have the females produce copious amounts of seeds, just leave the male crop where it is and with the help of a good strong fan to circulate the male’s pollen, you’ll have bunches of seeds hanging from the females in eight to 10 weeks.

Know a mature seed by its texture and appearance. Its texture will be firm and light, usually with spots of some amount. Once all of the seeds look alike it is time to harvest the seeds.