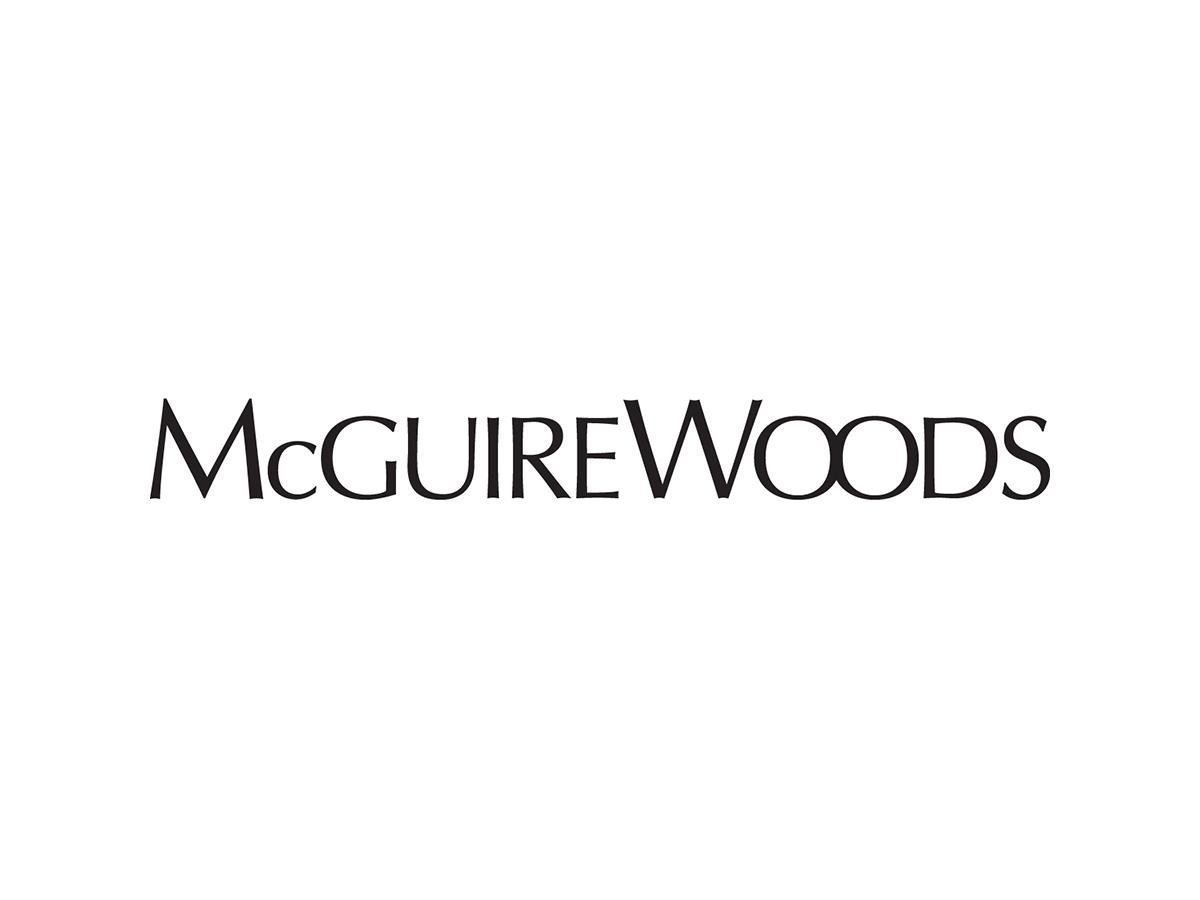 In The Weeds welcomes the new year, as well as a number of new cannabis laws and policies taking effect around the country in 2022. Below is a list of state law updates to look forward to this year.

Kansas Attorney General Calls Delta-8 THC a Schedule I Controlled Substance. On Dec. 2, 2021, the Kansas Office of the Attorney General released Attorney General Opinion No. 2021-4, warning that the state categorizes many varieties of delta-8 THC as illegal substances under recent amendments to Kansas law. The opinion noted, “Delta-8 tetrahydrocannabinol (delta-8 THC) comes within the definition of a Schedule I controlled substance and is unlawful to possess or sell in Kansas unless it is made from industrial hemp and is contained in a lawful hemp product having no more than 0.3% total tetrahydrocannabinols (THC).”

This opinion follows a September 2021 guidance letter (see Nov. 16 In the Weeds article) from the U.S. Department of Justice Drug Enforcement Administration (DEA) suggesting that cannabinoids synthetically produced from non-cannabis materials, including delta-8 THC, are controlled under the federal Controlled Substances Act as a “tetrahydrocannabinol.” The letter similarly noted that cannabinols extracted from tetrahydrocannabinols in hemp with a delta-9 THC concentration of not more than 0.3 percent on a dry weight basis are not controlled under the federal Controlled Substances Act. This DEA guidance and the Kansas opinion both suggest legality for some hemp-derived delta-8 products under the 0.3 percent THC concentration limit but appear to be aligned in considering synthetically produced delta-8 a Schedule I controlled substance.

On Dec. 29, 2021, following the issuance of the Attorney General’s opinion, Ellis County Attorney Robert Anderson circulated a letter to area businesses warning that continuing to sell delta-8 products would result in criminal penalties. The letter noted that “Ellis County law enforcement officers now have clear direction from higher authorities … who have determined that these [delta-8 products over 0.3 percent concentration] are illegal. As such, law enforcement officers in Ellis County have a legal obligation to seize these products as illegal contraband and have authority to arrest those in possession, or those who are distributing and/or selling these products.”

Maine recently agreed to eliminate the residency requirement for adult-use recreational cannabis dispensaries, resolving another lawsuit raising the same interstate commerce question, but is holding fast to the residency requirement for medical marijuana dispensaries with this appeal. The Maine Attorney General’s Office advised Office of Marijuana Policy Director Erik Gunderson that Maine was unlikely to defeat the constitutional challenge in the adult-use case.

When Maine residents originally voted to legalize marijuana in the state, the approved legislation included preference for in-state licensees. Mark Barnett, the founder of the Maine Craft Cannabis Association, recently told the Portland Press Herald that the decision to abandon the adult-use residency requirement “le[ft] Maine voters with almost nothing we voted for in 2016.” Barnett noted that “Mainers did not want corporate marijuana, but that is exactly what we’ll be getting now. It’s going to be a race to the bottom.” Maine’s appeal in the medical marijuana case signals the state’s attempt to preserve some market preference for Maine-based operators.

The 1st U.S. Circuit Court of Appeals will hear the appeal; oral arguments are likely to take place in 2022 but have not yet been scheduled. The district court ruling notes that no circuit court has addressed this issue. Because the circuit court’s ruling could have implications for other, similar state laws restricting dispensary ownership, state regulatory agencies and nationwide industry participants should pay close attention to the appeal as it progresses.

California Cannabis Retailer Sues Municipality for Revoking License. According to news articles, a California cannabis retailer, Natural Healing Center (NHC), is suing the issuing municipality for revoking its permit without due process. In October 2021, the city of San Luis Obispo, California, revoked NHC’s retail cannabis permit after one of the company’s previous owners pleaded guilty on charges of tax evasion and bribery.

According to its lawsuit, NHC’s position is that once the city has granted a cannabis license, the city no longer has discretionary power to revoke the license without going through the administrative proceedings to which NHC asserts it is entitled. NHC also pointed out that the original owner who made the guilty plea (Helios Dayspring), had transferred his interest to his girlfriend, with the agency’s written consent, prior to the issuance of the permit.

Cannabis Lounges Coming to Nevada This Year. Last summer, the Nevada Legislature signed Assembly Bill 341, authorizing the state Cannabis Compliance Board to license and regulate cannabis consumption lounges. While the board is in the process of finalizing regulations for such lounges, Clark County is in the early stages of planning various business operations for the cannabis lounges as well as determining its own local regulations. The county will need to address issues such as budget, increasing staff for operations, air quality and potential odor complaints, business licenses and location of the lounges. State and local governments will license the lounges and the cannabis lounges can be independent from or in conjunction with existing dispensaries. The county commissioners have requested a public meeting with business representatives to discuss local regulations because of the impact the lounges will have on local businesses and the public.

Connecticut Proposed Rule Addresses Mold and Yeast Levels. A proposed rule change to increase allowable levels of mold and yeast is pending in Connecticut. The new rule would maintain a limit of 100,000 colony-forming units per gram. In addition, the regulatory changes would not allow detectable levels of certain breeds of mold in the aspergillus family.

Connecticut currently has two medical cannabis laboratories. The state allowed one of the approved labs to increase its limits to 1 million colony-forming units per gram (up from 10,000 units per gram). This change prompted patient complaints, which appears to be the impetus behind the regulatory change proposal.

According to the Connecticut Department of Consumer Protection press release, the rule change will “create clarity and consistency for medical marijuana laboratories and medical marijuana patients.” Microbiologists were consulted in drafting the new standards, and regulators hope the changes will stop certain yeast and mold in cannabis flower that may cause injury if swallowed or inhaled.

Public comment on the proposed standards will be accepted until Feb. 1, 2022. The Connecticut Attorney General’s Office then will have 30 days to review the regulations for approval before sending them to the Connecticut Legislative Regulations Review Committee.

Colorado Department of Agriculture Adds Four Products to Pesticide List. The Colorado Department of Agriculture has added to its list four more pesticides which, if used, would not result in a violation of the Pesticide Applicators Act. Growers in Colorado may now use Rootshield WP, Spear-LEP, PFR-97 10% ES, and Long Shadow. Pesticide use is always a contentious issue with regulators, who are trying to strike a balance between the properties of the final product and the need to meet growing demand by ensuring crop viability. It is important to always check state rules with respect to pesticide use on marijuana crops as well as to ensure grow operations are not violating cannabis use rules.

Planet 13 Announces Acquisition of Next Green Wave. On Dec. 20, 2021, Planet 13 Holdings, a vertically integrated cannabis company based in Nevada, announced it has entered into a definitive agreement to acquire Next Green Wave, an integrated premium seed-to-shelf craft cannabis producer in Coalinga, California, for $70.3 million ($91 million Canadian). According to the announcement, the transaction was unanimously approved by the boards of directors of both Planet 13 and Next Green Wave. The transaction is subject to regulatory and court approvals.