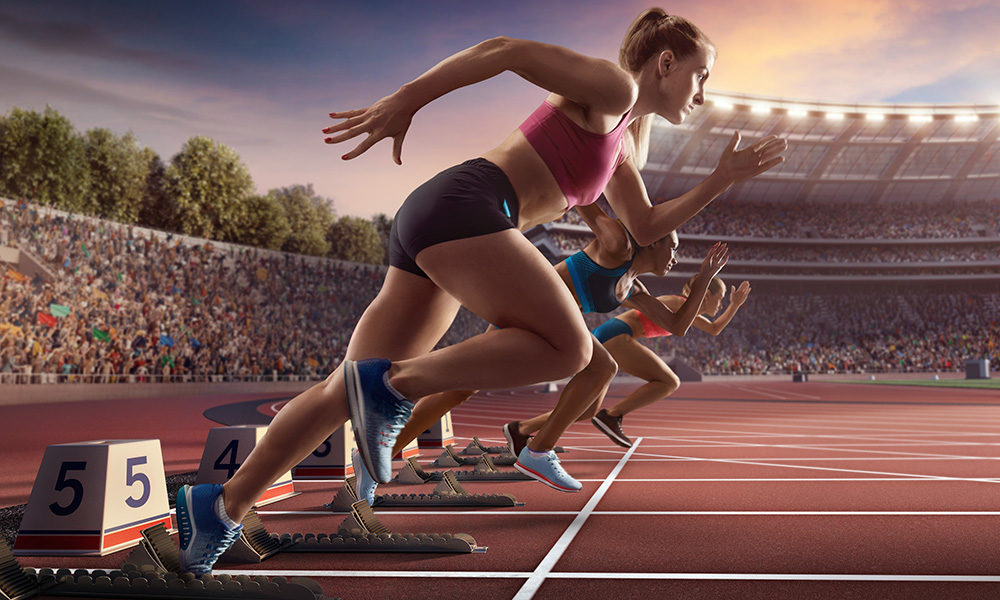 Controversy surrounding the use of cannabis by athletes leading up to the Olympic Games has reignited debate over whether cannabis is a performance-enhancing drug and what role it should play in the world of sports. In early July during the lead-up to the pandemic-delayed games, American sprinter and Olympic hopeful Sha’Carri Richardson was denied a place on the U.S. Olympic track team after testing positive for marijuana. And only days before the games began, Dominican baseball player Diego Goris was dropped from his country’s Olympic roster after it was revealed he had tested positive for cannabis at a qualifying match in June.

But why is marijuana banned for athletes? Is cannabis a performance-enhancing drug?

Ban Based on Inconclusive Evidence

The notion that cannabis can help an athlete be faster, stronger, or otherwise enhance performance is key to the ban on marijuana for athletes by the World Anti-Doping Agency (WADA), the group that sets the standards for the use of substances in sports. But the evidence to support that assertion is thin and inconclusive at best. In fact, some researchers believe that cannabis can hinder, rather than enhance, performance.

In a study published in the Clinical Journal of Sports Medicine in 2018, investigators determined that while the use of cannabis in sports was not unusual, the notion that cannabis is a performance-enhancing drug was not supported by research. They also called for further study into the potential therapeutic effects of cannabis for athletes.

“Although cannabis use is more prevalent in some athletes engaged in high-risk sports, there is no direct evidence of performance-enhancing effects in athletes,” the authors of the study wrote in their conclusion. “The potential beneficial effects of cannabis as part of a pain management protocol, including reducing concussion-related symptoms, deserve further attention.”

In 2020, a systematic review of available research into the use of cannabis in sports found that marijuana actually inhibited some aspects of performance, such as a causing a reduced ability to maintain effort and maximum work capacity. The research also found that cannabis could induce undesirable physiological responses including increased heart and breathing rates and a neurological effect on balance.

One studyin the analysis of eight peer-reviewed publications and 10 literature reviews concluded that the drug “does not act as a sport performance enhancing agent as raised by popular beliefs” and warned against the use of cannabis by athletes.

“Thus, cannabis consumption prior to exercise should be avoided in order to maximize performance in sports,” the authors of the study wrote.

Other specialists in the field also believe that there is little evidence that cannabis is a performance-enhancing drug. One such expert is David McDuff, a sports psychiatrist and professor at the University of Maryland who is also a member of the International Olympic Committee’s Mental Health Workgroup.

“I think the consensus, in the absence of clear-cut information, is that cannabis is more likely to be viewed as performance-detracting rather than performance-enhancing,” McDuff said. “Some studies suggest that consuming marijuana has negative effects on skills such as motor coordination and mental alertness that are required in many sports — but even there, little direct evidence exists of such effects in athletes.”

Why is Cannabis Banned in Sports?

With so little support for the idea that cannabis is a performance-enhancing drug, many believe the ban on marijuana and cannabinoids other than CBD should be revisited. But just why was cannabis in sports banned in the first place?

WADA first added cannabis to its list of banned substances after Canadian Ross Rebagliati won the Olympics’ first snowboarding gold medal in 1998. After the results of a drug screening taken during the competition were positive for marijuana, Olympic officials stripped the medal from Rebagliati. When he appealed the decision, noting that cannabis was not on the WADA list of performance-enhancing drugs, the gold medal was returned to Rebagliati, and marijuana was added to list of banned substances.

Since then, WADA has defended the ban on cannabis in sports, including in the wake of furor generated by the disqualification of Richardson. In 2011, two members of the agency and a toxicologist at the U.S. National Institute on Drug Abuse published a research review titled “Cannabis in Sport” that was published in the journal Sports Medicine. In it, the authors wrote that “cannabis can be performance enhancing for some athletes and sports disciplines.” Critics of the review claim its findings are unsubstantiated and not supported by science, noting that one study it cites actually found that cannabis reduced the performance of cyclists participating in the research.

In September 2017, WADA removed CBD from its list of prohibited substances. But marijuana and all other cannabinoids, including THC, remain on the list of banned substances. However, the ban on cannabis in sports does not hinge solely on its potential as a performance-enhancing drug. In its reasoning for the ban, WADA notes that athletes who use cannabis in competition may have a greater risk of injury. The agency also writes that the “Use of illicit drugs that are harmful to health and that may have performance-enhancing properties is not consistent with the athlete as a role model for young people around the world.”

Under WADA rules, those two additional reasons are enough to continue the ban on cannabis in sports. And with the nearly worldwide continued prohibition of cannabis and its resulting status as an illicit drug, it seems the ban on athletes using marijuana is likely to last as long as the failed but continuing War on Drugs.