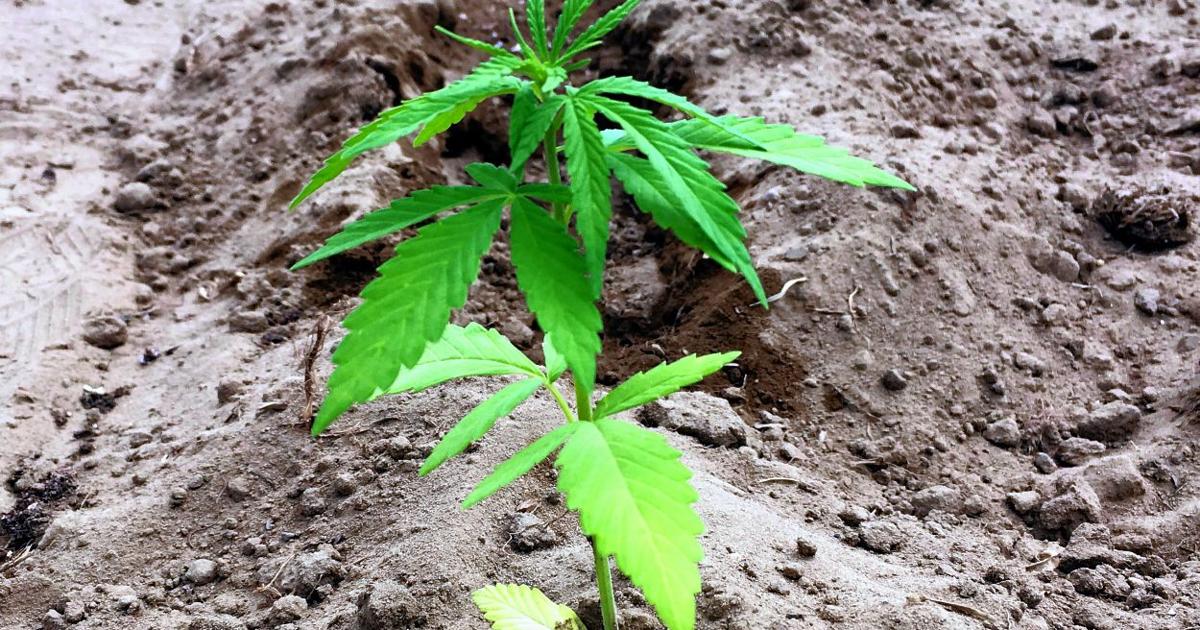 The shop at the far end of a low-slung strip mall on Tolland Turnpike in Manchester looks like it could pass for a Pottery Barn.

The carefully curated environment is the hallmark of Your CBD Store, a Florida-based retailer that sells the trendy extract cannabidiol at over 400 locations nationwide, including eight in Connecticut.

“We want this space to be warm, comfortable, and friendly,” said store manager Rebekah Fernandez. “Baby boomers may not feel comfortable going to a head shop, so we give them an alternative.”

In keeping with that philosophy, staff introduce shoppers to a vast inventory of CBD-infused products, which include tinctures, oils, topical rubs, collagen creams, and even pet treats, and make recommendations based on individual’s needs. Employees never make guarantees about the efficacy of their products, Fernandez said, but instead guide clients toward the option that represents the “best chance at success.”

Over and over, she added, that advice has paid off for clients who feel let by down by other forms of treatment, and they become evangelists for the store’s brand, SunMed.

Your CBD Store is one of a number of retailers hitching their wagon to the hemp-derived wonder drug that many Americans now use regularly to treat pain and suffering associated with conditions ranging from arthritis and irritable bowel syndrome to multiple sclerosis and post-traumatic stress disorder.

Each appears to have found its own angle into the industry.

For the gas station storefronts and smoke shops that have stocked CBD since long before its mainstream acceptance, that means marketing vaping cartridges to a mainly younger, perhaps less discerning crowd. Upscale department stores such as Neiman Marcus, on the other hand, are tapping into a demand for CBD folded into luxury skin creams, bath bombs, and lotions.

Common to all CBD vendors, however, is the conviction that the drug helps consumers while creating attractive, rewarding jobs and bolstering the otherwise ailing retail economy. Many said they’ve found themselves in an enviable position, making a living by assisting grateful customers who love and swear by their products.

“I enjoy helping people, and this was the perfect opportunity to do that,” Fernandez said.

Karen Gaston, proprietor of LNK-CBD in East Windsor, said she came to the CBD industry after working at a vocational center and adult day-care center.

In that job, Gaston said, professional victories were hard-fought and far between. But at her North Road shop, she sees people getting relatively quick relief from sometime debilitating symptoms for the first time in years. Customers have told her cannabidiol allowed them to stop taking far more potent and potentially addicting opioid painkillers.

CBD seems to work so well for so many ailments that farmers in the predominantly rural community have started giving it to their horses to treat aches, inflammation, and muscle stiffness, she said.

In its literature and advertising, LNK-CBD emphasizes the natural properties and wellness applications of CBD — or, as Gaston said, “health, not the high.” The company grows its own hemp at a farm in East Granby, and the store stays involved in every step of the refining and packaging process to ensure its quality.

“I think that as more people get educated about this, it’s going to get even bigger,” Gaston said. “It has the ability to transform our economy.”

A new kind of ‘edible’

For much of the past three years, high-profile retailers had to watch the CBD explosion unfold from afar. Federal regulations barring the transport of hemp across state lines made it unpractical and probably illegal to start stocking CBD products in their stores, and insurers wouldn’t touch companies that went near it.

That changed when Congress passed the 2018 Farm Bill, which made licensed hemp legal to grow as long as its content of THC — the main psychoactive component in cannabis — remains at or below 0.3 percent.

One of the more unexpected forays into the industry came in July, when Tariq Farid, the founder and former CEO of Edible Arrangements, unveiled Incredible Edibles, a new business venture that will make and sell CBD-infused baked goods, chocolates, and smoothies.

Farid — who remains heavily involved in Edible Arrangements — said he started looking for ways to branch out into CBD after seeing the term “edibles” used to describe foods and drinks containing cannabis compounds. The brand name, he noticed, was causing some confusion in states where recreational marijuana has been fully legalized.

“It was a threat but also an opportunity,” Farid said. “We didn’t want to be misbranded, and this was a chance to show people the way edibles should be done.”

For over two years, the Hamden-based entrepreneur explored the viability of CBD products, lobbied lawmakers to loosen restrictions on industrial hemp, and eventually partnered with Kasheta Farms of South Windsor to plant and cultivate hemp through Connecticut’s Hemp Research Pilot Program.

Farid said he hopes the ability to trace his product from seed to sale will give consumers confidence that what he offers is real and legitimate, especially since misinformation about CBD persists. Even though many corporations are looking for ways to profit from the cannabidiol boom, more traditional institutions, such as banks and underwriters, still view investment in the drug with skepticism.

“You can buy a gun with a credit card, but people will look at you strange if you say you’re selling CBD,” he said.

Still, Farid has remained confident in the popular extract and wants the state to take advantage of the opportunities it offers. The image of hemp plants flowering in a South Windsor plot once used to raise tobacco, he said, should impart a powerful message to legislators in Hartford — CBD is the future.

“I’d love for Connecticut to own CBD and be known for it,” he said. “The state need these type of out-of-the-box ideas.”

The Grateful Head Shop in Manchester is probably the type of place Your CBD Store’s marketing team doesn’t think baby boomers will go.

Still, the unabashedly psychedelic Oak Street boutique serves a steady stream of clients of every age and from all walks of life, said clerk Daryl Bouchard. If any older customers are intimidated by the rows of glass smoking pipes on offer and a floor-to-ceiling Led Zeppelin mural behind the register, they don’t show it.

“You see everybody here,” Bouchard said on a recent weekday afternoon. “There’s college kids, middle-aged folks, seniors. There’s huge interest in what CBD can do for people and that isn’t limited to one demographic.”

But because CBD is still so new to most, Bouchard finds himself playing the role of educator. He walks first-time customers through the difference between CBD and THC and, based on price and the customer’s level of comfort, recommends a method of delivery.

“If 10 people walk through the door looking for CBD, I’ll probably be teaching five of them about it for the first time,” Bouchard said.

Though it’s never been easier to learn about, CBD remains somewhat nebulous to the public. The long-standing federal prohibition on cannabis, together with black market misrepresentations and a lexicon of dizzyingly similar and overlapping scientific titles, haven’t helped.

Hemp, for instance, is considered a distinct strain of the cannabis sativa plant, but some CBD connoisseurs use the term “hemp” to refer to any type of cannabis low in THC. To law enforcement officials, however, the difference is black and white — cannabis gives consumers an unmistakable “high,” and hemp products don’t.

Hemp plants have a relatively high concentration of CBD, but industrial chemists can still extract at least some THC from its fibers. Similarly, cannabis, though mainly rich in THC, contains amounts of CBD, and variations in the chemical likely play a role in the type of psychological and physiological response certain strains produce in users.

It is cannabis-derived CBD, not hemp-derived CBD, that is used in Epidiolex, the only FDA-approved CBD medication currently available in the U.S. Doctors prescribe the drug to treat the effects two rare forms of childhood-onset epilepsy.

Yasmin Hurd, a neuroscientist and director of the Addiction Institute at Mount Sinai Hospital in New York, said it’s difficult for consumers to tell the difference between fact and fiction because CBD, like most of the chemicals found in cannabis and hemp, has not been properly studied, and regulators remain several steps behind.

“Federal and state governments were not prepared for how popular this product would become, so there were no rules in place for it,” Hurd said. “It’s kind of like the wild, wild West right now.”

One of the most substantial problems facing would-be buyers is the prevalence of counterfeit vaping cartridges, many of which are shipped to the U.S. from China, Hurd said. While labeled as CBD, they contain no cannabidiol and could be contaminated with THC, mold, pesticides, or dangerous synthetic marijuana.

Hurd, whose institute has just received a large grant to study CBD in treating opioid withdrawal, acknowledges that unadulterated CBD is relatively safe and shows promise, potentially by acting on many of the body’s systems simultaneously. But the rush to stuff CBD into almost every health and beauty product seems to be distracting from its medicinal potential, she said, the public needs to understand what CBD is and what it isn’t.

“There are companies out there making CBD seem like THC-lite,” she said. “But CBD can’t get you high, so if you have a vendor promising that, I’d say it’s best not to go near that product.”