Nothing gold can stay, but that’s actually a happy thought for Jaime Nacrur.

Nacrur, better known by his Instagram handle @weavers_, has carved out quite a niche for himself in the cannabis community by crafting impressively intricate, and sometimes oversized, art sculptures made completely out of flower and 24-karat gold blunt wraps.

While Weavers’ first commissions were relegated to making weapons such as guns and knives formed from tobacco wraps, the California artist has pushed the boundaries of his creativity by crafting blunts that include liquor bottles, microphones and even UFC fighting gloves.

Weavers’ astounding works of smokable art even earned him an exhibition, sponsored by Hitman Glass. The art show premiered in November 2017 at Hitman’s Los Angeles coffee house to much fanfare, and included a massive Darth Vader statue constructed out of 10 pounds of cannabis and gold blunt wraps from Shine Papers.

“I’ve been rolling blunts and making art for over 30 years,” Nacrur said. “Four years ago, I had the opportunity to combine my love for art and cannabis through my artist identity, Weavers. I immediately fell in love with the response I received from the people that appreciated my work.” 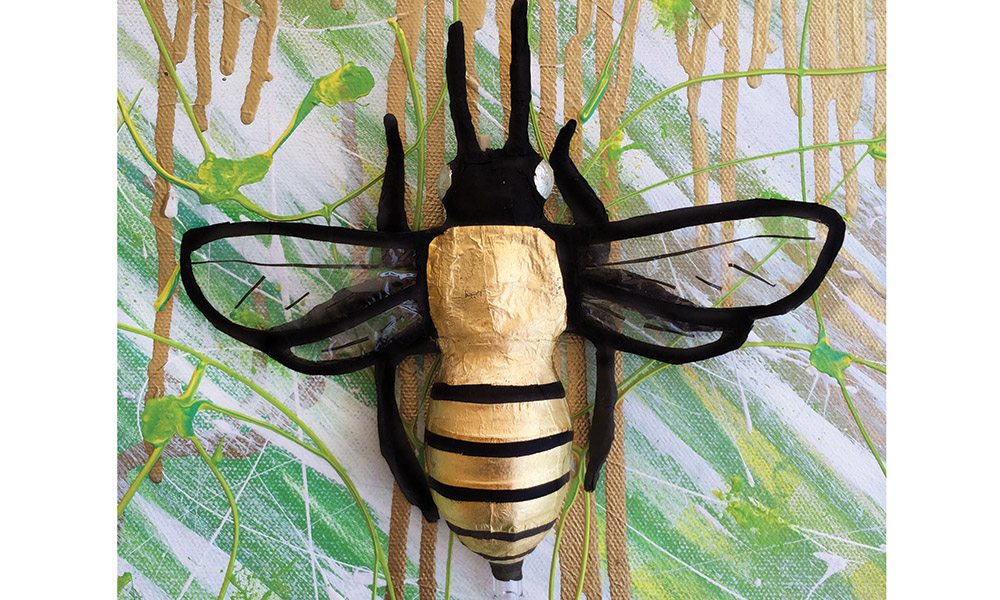 Now at the height of his popularity and success, Nacrur said he decided rolling blunts would be his primary art form when he saw the joy that it brought to others.

“In modern day society, we’re surrounded by stress and anxiety,” he said. “When I saw a group of over 100 people smiling and enjoying themselves because of my creation, I couldn’t describe how great it made me feel. Every piece of consumable art that I make has a strong positive impact on the cannabis community. A large driving force in my career is watching my work make people happy.”

Nacrur ended up on the radar of sponsors like Shine and Hitman organically at shows and through friends.

“We support each other’s brands and it is mutually beneficial for all parties,” he said, noting that he has now been commissioned to make personalized blunt creations for a number of different celebrities. “I can proudly say that these people have smoked my blunts: Rick Ross, Snoop Dogg, Lil Dicky, Too $hort, Action Bronson, Lil Debbie, DJ Quick, Xzibit, Rae Sremmurd, Mally Mall, B-Real, the Diaz brothers, Sizzla, The Game and a few I can’t mention. I also made blunts for the Netflix sitcom ‘Disjointed,’ and the Viceland shows ‘Bong Appetit’ and ‘Ancient Aliens.’” 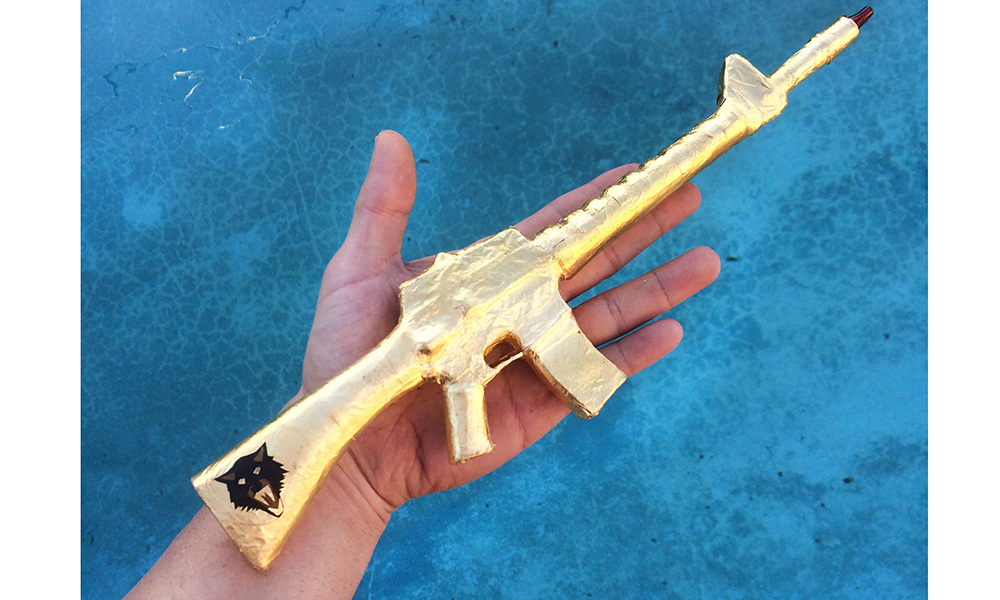 After making so many works of art, he struggled to identify which one he was the most proud of, but did mention the most complicated piece he’s ever created involved making a 3D version of the logo for Captain Jack’s, a now-closed dispensary that was located in Upland, California.

When asked about the highest price he’s ever been paid for his art, Nacrur said he doesn’t do it for the money, but rather the challenge.

“I’m challenging myself and trying new things,” he said. “I’ve created my own niche.”

TELL US, have you ever seen such creative joints?