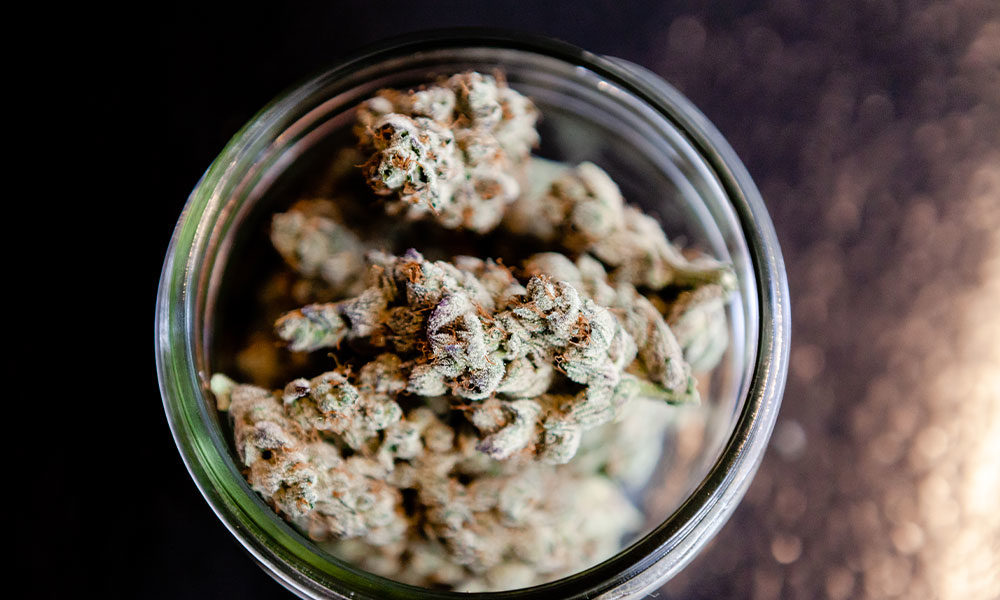 It feels like a new day is dawning for cannabis in the US, as some 20 states have now embraced legalization, and many more have adopted medical marijuana programs. But resistance remains. The fear of THC and the associated “high” has been deeply ingrained by generations of propaganda. Several states are now considering potency caps for cannabis products, or have already instated such maximums. Opponents see the hand of federal pressure behind such moves—and argue that they may be counter-productive, even from the standpoint of protecting public health.

Illinois has been wrestling with an implementation model since the state house in Springfield approved a legalization bill in May 2019. Now, a bill introduced late last month in the Land of Lincoln’s legislature would limit the THC content in legal cannabis products, the Chicago Sun-Times reports.

State Rep. Mark Batinick (R-Plainfield) said he introduced the bill, HB 4709, at the urging of the Illinois State Medical Society, after members cited a supposedly “skyrocketing” number of cannabis-related calls received by the Illinois Poison Center.

Batinick said such calls jumped from 487 in 2019 to 743 in 2020, the year legalization took effect, and then jumped to 855 in 2021. Many calls were related to the consumption of THC-infused edibles, the Poison Center reported. Batinick’s bill would cap the amount of THC in cannabis flower at 10 percent and impose a 15 percent maximum for concentrates and infused products.

Pamela Althoff, director of the Cannabis Business Association of Illinois, rejected the proposal as a pointless burden on the burgeoning industry. “It’s almost impossible, practically, to be able to do this,” she told the Sun-Times. She said that authorities should instead be focused on “alternative” psychoactive cannabinoids such Delta-8 and THC-O, that escape regulation altogether due to a loophole in the law.

The National Organization for the Reform of Marijuana Laws (NORML) also spoke out against the measure. “If passed, this bill would significantly limit access to stronger forms of cannabis, with the most detrimental impacts falling on those who rely on marijuana for its medicinal properties,” NORML said in its most recent Policy Update. “Just as conventional medicines are readily available in a variety of strengths and potencies in order to meet individual patients’ needs, medicinal cannabis and regulated products in general should be available in varying potencies and formulations.”

Any progress is good news in Mississippi, which has some of the harshest cannabis laws in the country. And in November 2020, voters in the Magnolia State approved a ballot measure mandating establishment of a medical marijuana program for those suffering from debilitating conditions such as cancer, AIDS and sickle-cell disease.

Republican Gov. Tate Reeves signed the implementing legislation Feb. 2. However, he did so with a statement that included a stern lecture to adult-use legalization advocates: “There is no doubt that there are individuals in our state who could do significantly better if they had access to medically prescribed doses of cannabis. There are also those who really want a recreational marijuana program that could lead to more people smoking and less people working, with all the societal and family ills that that brings.”

And, in a seeming sop to prohibitionist sentiment, the language of the law includes THC limits—30 percent for flower; 60 percent for concentrates. Products with over 30 percent THC must be labeled “extremely potent.”

Colorado—one of the first states to legalize adult-use cannabis by a voter initiative back in 2012—last year also passed legislation to rein in high-THC cannabis products, although the new law stops short of an actual potency cap.

Passed last June, HB21-1317 calls for establishment of a scientific review council to examine the effects of high-potency cannabis products on mental health and the developing brain. It also changes the daily cannabis concentrate limit for patients enrolled in the state’s medical marijuana program from 40 grams a day to eight. This brings the medical program into conformity with the daily customer allowance that was already in place for the legalized adult-use market. And patients between the ages of 18 and 20 are capped at two grams of concentrate a day. All transactions must be tracked to ensure these limits are being adhered to.

Additionally, all dispensaries must now provide customers with an educational pamphlet about THC concentrates with each purchase. The pamphlets include a suggested serving size for use of concentrate.

This is also being met with dissent from the industry. “I do feel like it’s unfair for the people who are using concentrates because they’re using something that was provided by the state that they said was legal, and now they’re trying to dial back on how much you can purchase,” Rashad Parks, manager of Denver Kush Club, told local Denver7 TV.

Patient Autumn Brooks, who uses cannabis concentrate to treat her fibromyalgia, offered Denver7 a case study in how the new law can be onerous: “During a flare, I could use possibly five to eight grams in a day. And this has killed that because I cannot go anywhere to purchase, and I can’t afford the gas at being close to $4 a gallon right now to travel every day to pick up the medication.”

This is especially a concern in states such as Colorado, where distances between towns can be daunting, and rural areas fairly isolated. And this reality was explicitly acknowledged by Dominique Mendiola, director of the Colorado Department of Revenue’s Marijuana Enforcement Division.

Mendiola told Denver7: “There may be patients, based on their medical diagnosis, who have difficulty accessing transportation or other mobility concerns that would restrict their ability to access marijuana consistent with their physician’s recommendations. So that’s where there is an opportunity for a patient in consultation with their physician to determine whether they fall within a scenario that should warrant an exception to those, you know, the eight and two gram sales limitations.”

Other States Next—And Maybe the Feds

In April 2021, Politico provided an overview of potency cap proposals in several states. A quote from Washington state Rep. Lauren Davis, a Democrat who had twice introduced legislation to cap THC potency in concentrates, summed up the underlying fears: “I don’t think anyone conceptualized what would happen when…industry and science and business and the motivation of profit come into the state of Washington. All of a sudden, a few years later, your shelves are stocked with these oils that are 99 percent THC.”

Politico reported that such proposals had failed in Washington, Florida and elsewhere. At that time, only Vermont had cannabis potency caps in place, with flower limited to 30 percent and concentrates capped at 60 percent under terms of its 2018 legalization statute. Since the Politico story ran, Illinois and Mississippi have become the second and third states to impose THC limits.

A different variety of restriction is also to be imposed in South Dakota, where a November 2020 voter initiative mandated establishment of a medical marijuana program. As KELO in Sioux Falls reports, the implementing legislation, HB 1058, bars edible cannabis products from being sold in the state altogether. It passed the House State Affairs Committee on Jan. 27, by a narrow vote of 7-6. The bill’s sponsor, Rep. Fred Deutsch (R-Florence), said the ban is needed to protect children, and charged that some such products are “manufactured specifically to appeal to children.” He noted that parents of child patients will still be allowed to purchase medical cannabis in flower form to bake their own edibles for their children to consume.

Finally, lawmakers in the US Congress have been expressing concern about the increasing potency of cannabis products. Last March, co-chairs Dianne Feinstein (D-CA) and John Cornyn (R-TX) argued in the bipartisan Caucus on International Narcotics Control  that federal agencies should consider recommending THC limits for states that have legalized either adult-use or medicinal cannabis.

Some of the concerns about potency are legitimate. Most experienced cannabis aficionados have at one point or another learned the hard way that it is easy to overdo it with edibles. And while usually this means no more than a few hours of discomfort or perhaps a gastrointestinal upheaval, caution in dosage quantities is generally a good idea—especially for the novice.

Educational pamphlets, warnings and dosage recommendations are remedies that the industry may be more open to than potency caps. “We welcome the conversation about public safety, and want to be an active part of it,” Truman Bradley, director of Colorado’s Marijuana Industry Group, told Politico last year. “But a potency limit is a nonstarter. It’s not effective as a public health tool.”

As some cannabis advocates have argued before, there is a case to be made that high-potency strains even of herbaceous flower can actually be beneficial for users—as they require less actual inhalation of smoke to achieve the same effect, sparing the lungs exposure to tar and carcinogens. The assumption that users of high-potency strains are all getting significantly higher than their grandparents in the hippie generation is highly questionable.