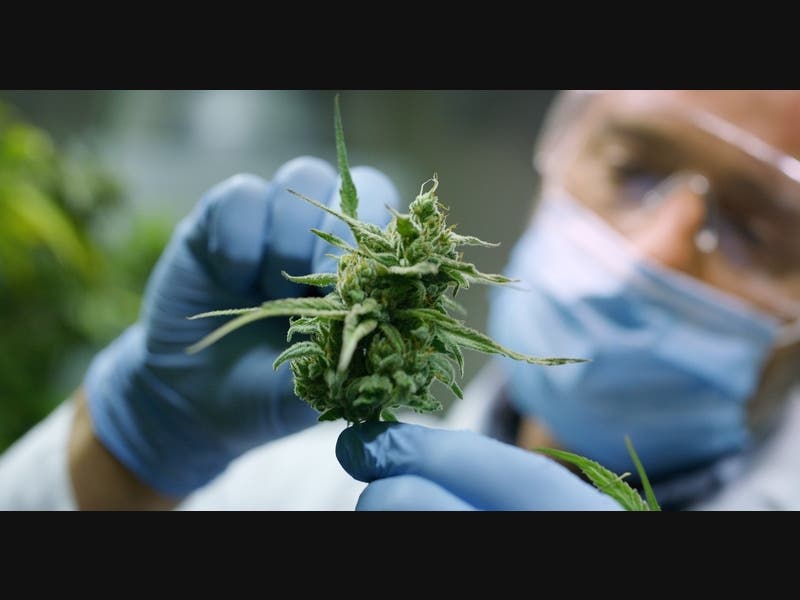 The legalization of marijuana in Connecticut – which took effect last week – has some area police concerned it could lead to an uptick in DUI offenses.

“Do we expect more people to be smoking and driving? Probably,” Bristol police Dep. Chief Richard Guerrera said. “How much (cannabis use) is considered under the influence?” We don’t know yet. I don’t know what the threshold is.”

Currently, there is no unit of measurement easily available that police can use to determine how “high” a motorist is, according to police. An officer who suspects a driver is under the influence of marijuana or another drug can have them submit to a drug test, but a positive result does not necessarily mean they were under the influence while they were behind the wheel, as drugs stay in the body’s system for more than just a few hours.

Newington police Sgt. Ryan Deane noted police are trained to detect when a motorist is under the influence of drugs, including marijuana.

“Obviously we’re always looking for impaired drivers,” Deane said, adding “there certainly could be” more motorists under the influence of marijuana now that it has been legalized. “Just because marijuana is legal doesn’t mean you can drive and do it.”

Guerrera added police have received some training to detect when a driver is under the influence of drugs, not many are drug recognition experts.

“That’s a specific skill set. We don’t have any drug recognition experts,” Guerrera said, adding enforcing DUIs related to marijuana is “going to be a little tough.”

Prior to marijuana becoming legal in the state, Ciuci said police in Berlin had already seen an increase in impaired driving related to cannabis.

A study published in 2020 by the AAA Foundation for Traffic Safety found, in Washington State – where cannabis was legalized for recreational use in 2012 – the number of motorists who tested positive for marijuana who were involved in fatal crashes more than doubled in the five years since it was approved for adult use.

Furthermore, a study published in 2018 and shared by Mothers Against Drunk Driving found, at the time of the report, marijuana-related traffic deaths had increased by 151% in Colorado since marijuana was legalized there in 2012, while traffic deaths overall in the state increased by 35%.

Whether Connecticut could see a similar trend to other states remains to be seen, but Guerrera says it is something that will need to be examined as time moves forward.

“We’re going to monitor it and keep a close eye on it,” Guerrera said. “If we see an increase in smoking and crashing, we’re going to have to adapt.”

The law that went into effect on July 1 legalizes the possession of up to 1.5 ounces of marijuana for those 21 years of age and older. Individuals can have up to 5 ounces if it is locked away in their home or inside a trunk or glove box in a car.

The legislation put into place addresses a wide array of components involved in the legalization of cannabis, but one area that deals with enforcing driving under the influence of marijuana will not be adopted by police departments in the state until October of 2022.

A provision in the bill mandates that each “law enforcement unit” in Connecticut report to the Police Officer Standards and Training Council (POST) “a recommendation as to the minimum number of officers that such law enforcement unit should have accredited as drug recognition experts…” This must be done no later than Jan. 1.

Then, by July 1 of next year, POST, in conjunction with the Highway Safety Office within the Department of Transportation, “shall determine the minimum number of police officers to be accredited as drug recognition experts for each law enforcement unit” and “submit the results of such determination to the Governor and the Secretary of the Office of Policy and Management.”

The legislation goes on to say that police departments “shall adopt and maintain a written policy that meets or exceeds the standards of the model policy developed” by October of 2022.

Between now and then, some police say it will be hard to crack down on those who drive under the influence of marijuana. Most of the difficulty lies in the lack of a breathalyzer equivalent for cannabis, police say.

“It’s definitely a concern, but we don’t have any data yet,” Guerrera said. “It’s only been legal for a week.”

Justin Muszynski can be reached at 860-973-1809 or jmuszynski@bristolpress.com.