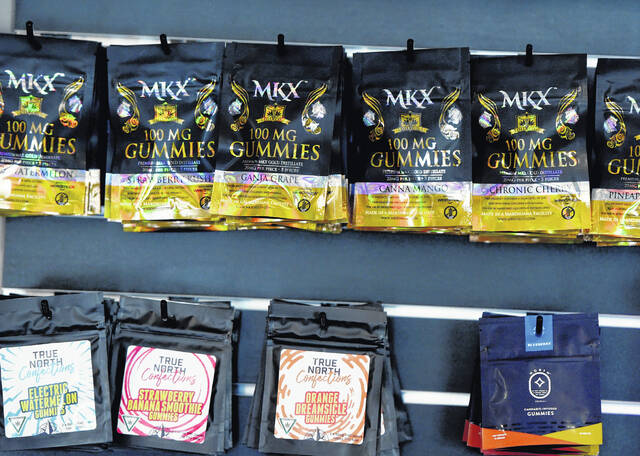 Products are hung at the 20 Past 4 store in Jackson County, Michigan. 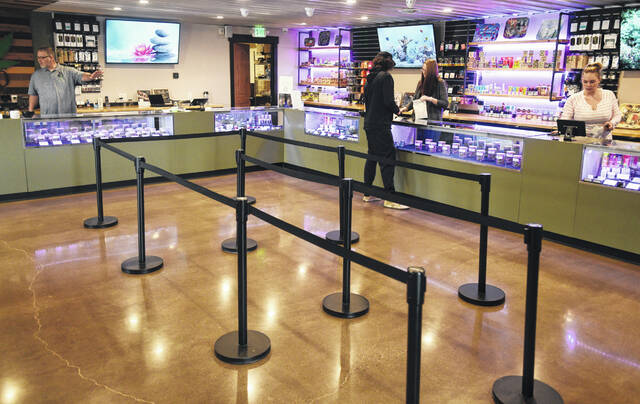 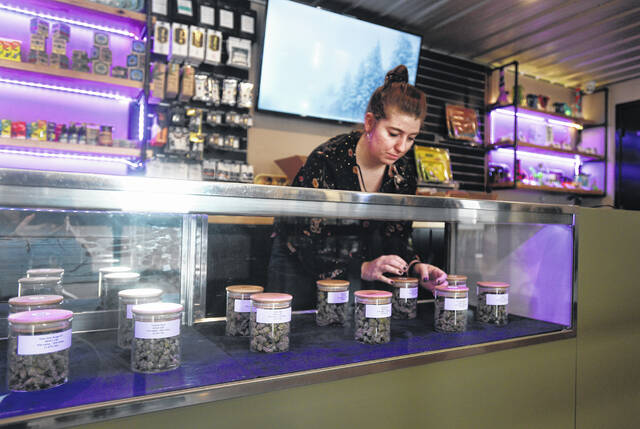 Recreational marijuana flower is arranged at 20 Past 4 in Jackson County, Michigan.

LIMA — Ohio could become the next state to join the growing list that has legalized recreational marijuana.

The last decade has brought sweeping reform of marijuana laws across the country. Nineteenstates, as well as Guam and Washington, D.C., have made recreational marijuana legal, or are in the process of doing so, in some form for anyone older than 21. Each state has its own different stipulations, but the movement has been gaining momentum, especially as of late. New York, Virginia, New Mexico and Connecticut all approved legalization measures in 2021 alone.

The charge into Oho is being led by The Coalition to Regulate Marijuana Like Alcohol, which will need to amass 130,000 petition signatures to bring the legislation to Columbus. Should they get those signatures, the legislature will have four months to decide to pass or reject the bill.

If the Ohio legislature chooses not to pass anything, the coalition will need to generate an additional 130,000 signatures to keep hopes alive for marijuana reform in Ohio. If they do, the issue would be taken up by Ohioans in the 2022 general election.

Coalition spokesman Tom Haren said that his group has high hopes for getting a bill passed in the Ohio General Assembly.

“We’re actually confident that we’re going to get it passed through the General Assembly. We’re laser focused on doing that,” he said. “We think that when the legislators look at our proposal, when they talk to their voters and once we’re able to sit down and explain to them that this is something that’s coming one way or another. The question is really ‘are bureaucrats in D.C. going to make this decision, or are Ohioans going to make this decision?’ We expect that they’ll support our proposal.”

The proposal was crafted through a combination of factors. Haren said that the coalition took a look at the best practices of other states that have legalized recreational marijuana, as well as using Ohio’s current medical marijuana laws as a foundation to build on.

Ohio would also look to follow suit with other states by allowing marijuana users to grow their own cannabis plants at home. Of all of the states that have addressed marijuana legalization, Washington state is the only one that does not allow home growing practices. The Ohio proposal would allow individuals to grow up to six plants per person, with a maximum of 12 per home. That section of the bill is comparable to the current cannabis growing rules in Michigan.

Under the proposal, recreational marijuana in Ohio would be met with a 10 percent tax rate. The tax is in line with other states like Nevada and Massachusetts, which currently tax at around 10 percent, and is significantly lower than states such as Oregon and Washington, which impose marijuana excise taxes of 17 and 37 percent, respectively.

Should the legislation make it to Columbus, the coalition wants to ensure that the money that would be generated isn’t wasted.

“We have robust social provisions that provide funding to social equity efforts and funding to local municipalities, funding to fight substance abuse and drug addiction,” Haren said. “We framed the proposal so that we can provide a quick, meaningful alternative to the unregulated market. So we think we’ve hit all of the right boxes when it comes to enacting an adult use framework.”

It could be a few years before recreational marijuana reaches its full potential in Ohio, but the first step of that journey is starting now for Ohioans. Whether legislation passes in the General Assembly or voters take to the polls next November, Ohio seems destined to join the fast-growing list of states across the country that have gotten on board. Only time will tell how long the process will take.

Products are hung at the 20 Past 4 store in Jackson County, Michigan.

Recreational marijuana flower is arranged at 20 Past 4 in Jackson County, Michigan.