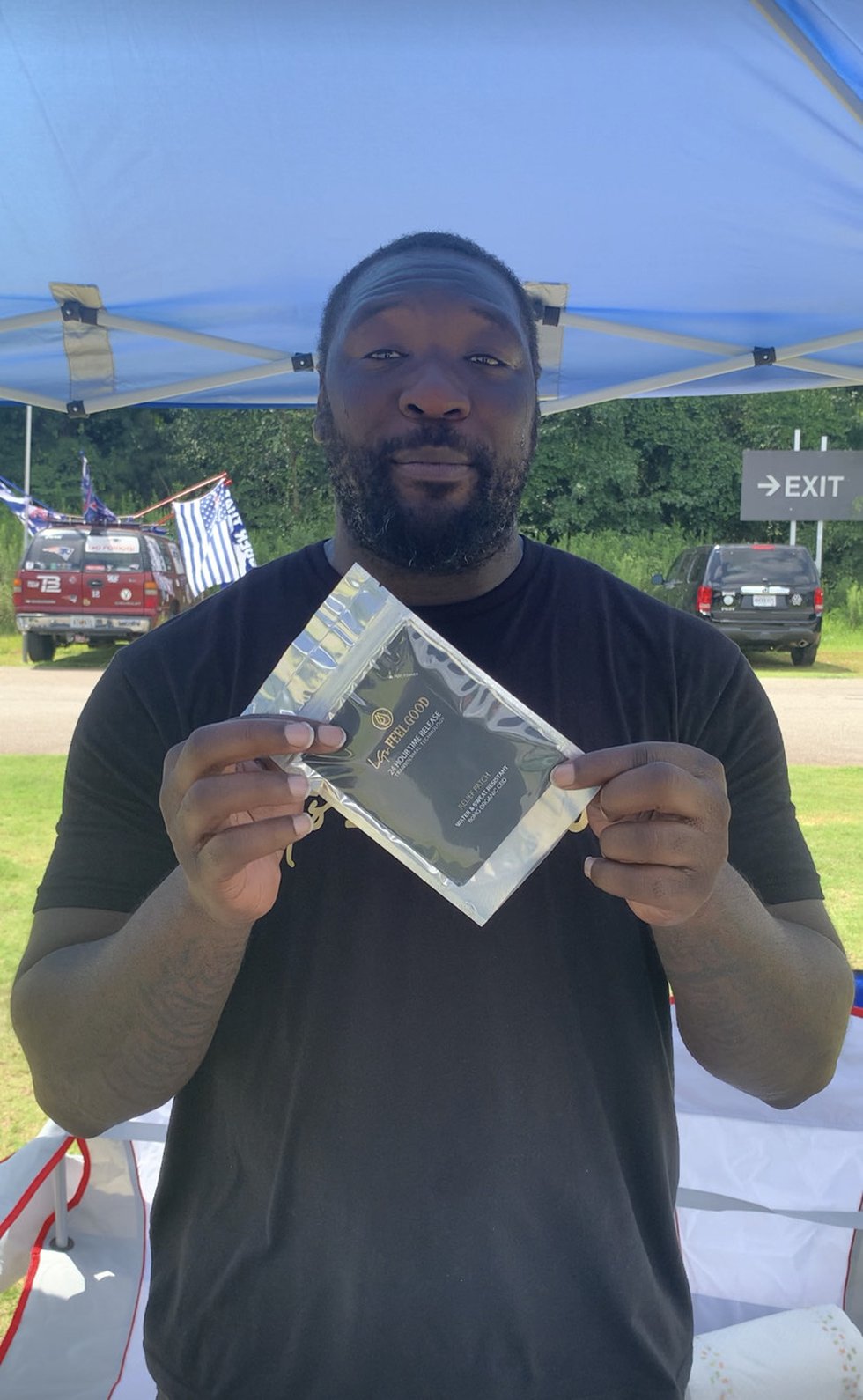 ATLANTA, Ga. (CBS46) – Former NFL running back LeGarrette Blount was best known as a battering ram and force on the football field, having won three Super Bowl championships with the New England Patriots and Philadelphia Eagles.

Off the field, Blount has been hard at work focusing on his new brand of LG Feel Good CBD products for recovery and pain over the past year and a half.

Hundreds of fans from all 32 NFL teams participated, taking part in fun activities, a bouncy house, music, food and bonding over their love for the game of football.

Many current and former NFL players have used the products and say they have helped control physical and mental pain levels.

“I spent nine years in the NFL, going through guys. The last year and a half, I’ve been trying to help them,” Blount said. “There are some guys who have torn ACLs and other injuries and they swear by them.

The products have helped professional athletes and adults who have been managing physical or mental issues and those who may have trouble sleeping.

Blount played in the NFL for nine seasons in the NFL, with stints with the Tennessee Titans, Tampa Bay Buccaneers before revitalizing his career in New England. He made a name for himself and quickly became a fan favorite as the leader of the Patriots in 2013.

He credits his former coach Jeff Fisher, who taught him a lot about the NFL and was one of the first coaches to believe in him and give him a chance to succeed. However, coach Bill Belichick is one of his all-time favorites.

“Coach Belichick is great. He’s one of the best coaches I’ve ever had and he’s the best coach in the NFL. When it comes down to it, he really means business. I have nothing but love and respect for Coach Bill and all those guys. I have a lot of love for the Patriots,” Blount said.

After a brief stint with the Steelers in 2014, he rejoined the Patriots in November 2014 and helped the team win their first Super Bowl championship in 10 years.

In 2016, he led the NFL with 17 touchdowns, including 16 rushing, one receiving and had over 1,000 yards rushing. He joined the Eagles in 2017 and helped lead them to their first Super Bowl championship in franchise history against the Patriots.

Blount was also pleased to see University of Georgia alumnus and former Patriots great Richard Seymour become the 10th New England Patriot player to be inducted into the NFL Hall of Fame and believes that it opens the door for other franchise favorites to be brought in in the future.

“That’s huge,” Blount said. “They did something different and special for the game. To be a Hall of Famer, you have to do something that changes the game. Those guys [Ty Law and Randy Moss] he did this Achieving this hall of fame tag already builds respect to your name.

Blount also had a brief stint with the Detroit Lions in 2018 before retiring after this season.

She says her children also use some of her products, as they are kid-friendly and known to help them sleep better and feel relaxed.