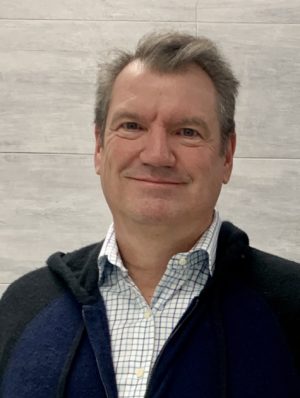 “It’s like we’re going from being Wikipedia to being Amazon.”

So says Harry DeMott, a New Canaan resident and entrepreneur whose company Proper expects to segue from being a research-based firm on what is available in the marketplace to being a full-on e-commerce site.

Launched in 2017 as aproperhigh.com, the site thus far has focused on “being the single best place to research branded cannabis products, whether it’s something you smoke, transdermal patches, gummies, etc.,” DeMott said. “We have more information about branded products than anyone else, so we can deliver trusted data about THC percentage, etc. so consumers can make the most informed decision on what should work best for them.”

One example: Pride Rainbow cannabis-infused gummies, whose “rainbow sherbet” flavor is ranked 153rd out of 338 edibles specifically designed to set a “relaxed mood.” The review says potency is medium, and that it’s good for a mood boost, going to a show, and treating aches and pains. It is available only in California.

This month the business will pivot to “being for research and discovery and to buy,” DeMott said. The idea is to provide customers with a “budtender” that can direct the cannabis connoisseur not only in the right direction to find what they’re looking for, but also how to acquire it.

“It’s like a sommelier in a restaurant,” he said. “Someone may come in saying there are six great wines he’d like to try, but none of them are in the restaurant’s cellar. So he’ll try to get them to try something that most closely resembles what they’re looking for.”

The only boundary, DeMott said, is one’s geographic location. While 19 states and the District of Columbia have fully legalized recreational marijuana — and a number of others have decriminalized it and/or appear on their way to legalizing it — several others still consider it a misdemeanor or, for repeat offenders, a felony. Penalties in those jurisdictions can still be severe.

And it is still considered illegal at the federal level, meaning that just because it’s legal in Connecticut does not mean you can freely travel by car or airplane to Texas, where it is not, without facing potential criminal charges. The same holds true for traveling between weed-friendly states — Connecticut and Massachusetts, for example — as interstate highways are under federal jurisdiction.

With those caveats in mind, however, Proper is well-positioned to benefit brands and consumers alike, DeMott said. The company can show competitive prices in a given area to help optimize the transaction.

As is often the case with Amazon, Proper does not sell direct to consumers, but rather points them in the direction of the appropriate brands. Proper then gets a percentage of the resulting deal.

A serial entrepreneur — in addition to being executive chairman and CEO of Proper, he has founded and served in the c-suite of a number of investment management firms — DeMott said he entered the cannabis/CBD business from a securities analyst perspective.

“I’m one of those guys who never even tried it until I was 50,” he said. “I looked at it as an industry that has all the hallmarks of exciting growth, if you could find the right ‘in.’”

That led to the research-and-data end, before the legalization of recreational weed began to gain seemingly unstoppable momentum.

As for how big Connecticut’s cannabis market could be — some estimates have put it at $250 million in sales during its first year and over $725 million by the end of 2025 — DeMott noted that Colorado, which legalized it in 2012, racked up $187 million in sales in January alone.

Being surrounded by Massachusetts, which legalized it in 2016, and New York, which like Connecticut expects to see retail sales begin in earnest next year, will probably have an adverse effect on this state’s sales, he said; he opined that “it could turn into a billion-dollar market ultimately” but added that that “is years away.”

He also questions the opinion shared by Gov. Ned Lamont and many pro-legalization lawmakers that legalizing recreational marijuana will in effect wipe out the black market.

“For people who haven’t been trying it, yes,” he said. “But if they wind up taxing the hell out of it, that will make it too expensive for consumers, who will go to the black market.”

Longtime users, he added, “already feel comfortable there — they have longstanding relationships, trust who they’re getting it from, they’re happy with the product and it costs a third of legalized weed. That’s why I hope they keep taxes low, and illegal enforcement high.”

As the law is currently written, the retail sale of recreational marijuana in Connecticut includes the state’s usual 6.35% sales tax, a 3% sales tax for the municipality in which the sale occurs, and a tax based on THC content that will cost roughly 10 to 15% of the sale price.

“In total,” according to the state government’s website, “the tax rate is expected to be approximately 20% of the retail price of cannabis, in line with the tax rates in Massachusetts.”