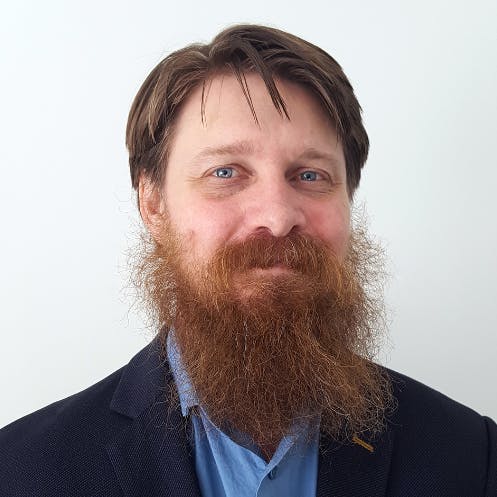 While federal Canadian law says Canadians are entitled to grow up to four cannabis plants per household, two provinces, Quebec and Manitoba, have denied this right to their citizens.

Instead, both provinces argue they have the right to regulate not only how their residents grow cannabis, but also to to ban it entirely, invoking the need to keep it away from minors.

So far both provincial laws stand, although two groups are actively challenging them. One, in Quebec, successfully challenged the law in 2019 and another in Manitoba is seeking to do the same later this year or early next.

The 2019 court ‘win’ is still stuck in the appeal process

In Quebec, a team representing a Quebecer named Janick Murray Hall successfully challenged his province’s ban on growing cannabis at home in 2019 in a Quebec Superior Court.

The judge in that case ruled against the provincial government’s ban, but the province quickly appealed the ruling, meaning their law stayed in place, pending appeal.

That appeal has been in process since then, and the lead attorney on that case, Maxime Guérin, says he expects a ruling later this summer or fall.

The same struggle has been slowly moving forward in Manitoba, as well. A Manitoba resident, Jesse Levoi, filed a challenge.

Part of the push and pull between the provinces comes down to an issue of how much control a province has over its own jurisdiction.

Federal cannabis law is written under the criminal code. The legal precedent in criminal law in Canada is federal jurisdiction. The “spirit” of the federal regulations, argues the federal government, is to create an allowance for access to cannabis, including possession and growing.

It places limits, such as not allowing more than four plants, and allows provinces jurisdiction over how those plants are grown, and how many.

There are further restrictions as well. Property owners, landlords, and condo boards also have the right to place limits on whether or not cannabis can be grown on property, and municipalities can also place further limits on how and where cannabis is grown.

These restrictions do not apply to most who are authorized to grow for personal medical use.

The right to grow four plants

Banning growing cannabis entirely is against the spirit of federal law. Provinces can limit it, place restrictions on how it’s done, but they can’t prevent that right, which all Canadians are afforded, says the federal government.

So far, no other provinces have set a limit lower than four plants, but some do have rules around how they are grown. All provinces also require any cannabis grown comes from seeds purchased through their system. Or, perhaps, by a miraculously diverse bumper crop from your friend’s legal plants.

Rules around growing cannabis at home vary by province

While Manitoba and Quebec are the only provinces to ban homegrowing altogether, other provinces rule how you grow those four plants.

British Columbians are required to keep plants out of view of the public. In New Brunswick and PEI, indoor plants have to be locked away, while outdoor plants must at least be behind a fence and out of public view. Newfoundland and Labrador don’t allow cannabis to be grown outside at all.

Attorney says banning it entirely is taking it too far

By not just placing limits on, but banning it entirely, says Guérin, they took it too far.  Whether either side will appeal this ruling as well—taking it to the Supreme Court— isn’t clear, he says.

While his team is prepared to, he says he’s unsure the province would be willing to risk potentially losing in the Supreme Court and creating a precedent of this aspect of federal jurisdiction over Quebec’s own rules.

As to why they’ve even gone this far, he says he does think part of it is the typical struggle of provincial and federal politics, but there’s also a dislike of cannabis itself.

“In French, we have a very good expression that we are pulling the bed sheet: ‘Tirer le bord de la couvert’—’they try to take it all for them,’” he continues. “What I mean by that is that yes, the provincial government for sure is trying to be a bit more independent, because that is always the fight.”

“But I also think that in the end they really don’t like cannabis, so I think there is more of the hate of cannabis than there is them trying to make the argument on (distribution of powers), but there is a good mix of both.”

Manitoban Jesse Levoie has also filed a constitutional challenge in 2020 to his province’s ban on growing cannabis at home. With a court backlog due to covid, he says he expects it to make it to court late this year or early next.

Manitoba has made similar arguments as Quebec in regard to their right to ban residents from growing cannabis, in order to protect kids. Levoie hopes to overturn that as well, and says they have been watching how things go in Quebec.

In the meantime, he’s been trying to draw attention to his cause, with events around Winnipeg, including a recent one in August to commemorate the one-year anniversary of him filing his challenge.

“We have gained overwhelming public and political support for our cause,” says Levoie. “I am beyond grateful for everyone’s support.”

Provinces motivated by an anti-cannabis attitude

Daniel Chornopyski with Chornopyski Law in Manitoba, Levoie’s lawyer, says he won’t speculate on any larger jurisdictional goals but says he thinks the province is certainly motivated by an anti-cannabis attitude.

“It is clear enough from the Government of Manitoba’s legislative approach and their response to this action, that they still view homegrown cannabis as a crime and punishment issue,” says Chornopyski.

As in Quebec, he suspects the Manitoba government will appeal any ruling that goes against their homegrow ban.

“That largely depends on the government of the day, and what the Court will decide,” he explains. “If the Court decides in our favour, and the current provincial government remains in office, I anticipate an appeal.

“We hope this process does not take years to reach a final determination, but we aren’t going anywhere until we exhaust every avenue in attempting to achieve justice for all Manitobans.”