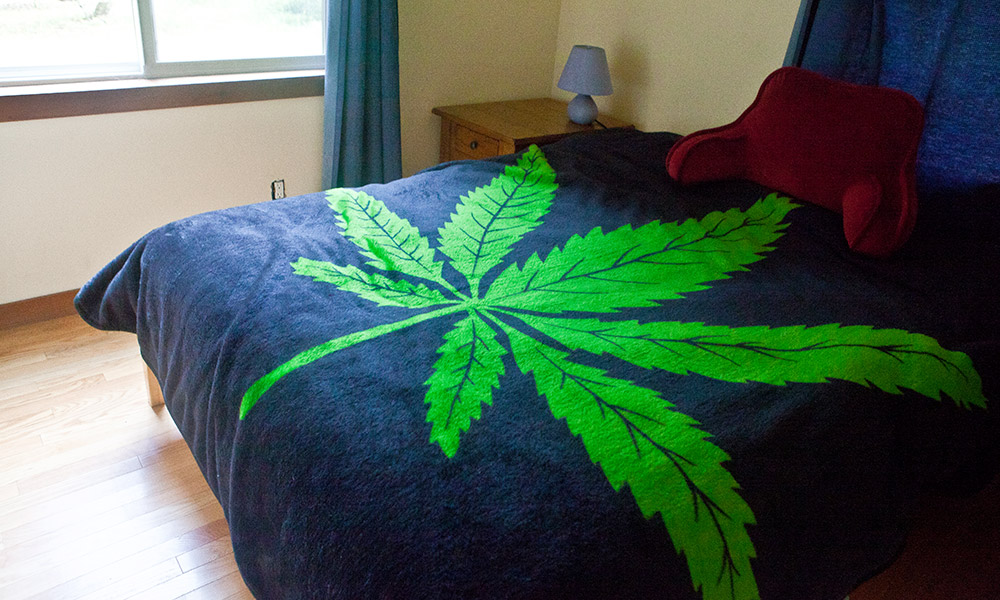 Sleep. It is the act of putting one’s mind out of its misery for a few hours each night so they can face the day ahead with hopefully fewer glimpses of darkness and despair than the day before. This is always the goal. But sadly, while catching 40 winks is one of the most natural aspects of existing on this planet as a living, breathing organism, it is not always as easy to achieve for some of the more restless of the breed.

Statistics from the American Sleep Association show that in upwards of 70 million adults in the United States alone suffer from some form of sleep disorder. The group goes on to say that 30 percent of the population is doomed to endure a vicious case of insomnia at some point before, ironically, drifting into the great unknown — the eternal sleep — death.

Sure, we will all sleep when we’re dead. But we are exhausted right now, and how many hours of Netflix can we possible binge watch — none of it is worth a d*mn anyway — and, sweet Jesus, what dog known to man is capable of barking all night long and, dear god, there’s only an hour left before its time to get up for work and there isn’t enough coffee in the world that can resurrect our half-dead shells in a way to make us as productive as the boss is counting on us to be. Have mercy on the poor souls that dare greet us with “good morning,” following a frustrating night like that.

So it is essential for humans to get substantial sack time. Cannabis is said to be the ticket to such slumber. But there are a lot of conflicting reports regarding this phenomenon. Some researchers claim that weed is good for sleep, while others say it is more likely to disrupt sleep patterns and contribute to further exhaustion. So, for the sake of this article, we are going to disregard 90 percent of the studies published on this topic.

We are, however, going to shine some light on a massive collective study conducted last year by the National Academies of Science, Engineering and Medicine — a group consisting of the leading scientific minds in the country. This research shows there is enough evidence to conclude that marijuana is an effective remedy for insomnia. Still, it is important to point out that the results are not absolute, as everyone is different.

The real science behind cannabis and sleep lies in the type of pot a person consumes and the dosage.

As a rule, indicas are recommended for people with insomnia, since these strains are designed to provide the user with a more relaxed, sleepy state than sativas, which are known to produce an uplifting, introspective buzz that can help solve all of the world’s problems. There is even some evidence that suggests older cannabis brings on sleepier effects than raw marijuana. This is because it has a higher level of cannabinol (CBN).

It is also recommended that insomniacs avoid high-THC strains before bed. These breeds have a tendency to invoke more anxiety, which can make it more difficult for the user to settle into the sack. But don’t avoid THC altogether, just find a delicate balance between the THC and CBD compounds. Not matter which strain ultimately becomes the go-to, maintaining a proper dose is critical. Too much weed before bed can lead to a bit of a hangover in the morning — an almost worse side effect than sleeplessness.

But for those dream warriors out there, those who relish in delusions and nightmares that come to them in their unconscious state, cannabis consumption may not be the best method for inducing sleep. Cannabis has been shown to disrupt the final stage of the sleep cycle known as REM (rapid eye movement). Incidentally, this is where dreams happen. This is the reason people suffering from PTSD often gravitate toward cannabis — fewer flashbacks and nightly haunts. But the good news is, cannabis users can always get their dreams back on track. The only caveat is that they must take a break for getting high.

“People who use marijuana, they tend to suppress REM sleep, they have less REM sleep,” Dr. Samoon Ahmad, a practicing psychopharmacologist and psychiatrist, told Business Insider. “And when they have less REM sleep you’re going to have fewer dreams because dreams only happen during REM sleep. So, for a long time people didn’t recognize this, but once people stop smoking, suddenly there’s a rebound phenomenon where people can have quite vivid dreams.”

So, while cannabis can literally crush your dreams, it is beneficial in helping insomniacs to rise above this dreadful condition. And don’t worry about missing those mental vagaries of the night. There is always plenty of time for fantasizing while you’re sitting in your cubicle, driving around on a fork truck or whatever it is you do for a living. Otherwise, you might find yourself stuck in a situation for which there is no escape. And we’re sorry to report, no amount of marijuana is going to help pull you out of mediocrity.

TELL US, do you use cannabis as a sleep aid?