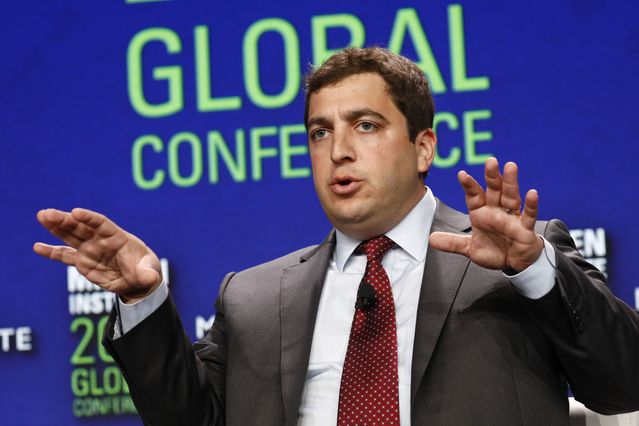 “American consumers are choosing cannabis for well-being,” Kovler said, “and that’s driving a surge in this industry—not growth, it’s a surge.”

The Chicago-based firm after the market closed on Wednesday reported second quarter net income of $22.1 million, or 10 cents a share. Analysts had been forecasting earnings of eight cents a share. Sales of $221.9 million were up 14.1% from the first quarter and beat consensus estimates at $207.5 million. Kovler notes that in the U.S., industrywide second-quarter retail sales were $6 billion, implying $24 billion annualized.

“That’s a $24 billion industry that we think is easily going to triple,” Kovler said. “That’s wild. That doesn’t really happen.”

He added that the firm is “rapidly growing sales and revenue, profitability, and a strong cash balance sheet—which are all quite different than more well known CANADIAN cannabis companies as a group, that released mediocre earnings in the past 2 weeks.”

Earlier this year, Barron’s wrote that Canadian cannabis companies have disappointed eager investors despite such companies’ easier access to capital via listings on senior U.S. exchanges. Though American cannabis companies can’t list on the New York Stock Exchange or Nasdaq because cannabis is illegal at the federal level, firms like Green Thumb have produced profitable operations.

A morning briefing on what you need to know in the day ahead, including exclusive commentary from Barron’s and MarketWatch writers.

Aside from consumer shifts, Kovler pointed to new states like Virginia which rolled out legal recreational cannabis sales this year. New Jersey, New York, and Connecticut will follow soon, as governors from all three states signed recreational legalization bills in 2021, though the rollout time frames for retail sales may vary by state.

At the federal level, Senate Majority Leader Chuck Schumer has made cannabis reform a legislative priority. That said, Kovler says it’s very hard to predict what lawmakers in Washington will do.

“The crystal ball here is no good,” Kovler said. “But what we’ve done is we’ve built a business that’s independent, essentially, of where federal policy goes. We have to comply with the laws, but we’re very comfortable with where we are. The business is cash flow positive, despite the tax regime structure, which is punitive. We’re able to sustain no matter what’s sort of going on, so that’s it’s not a big factor for us when we’re running a business.”

Write to Connor Smith at connor.smith@barrons.com