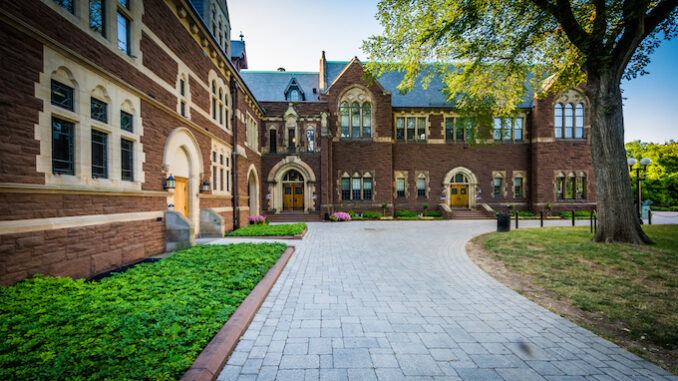 Trinity students are still prohibited from possessing and consuming marijuana on campus despite the state’s legalization of the drug for adult use, according to an email from Dean of Student Life and Director of the Bantam Network Jody Goodman on Thursday, Sept. 23.

“As you may be aware, on June 22, 2021, Governor Ned Lamont signed into law Senate Bill 1201 to authorize adult use of cannabis in Connecticut, effective July 1, 2021,” said Goodman in her message to students. “However, Trinity College must still abide by federal laws that regulate the use of cannabis (marijuana) on a college campus.”

Connecticut became the 19th state to legalize the recreational use of marijuana during the summer when Gov. Ned Lamont signed Senate Bill No. 1201 “An Act Concerning Responsible and Equitable Regulation of Adult-Use Cannabis” into law. People aged 21 years and older have been allowed to possess and consume 1.5 ounces (42.5 grams) of cannabis plant material and up to 5 ounces (141.7 grams) in a locked container at home, the trunk or locked glove compartment of a person’s vehicle.

Drawing from these federal and state regulations, Goodman officially announced that “Trinity College strictly forbids the use, sale, distribution, or possession of cannabis (marijuana) on Trinity College property or at any Trinity College sponsored program, event, or activity, even if accompanied by a medical prescription, regardless of an individual’s age.”

Trinity’s policy applies to (1) any part of the cannabis plant or any product derived from any part of the plant; (2) any THC-containing products such as, but not limited to, cannabis (marijuana) concentrates or edibles, and/or any form of CBD; and (3) any cannabis-related paraphernalia such as pipes, bongs, roach clips, marijuana vaporizers whether unused or decorative.

No changes have been made to the 2021-2022 Trinity College Student Handbook related to the drug and alcohol policies. The Medical Amnesty Policy remains unchanged as well. The Medical Amnesty policy exempts a student who is experiencing a physical and/or mental health crisis due to the consumption of drugs or alcohol from disciplinary action under the College’s Drugs Use and Alcohol provision if it’s the student’s first violation of that policy.

Goodman declined the Tripod’s request for an interview and sent the following response via email instead: “Trinity College must always comply with federal laws. We continue to be concerned about the use of alcohol and other drugs on our campus, which is why we employs [sic] an Alcohol and Other Drug Education Specialist to provide students with education and other resources. Due to the onset of the pandemic, there were fewer students on campus during the 2020-2021 academic year, which resulted in fewer violations”

Chief of Staff and Vice President for External Affairs Jason Rojas, who serves as the Connecticut House Majority Leader, declined the Tripod’s request for comment.