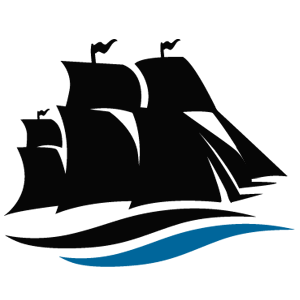 When state legislators next put a survey in their “constituent service” mailings, it should include the question: How many bears will you accept in your neighborhood before Connecticut authorizes bear hunting?

Of course, most people don’t want any bears nearby. But then they don’t like the idea of shooting them either, even as bear sightings have increased sharply in the state in recent years, along with home break-ins by bears, bear damage to crops and livestock, and highway crashes caused by bears.

The logic of Connecticut’s laissez-bear policy is that eventually every town in the state will have at least a few dozen. Then no backyards, playgrounds, farms, and streets will be safe.

Even finding a discreet spot for smoking marijuana may become impossible, since while sale and possession of the drug are now legal, towns are already using zoning regulations to prohibit dispensaries and public smoking, marijuana being OK in principle but dope smokers being even less popular than bears. If the bears claim the woods, where will dope smokers go?

Zoning may prevent poor people from moving into leafy suburbs but bears won’t comply. Sedating and relocating bears is no longer an option, their population already having exceeded what the state’s wilderness areas can support. Waving bears away toward next door or the next town is no solution either, for another bear will follow soon enough.

It’s not that Connecticut’s bears are so dangerous. They’re not grizzlies. But they’re not compatible with civilization either. Everything has to stop when a bear wanders by looking for food, and the animals do damage.

Trouble is always best handled by prevention. Like other hunting, bear hunting can be kept safe by regulation, and not much of it would be necessary in Connecticut if it was undertaken regularly in the northwest part of the state. Deer, while also cute, are often troublesome too, and the state already authorizes and regulates deer hunting.

Even with bear hunting on top of deer hunting, Connecticut will have plenty of wildlife. Chipmunks, rabbits, woodchucks, foxes, opossums, raccoons, bobcats, squirrels, coyotes, weasels, beavers, birds, and more will continue to delight and sometimes annoy. But nature is not always harmless. The state can do without bears just as it can do without wolves and alligators.

With infinite money now at their disposal, how have the federal government and state government managed to botch the rental housing problem so badly?

Government’s closure orders during the virus epidemic crippled the economy and put millions of people out of work. Many couldn’t pay their rent, so then government forbade evictions, disregarding constitutional requirements that property cannot be taken for public use without fair compensation.

Eventually rent reimbursement funds were created but not before many landlords were ruined or nearly ruined financially, and even now much of the money has not been distributed, in part because, with evictions forbidden, renters have had little incentive to apply — just as people have had little incentive to return to work while unemployment compensation exceeds their former wages.

A few weeks ago, the federal Centers for Disease Control and Prevention claimed the authority to forbid evictions. President Biden said this was probably unconstitutional but went along with it. The Supreme Court recently rejected it.

Maybe the government should have simply instructed landlords to send their defaulted rental bills to a government agency for payment. Of course, such a system would have invited substantial fraud, but at least it would have been constitutional.

This mess makes even more ridiculous the sanctimonious prattle about housing that filled the General Assembly a few months ago — the prattle that housing is “a human right.”

Rights are things people possess without having to pay for them — like freedom of speech and religion. There is no housing unless somebody pays for it. But housing can be arranged if the money is appropriated.

Of course, the state legislators proclaiming that housing is a human right declined to appropriate any money so that housing would be free like other rights. The legislators meant only to strike a pious pose. Could they just try to get the overdue rents paid?

Chris Powell is a columnist for the Journal Inquirer in Manchester.