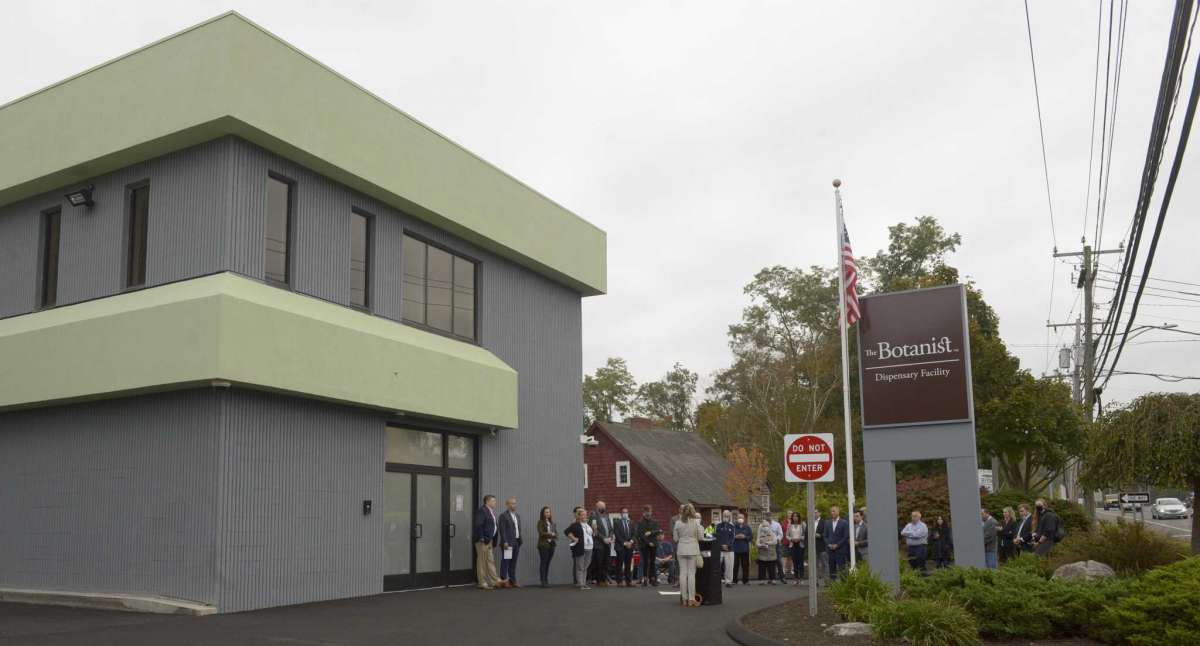 DANBURY – A growing medical marijuana dispensary has completed its expansion from Bethel to a two-story former bank building on the west side.

The former Compassionate Care Center of Connecticut rebranded as The Botanist with its opening Wednesday at 105 Mill Plain Road.

Botanist parent company Acreage Holdings owns three medicinal marijuana dispensaries in Connecticut. The Botanist is also the name of product line for Acreage, which has 18 dispensaries in six states.

The Botanist’s opening comes as the city debates the future of adult-use retail marijuana. Danbury has imposed a one-year ban on all retail marijuana applications to give leaders and planners time to develop regulations about recreational marijuana use.

An advisory group has also been set up to advise City Hall about its options.

Adult recreational marijuana use, which was legalized in Connecticut this summer, is a separate issue from medicinal marijuana.

The Botanist has said it is interested in applying for a license to sell retail marijuana as well.