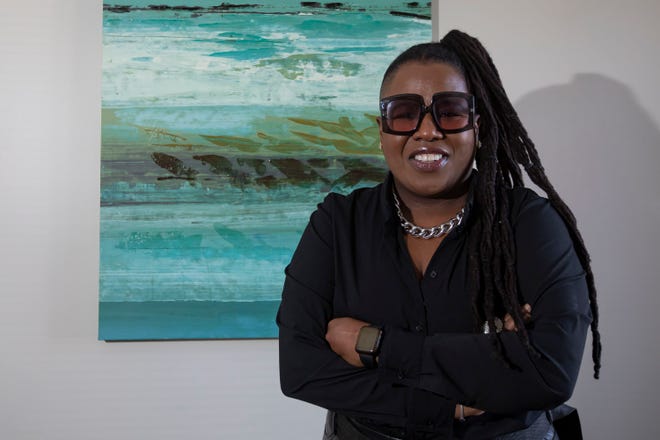 A nonprofit that supports Ohio’s medical marijuana industry is undergoing changes after its CEO stepped down at the beginning of December to make way new leadership.

Ally Reaves, a longtime member of the medicinal cannabis industry and the founder of another regional nonprofit, took the reins of the Pickerington-based Cannabis Can from Bridget Williams, who left the position on Dec. 1.

Reaves is the founder and president of the nonprofit Midwest CannaWomen, which seeks to elevate women in the medical marijuana industry.

She helped found Cannabis Can but had to step away from the group when she took a job with Green Thumb Industries, a Chicago-based medical marijuana company with a processing facility in Milford. Reaves left a job as the company’s outreach coordinator in June.

“I was tired of being governed by the (Ohio) Board of Pharmacy,” Reaves said. “I wanted to keep my ancillary company and continue to do good work.”

Williams remains a board member for Cannabis Can! and will continue to advise the group, but said it was time to focus on her own medicinal marijuana clinic and promoting a book she recently published.

Williams owns and operates Green Harvest Health, which has clinics in Pickerington and the Cleveland suburbs.

“I think it’s going to be a great transition as Bridget hands that over,” said Gabrielle Dion Visca, editor and co-publisher of the online medical marijuana news outlet Medicate OH. “Ally is wonderful.”

Reaves will guide the group as it takes on a new initiative. Cannabis Can, which long has sought to soften the medicinal cannabis industry’s image, wants to expand its scope with the Sustainability Awards, which will be bestowed upon medical marijuana businesses in January.

“I’m looking forward to working together with different organizations that I’m a part of to create a community doing good work with good people,” Reaves said.

While she no longer will be involved in the group’s day-to-day operations Williams said she will help guide the group. The organization can benefit from new leadership, she added.

“Nonprofit work can be exhausting, and to keep fresh energy, you need to rotate things periodically,” Williams said. “I’m looking at this as a way to build new involvement, to make sure we are still doing the work that people in Ohio are looking for us to do.”

The doctor and entrepreneur still will play an important part in the organization, said Cole Wallis, Cannabis Can project manager.

“Her role is primarily to assist in the planning of programming and events to make sure we are sticking to mission and values,” he said.

Cannabis Can wants to accomplish two things with its 2021 Sustainability Awards, Williams said. The group wants to shine a light on progress the medical marijuana industry is making toward environmental sustainability and encourage more companies to adopt sustainable business practices.

The group is partnering with several other organizations to present the awards, including Medicate OH.

“A big part of what Cannabis Can is about is having companies be caught doing good and changing the stigma around cannabis,” Williams said. “So many of them do great work to help Ohio, and the consumers don’t know that.”

Dec. 31 is the deadline to apply for one of the awards.

Williams’ book “Courage in Cannabis” is an anthology and recently became available for purchase. The text has more than a dozen authors describing their experiences as patients or industry insiders and how their work with marijuana changed their lives.

“The authors are from nearly all over the country,” she said. “Several are in Texas, Ohio, Michigan, New Jersey and North Carolina.”

Franny Tacy is one of them. She began planting hemp on a farm in North Carolina in 2017 and now sells hemp and wellness products in her home state, along with South Carolina, Georgia, Florida, Virginia and Connecticut under the umbrella of her company Franny’s Pharmacy.

Tacy wrote about the obstacles she faced getting started in the hemp industry and offers advice to readers. The crop is a close relative of marijuana and was still illegal throughout much of the country when she harvested her first hemp plants.

Dorothy Thigpen, who lives in Columbus, said her mother used marijuana when she went through chemotherapy for lymphoma in the late 1970s and early 1980s.

“The main problem was that she just could not eat, she had no energy, and she was very lethargic,” Thigpen said. “As soon as she tried cannabis, she was craving something to eat.”

Studies suggest that marijuana can treat the side effects of chemotherapy, and a pharmaceutical form of THC is FDA-approved for some chemotherapy patients. However, most doctors stress that more research is needed on the topic.