As North America has settled comfortably into its recreational era, I’m thinking about the future of cannabis consumption.

While aficionados of the plant rightfully have many concerns about the pharmaceutical industry’s evolving relationship with marijuana, I’d argue that the future of cannabis is based on certain pharmacological principles — those of consistency, predictability and repeatability.

And a large part of that equation leads us to the importance, and even necessity, of microdosing cannabis.

We already know that the future of cannabis revolves around the consumers who have yet to walk into a marijuana shop. The existing ganja markets have progressed substantially — but the industry is currently looking to untapped markets for future growth.

The Santa Monica mom or Toronto dad who never got their medical marijuana recommendations but are curious about the ease a recreational shop offers in the months to come? These are the personas that marketing executives are now targeting from El Paso to Saskatoon, from San Diego to Bangor.

But how does legal cannabis appeal to this cautiously careful rookie demographic?

By offering these potential new adopters a consistent, predictable and repeatable high — the kind of pinpointed experience they’ve rarely, if ever, enjoyed from the cannabis plant.

It’s part of the beauty of cannabis, really: This is a plant, a living being, with the haphazard inconsistency that comes along with that. But now that cannabis is a government-regulated commodity and states are testing marijuana flower and pot products for potency, these growers and producers face responsibilities that black market operators never had to bother with. 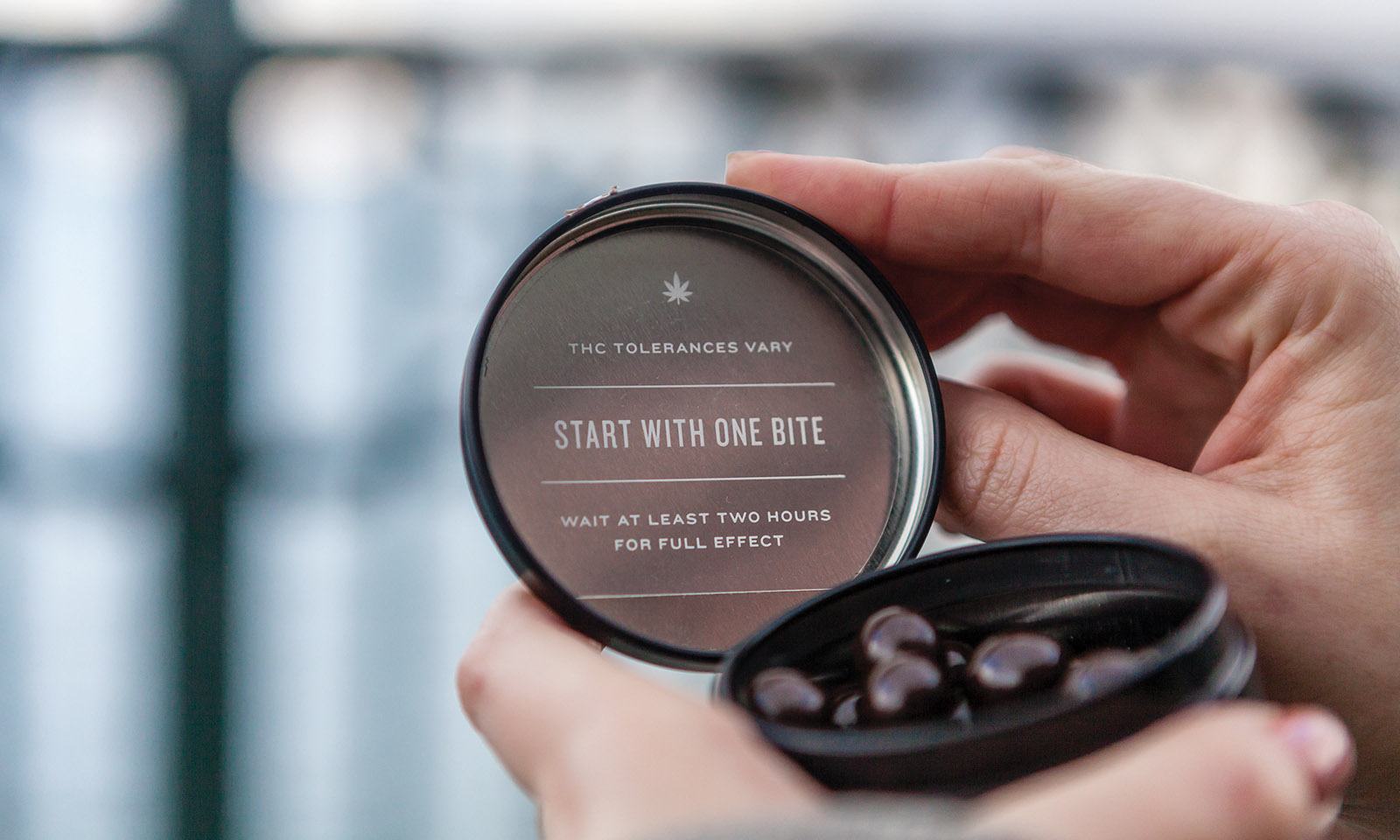 And I should know. Five years ago, I wasn’t consuming cannabis at all. I don’t smoke anything, and so my only real experiences with marijuana came from the occasional random pot brownie, all of which were just that: random. But when a friend first offered me a square of his state-regulated infused chocolate bar — with a label that explained that each break-apart piece included exactly 10 mgs of activated THC — I was immediately intrigued.

And after a number of consistent-ish experiences with that brand, where I was able to repeat my cannabis high for the first time in my life, I was immediately won over. I remember my third or fourth nibble of edible marijuana — riding that giggly high and marveling at how much fun I was having on this new-to-me substance — thinking that I suddenly and unexpectedly had a new favorite drug.

And that’s how a new adopter is won over — but I would never have come over to cannabis were it not for edibles (aka non-smokables) and, more importantly, a consistent product.

And that’s where microdosing comes in.

For most states, a single serving of edible marijuana is 10 mgs of THC. I’ve made this unpopular argument before, but that’s way too high for most people — from the new adopters dipping their toes in the water to the veteran smokers whose tolerance is inhalation-specific.

But 2.5 mgs of THC? That’s a friendlier dose. It’s still too much for some, but it’s more realistic than 10 mgs, and it also allows patients and recreational consumers to experiment more thoughtfully and carefully as they figure out their specific tolerance.

If we time-traveled back to my early experiences with state-regulated edibles in 2013, you’d find me in the kitchen with a cutting board and steak knife trying to accurately split apart a 10 mg square of chocolate into four pieces. Of course, it was an exercise in futility; The weed candy bar split evenly apart at its molded seams, but nowhere else.

I didn’t know it then, but I was microdosing — learning from a previous experience that 10 mgs was too much for me, but roughly a quarter of that was juuuuust right.

All these years later — basically decades in cannabis time — brands from California (Kiva) to Colorado (Sweet Grass Kitchen) to Washington (Willie’s Reserve) are selling microdose edibles, recognizing the new market demand for these kinds of products.

And to think that microdose edibles weren’t anywhere to be seen back when Colorado and Washington first started slinging retail cannabis back in 2014.

Microdose edibles aren’t only for the noobs.

And that comparison is everything.

While alcohol is certainly deadlier and more addictive than marijuana, the legal booze market has decades on legal weed — and in that time brewers and distillers have pinpointed their products’ potency, giving consumers the confidence and trust to develop loyalty to brands because of how those drinks affect them.

And that’s the next stage for the cannabis industry: Producing an intimately repeatable experience for consumers looking for that “I’ll-have-a-PBR” equivalent. And microdosing is key to this trust-building exercise, especially for the wide-open demographic awaiting their first experience with marijuana — or at least their first in a long while.

TELL US, have you tried microdosing cannabis?