Home Marijuana News Most murders in New Haven are unsolved but who cares? – Journal Inquirer 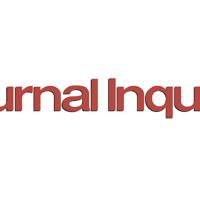 Last week New Haven Mayor Justin Elicker got a slap in the face from the city council, the Board of Alders, which rejected his nomination of Acting Police Chief Rene Dominguez to become permanent chief, despite her creditable 20 years with the city’s police department. The board’s complaints against Dominguez were that she hadn’t produced a plan for improving the department, the department’s upper ranks have lost members of racial minorities, the department is out of touch with the community and needs to look more like it, and the department has failed to solve most of the city’s recent murders.

But it’s remarkable that anyone would want to be police chief in New Haven in the first place. Because of the city’s awful demographics — its poverty, its high population of criminal offenders and former offenders, and its many neglected children — the city long has had trouble keeping good officers and teachers. Dominguez herself recently applied to become chief in Ansonia. Rather than try to placate the Board of Alders in a second bid to become chief, she will retire from the department when her successor is chosen.

If New Haven’s police don’t get along well enough with city residents, it doesn’t help that so many city residents break the law and have family members who as a result resent law enforcement. This trouble is reflected by city government’s recent creation of an agency to help offenders returning from prison stay out of trouble. As for the inability of the city’s police to solve most of the recent murders, many city residents must know or suspect the perpetrators but aren’t saying.

Politics is also a problem in New Haven. It is often cutthroat, much patronage is available from city government, and many people can’t make as good a living outside government as they can make inside. Reflecting on the rejection of Dominguez, the mayor acknowledged political obstacles.

Of course New Haven isn’t peculiar in these respects. They are also reflected in Connecticut’s other large cities. But because of the increased number of murders, crime lately has seemed far worse in New Haven. If state government ever wanted to do more than throw money at the cities it might ponder New Haven’s inability to solve most of its murders. Outside the cities such haplessness might be considered a scandal. But apparently Connecticut considers unsolved murders in New Haven and the other cities to be the natural order of things, and considers the purpose of the cities to be mainly to contain the troublesome.

Throwing money at the cities has enabled them to maintain the veneer of civilization, though their schools hardly teach, stuck with so many fatherless children unprepared to learn, and their police barely keep order amid so many people who feel little attachment to society.

Throwing money has not addressed the social disintegration. It has just kept many people comfortably employed by government and sustaining the regime, which cares only for their votes at election time. So Connecticut’s cities remain poverty factories.

It is probably too much to ask state government to audit its expensive comprehensive failures, starting with its urban and education policies, since those policies have so many dependents. But how about the discrete problem of New Haven’s many unsolved murders? Couldn’t state government at least notice them and, say, assemble a special squad of investigators to help solve them and dispel the impression that no one outside the cities cares?

ANOTHER GREAT BUSINESS: If, as it often seems, abortion rights are the second highest objective of government and politics in Connecticut, following only the contentment of government’s employees, California suggests that Connecticut is missing a great opportunity. Anticipating the Supreme Court’s reversal of Roe v. Wade, leading California Democrats propose to make California a “sanctuary” state for abortion and even to pay out-of-staters to travel to get their abortions there.

California has that much extra “emergency” money from the federal government.

But for most Americans California is far away. Being in the populous Northeast, Connecticut might turn abortion into economic development, since it might fit right in with the state’s recent ventures into marijuana dealing and sports gambling.